The Royal Golf Dar Es Salam is only fifteen minutes from the centre of Rabat, capital of the Kingdom of Morocco. The quality of a course is judged not only by the bounty of nature at the heart of which it takes place, but also by the complexity and balance in its design. It is spread over 440 hectares of trees, flowers, water and has courses appreciated by real experts.

The result was that three layouts were carved out of the Zaers forest, creating one of the top golf venues in Morocco and in all of Africa. The 18-hole Red is the toughest of the three tracks at Dar Es Salam, measuring a whopping 7,372-yards with a par of 73. The 18-hole Blue course is less demanding but testing nonetheless whilst the 9-hole Green circuit has been designed for a more relaxing game of golf.

“The specification for Royal Rabat exactly matched his style,” wrote Pat Ward-Thomas in the New World Atlas of Golf. “It was to be a course fit for a king – Hassan II of Morocco, the most enthusiastic golfer among contemporary royals.

The tingle of anticipation, which every true golfer feels on approaching a course, begins at Rabat with a salute from the guard at the imposing mosaic gatehouse. The drive to the clubhouse makes its way through the stands of cork oak from which Jones carved the course, and the visitor’s first feeling of anticipation is tinged by a more guarded feeling, almost of trepidation; he will come to an intimate familiarity with the cork oak, with its drab, olive green leaves, gnarled branches and trunks that are stripped annually of their outer layer of bark, leaving them smooth, pink and bare. (They are blushing for their nakedness, as the Spanish saying has it.)”

Robert Trent Jones certainly pushed out the boat when designing the Red course. Apart from the customary splashed bunkers, doglegged fairways and raised greens to be found on most of his layouts, he also shipped in some Roman column ruins – found between holes 11 and 12 – from the ancient city of Volubilis.

The signature hole on the property is undoubtedly the par three 9th where the tee shot has to carry a lily pond, complete with wading flamingos, to a shallow island green surrounded by flowers and trees – definitely one for the camera.

At Royal Golf Dar Es Salam, the Blue Course is known for its variety, hiding its greens behind doglegs and fairway turns. The 18-hole Robert Trent Jones-designed golf course is part of the 45-hole Dar Es Salam layout, located 15 minutes from the center of Rabat, capital of the Kingdom of Morocco.

While the Red Course is particularly long, Dar Es Salam Royal Golf Club’s Blue course is the more difficult layout at the club. Known for its numerous fairway bunkers, the Blue course winds through a forest of cypress, palm, and cork-oak trees, covered with hibiscus, hyacinths, and banana plants. The lush landscape provides natural water hazards in addition to beautiful scenery. The greens are hidden behind doglegs and the fairways are lined with trees. Although it is less difficult than Royal Golf Dar Es Salam’s Red course, the Blue can turn into quite a challenge if played too casually.

This nine-hole course has been designed for a quick round tour or a lesson on the course, for a less competitive and more entertaining golf with friends.
Its course is built on simpler concepts, but without departing from the variety and movement.
Here, no par 5, but it offers four par-3 with lengths from 142 to 197 yards with various solutions and fun, in a generous nature. that welcomes gracious oxen, small white birds with long legs and the orange beak … 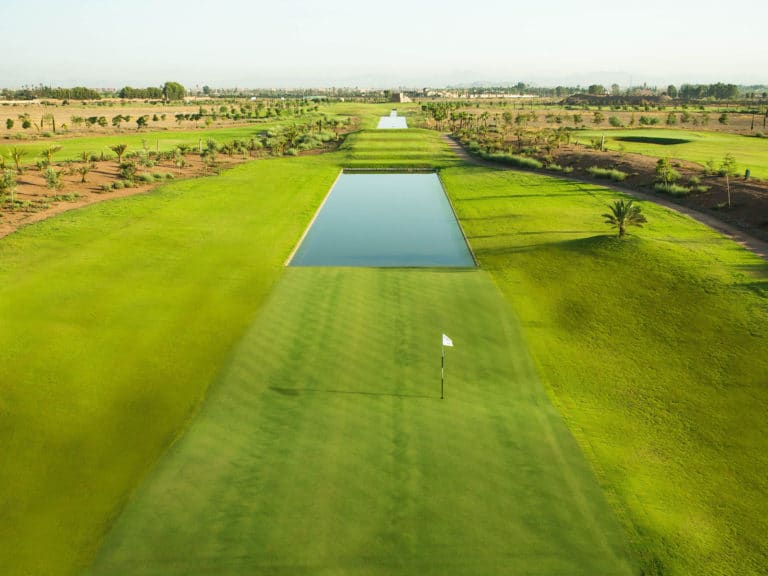 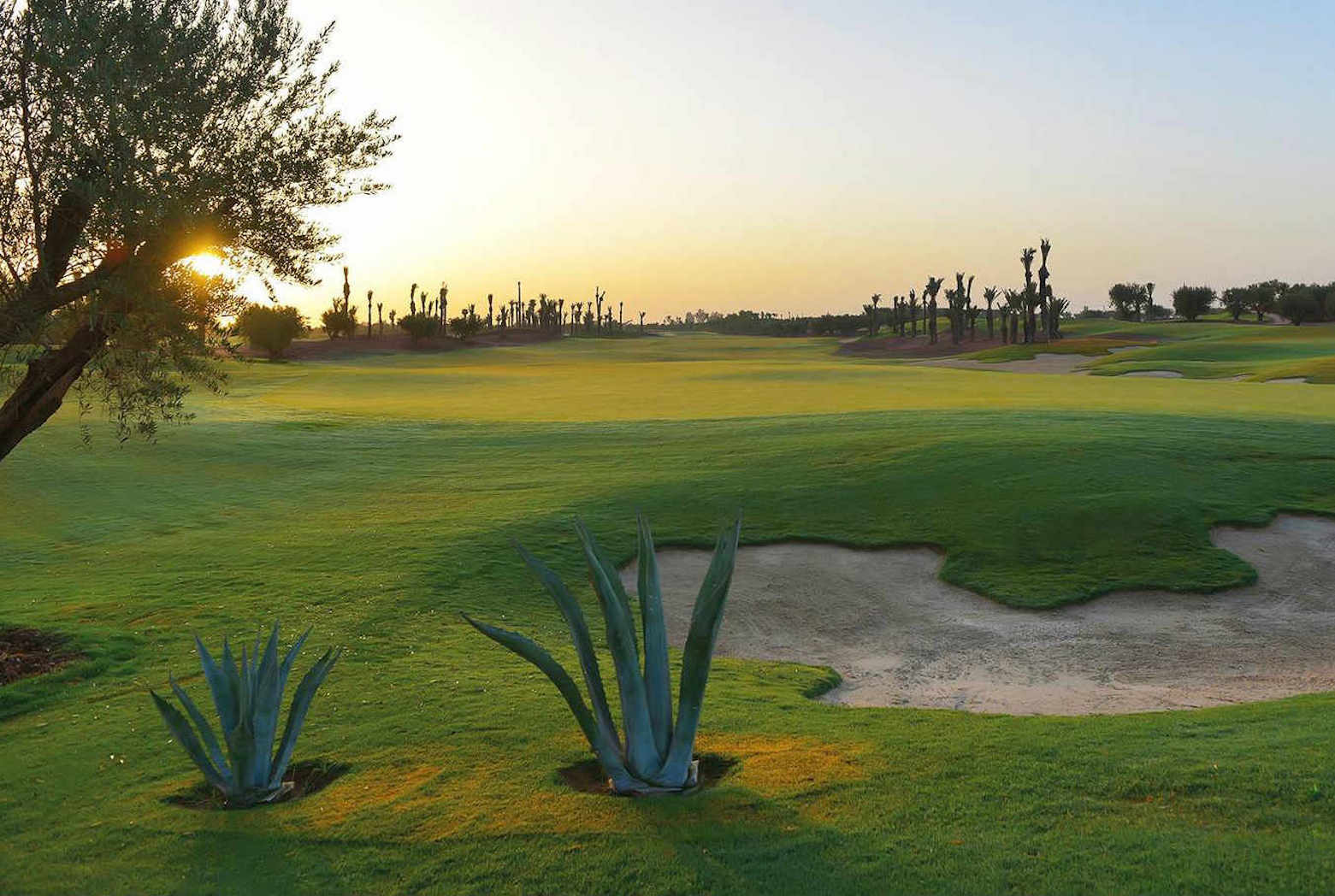 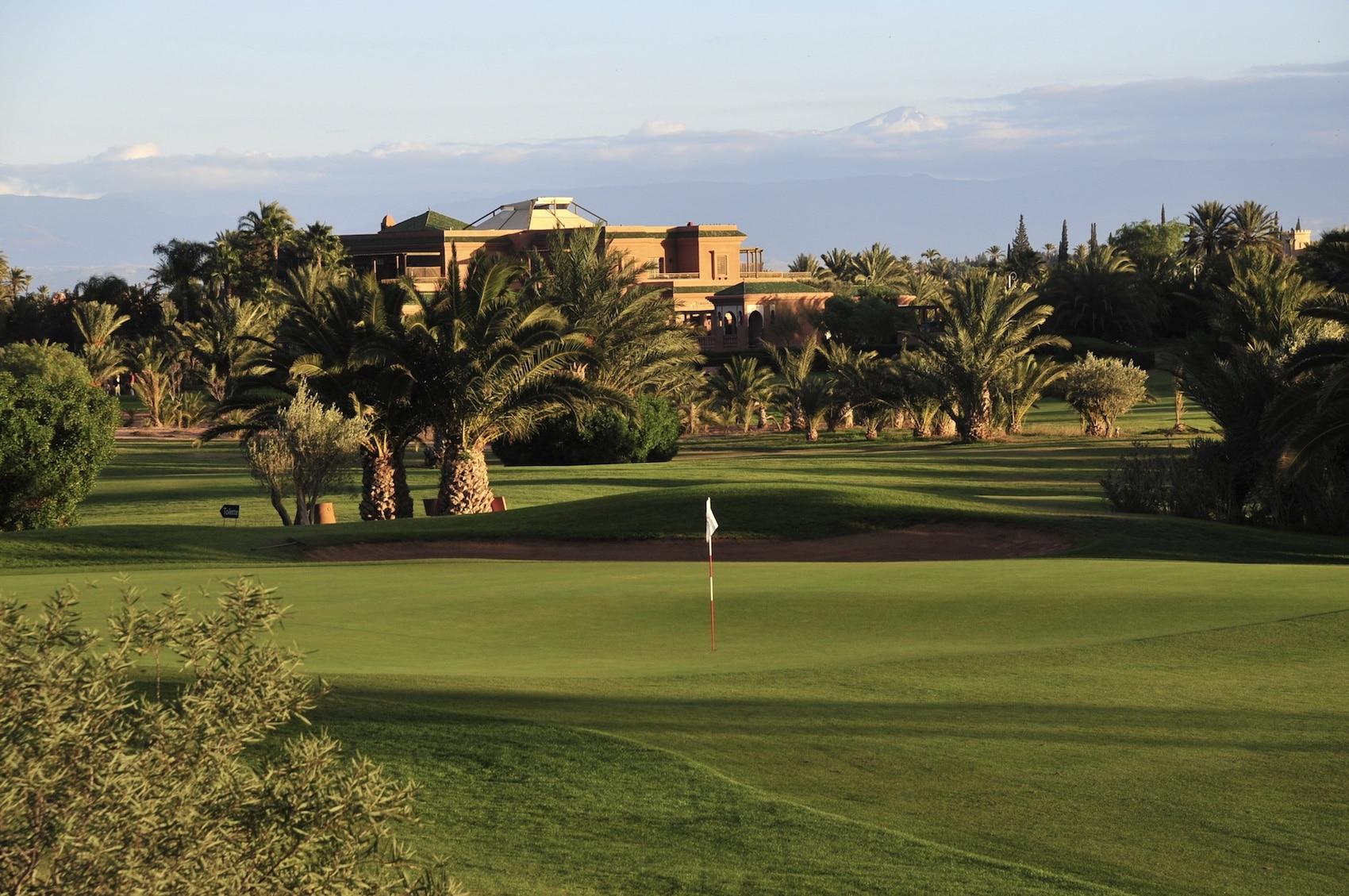