The renowned Makai Golf Club at The St. Regis Princeville Resort is a Robert Trent Jones Jr. design, which opened in 1971 and was redesigned in 2009.

The Makai Course winds its way around serene lakes, native woodlands and the spectacular coastline with views of Bali Hai and Hanalei Bay. The course plays to a par 72 with four different sets of tees that can be stretched to more than 7,200 yards from the tips.
The recent renovation by Robert Trent Jones Jr. features the introduction of Seashore Paspalum turf grass on to all fairways and greens, providing spectacular playing surfaces for golfers of all skill levels. Additional improvements include the reconfiguring greens complexes and green surrounds, as well as bold reshaping of all bunkers.
The course doesn’t wait around to introduce the golfer to the ocean as gorgeous views are on display behind the 2nd green, a 611 yard par five. The 446 yard 6th hole is another favorite of visitors as you play right towards the rocky north Kauai cliff edges with the ocean as a backdrop and Queen’s Bath situated in the lava rock below the green. The terrain is less dramatic, demanding, and doesn’t feature as much jungle as the Prince course, which should appeal more to ladies and higher handicappers looking to enjoy Hawaii without going through a dozen balls. In conclusion, Makai is really impressive and has successfully shed the “ugly step sister” status and now stands on its own merits as one of Hawaii’s finest tracks.

Signature Hole:  3rd – 181 Yard Par 3 –  As such, one of the most captivating holes on Hawaii’s garden isle; Makai’s stunning par three 3rd hole. Standing on an elevated tee with views of the rugged northern Kauai mountains and brilliants blue ocean in the background, this downhill par three plays over jungle to a green protected by two bunkers on the left and a pond in the front. It is simply one of the most gorgeous views from a tee box.

Best Par 5:  18th – 567 Yards – The risk/reward par five 18th is a beautiful and exciting finishing hole. At 567 yards, the hole is reachable in two, especially when you consider how much yardage can be reduced by cutting off the dogleg and attacking the green over the water rather than laying up. The fairway wraps around to the right of the pond and offers an alternate route to an aerial approach over the pond fronting the green. Hitting a draw off the tee can leave you with a mid to long iron into the green and whenever I can reach a par five in two with an iron in my hand, it is the automatic green light to take a rip at it.

Best Par 3:  7th – 213 Yards – When you golf in Hawaii, you hope you play some holes along the ocean. Makai’s 7th hole comes through with a dazzling one-shotter that plays over an ocean cover to a green surrounded by bunkers. The walls of the cove ravine are covered in thick foliage all the way down to the lava rock below. #3 and #7 are as pretty of a pair of par threes we can recall seeing on the front nine of a course.

For the casual golfer who wants to enjoy a leisure round of golf with family and friends, Makai Golf Club is also proud to offer the popular 9-hole Woods Course. The Woods Course is a fun and relaxed layout, winding through the native woodlands of Kauai’s north shore. 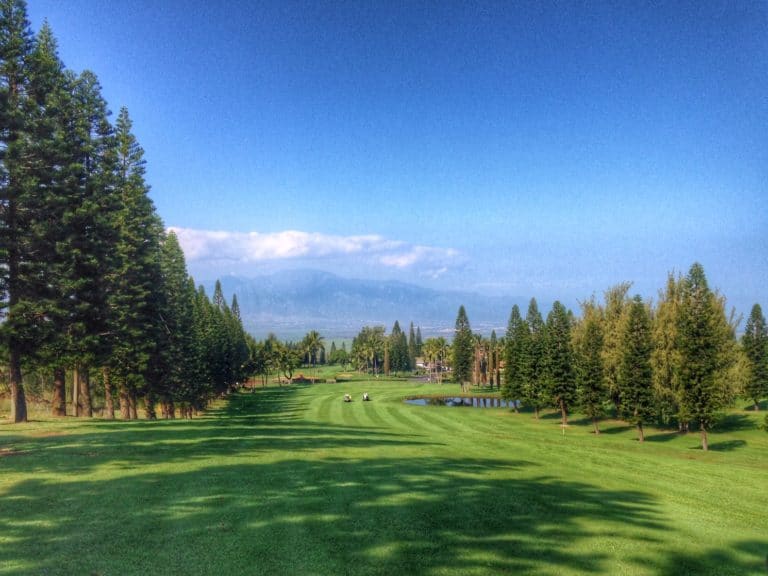 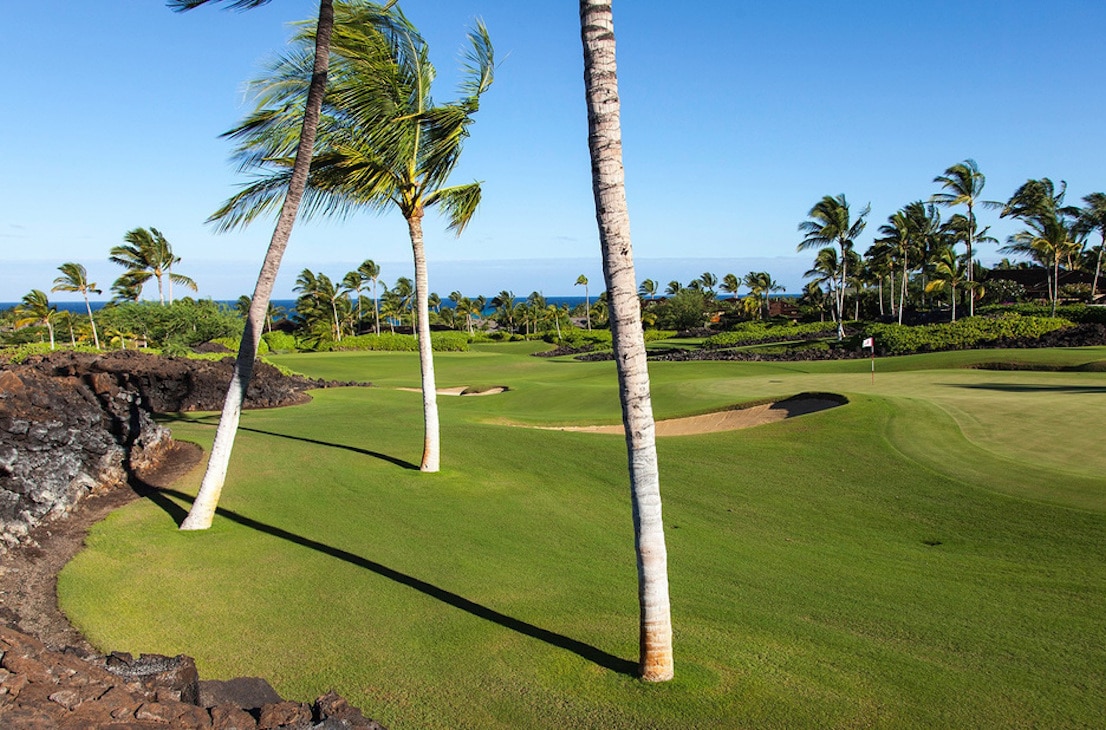