Brora Golf Club was established in 1891. Originally 9 holes until around 1900 when the club was extended to 18 holes. In 1923 James Braid, five times Open Champion and a prolific designer of golf courses, was invited to visit by the club committee. This he did in 1924 and for the princely sum of £25 plus travelling expenses, submitted plans for a redesigned 18 hole layout. This was largely implemented as he suggested and remains mostly unchanged to this day. It remains a fair and challenging test of true links golf.

Scotland has dozens of famous classic links courses but Brora Golf Club is probably the least well known and this most northerly course really does deserve to be discovered. When Brora Golf Club was founded in 1891 the members played on a nine-hole course and the Secretary of Royal Dornoch Golf Club, John Sutherland, later extended it to 18 holes. J.H. Taylor made further changes following a visit and, in 1923, James Braid was commissioned to redesign Brora and little has changed since.

It’s a traditional out and back layout with the opening nine holes hugging the North Sea coastline. We can think of no other course in Scotland which has so many holes playing so close to the sea. What’s more, there are no dunes to obscure the magnificent seascape, but the downside is that when the wind blows, you’ll have to hold on to your hat. The ground undulates gently and you can expect to encounter the odd wily burn and a series of electric fences, which do a fine job in keeping the grazing animals off the fast Brora greens.

Measuring 6,211 yards from the back tees, Brora is certainly no championship layout, but playing to handicap will be a real achievement, not only because the greens are tough to hit and tough to read, but because it’s even tougher to concentrate on your golf in these breathtaking surroundings. When you arrive at the 2nd tee, you’ll know what we mean. The tee is sited on a small promontory directly next to the beach and from here you are presented with the most arresting view along the full stretch of the coastline.

There are so many great holes, but the 9th, a 162-yard par three called Sea Hole, is our favourite. It will come as no surprise that it’s a visually attractive hole, where the North Sea is a rather large lateral water hazard.

The back nine at Brora Golf Club

The inward nine holes follow the fence line of the bordering croft land, with out of bounds to concentrate the mind. Of the two short holes, the delightful 13th, Snake, winds back towards the sea, whilst the 18th contains all the concerns of protecting a score against a bunkered green a two hundred yard carry away and under the scrutiny of the clubhouse windows. The closing hole is a tough par three where the tee shot must carry across a deep gulley to a green which seems to be too close to the clubhouse for comfort. 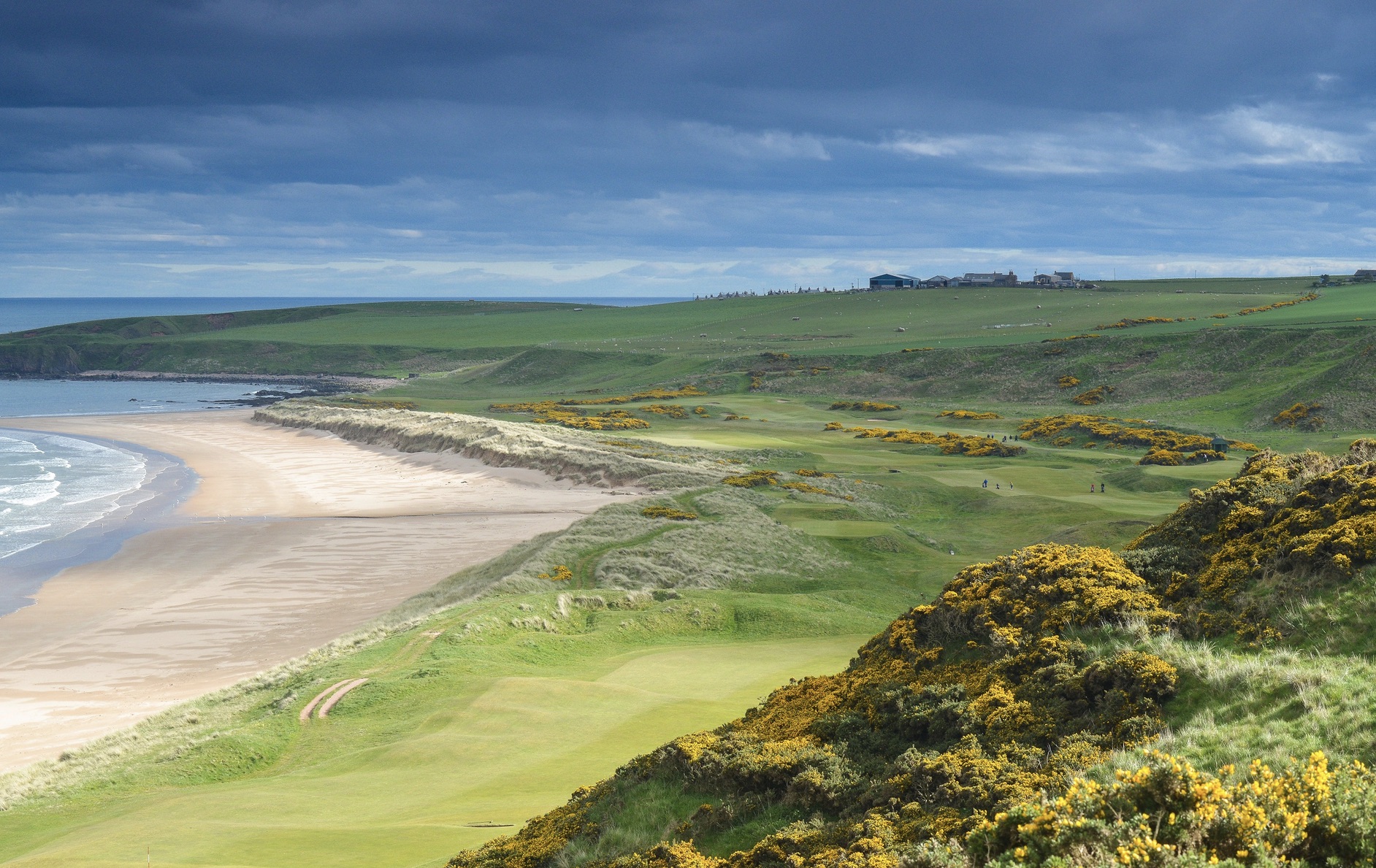 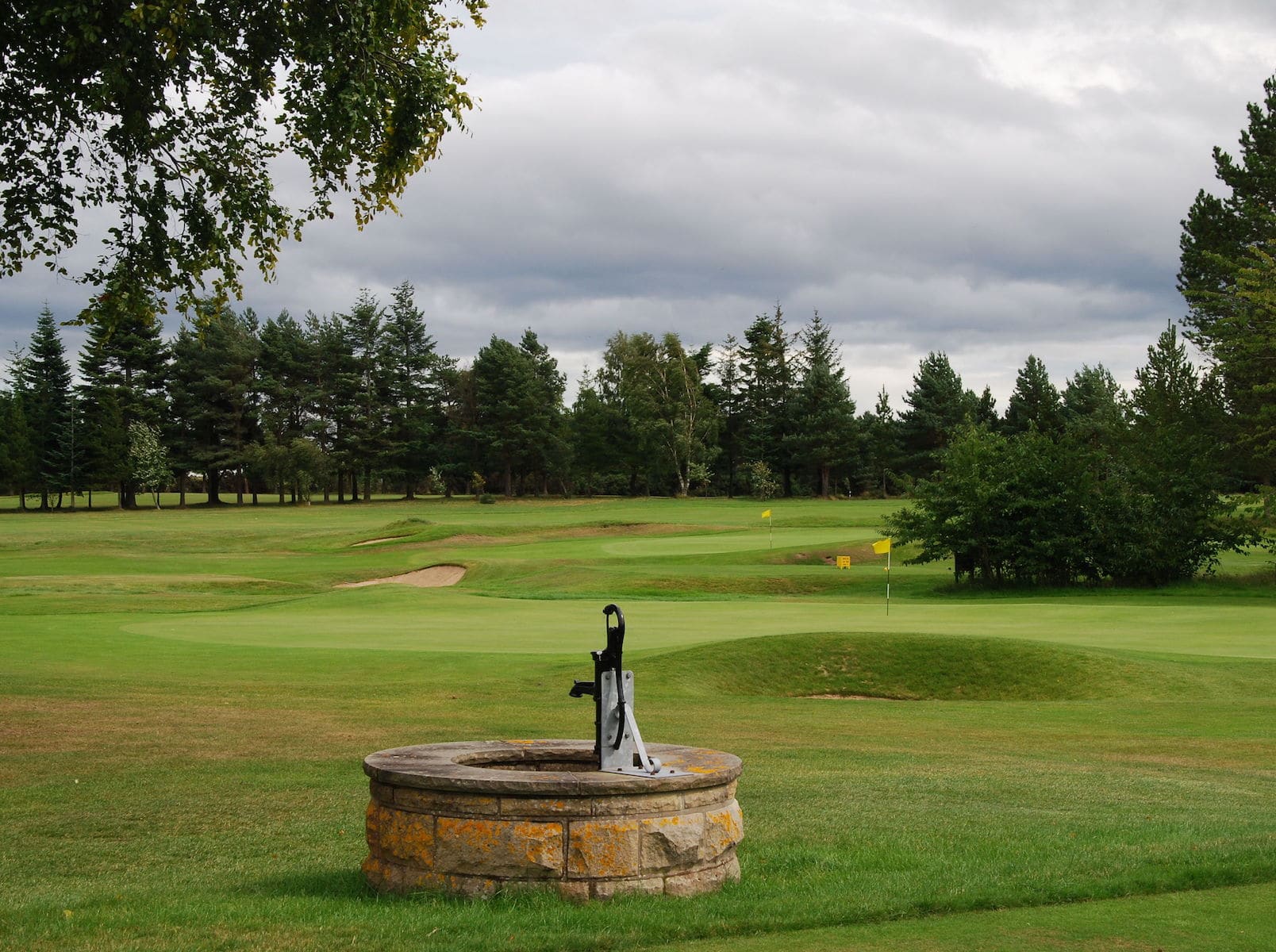 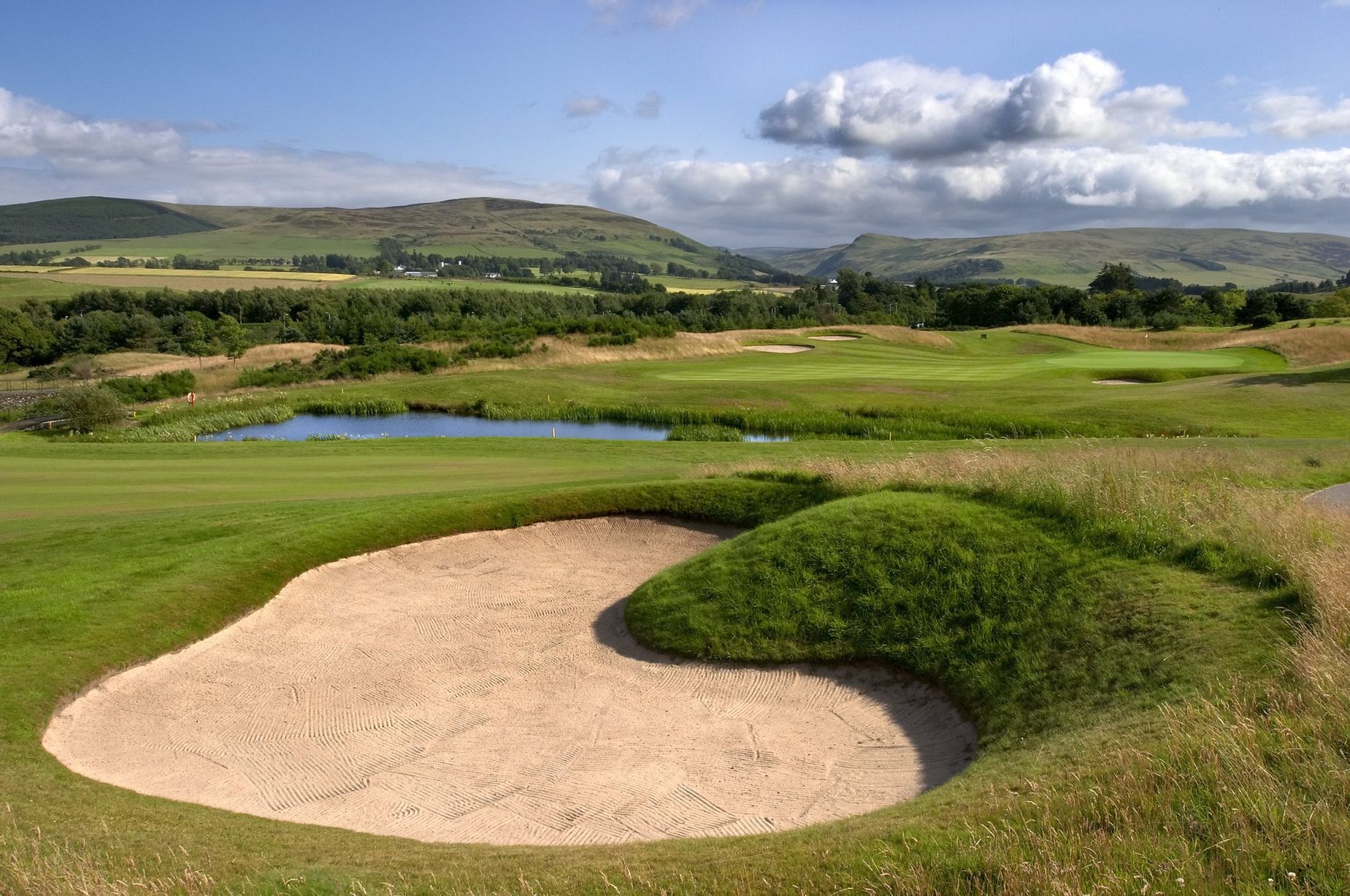