The San Roque Golf and Country Club is almost unmatched for scenery and elegance. Membership is about exclusivity and the sense of belonging to a family of privileged golfers benefitting from the unique experience the club has to offer. The natural beauty of the area, historic clubhouse, two championship 18 hole courses, equestrian centre, tennis and padel courts, gymnasium and renowned Japanese Restaurant Kamakura make The San Roque Club one of Spain´s top clubs.

The San Roque Club is located in the Andalusia region in Southern Spain, a few miles from Gibraltar.

Dave Thomas and Tony Jacklin designed the Old course and it opened for play in 1990 at an alleged cost of $1million per hole. It remained pretty much unchanged until Severiano Ballesteros made changes to the bunkering.

From day one, San Roque was heralded as a great test of golf, even for the best players. Measuring 6,494 metres, this par 72 layout has been used on many occasions for professional tournaments and it’s now the winter home of the European PGA Tour School.

Situated in the foothills of the Sierra Bermeja, the course is undulating rather than outright hilly – but don’t let that fool you – there are a number of elevation changes which mean you have to make careful club selection. The front nine holes wind their way through mature forests of cork oak, making the fairways feel narrower and adding greater weight to accurate driving. The new bunkers and carefully sited water hazards add to the need for strong, accurate, positive ball striking. Additionally, the wonderful views of the mountains further inland must not distract the golfer. In mild contrast, the back nine is less undulating and does not have the forests of cork oak, but deep ravines and carefully placed hazards keep the golfer thinking.

The most memorable hole on the course must be the 5th. Not a tough hole in itself but the drive is to a narrow fairway with out of bounds all down the right hand side. The 6th (SI 1) is a long par four played towards a large lake and then up a steep slope to a difficult green, and the 9th is a cracking par five. The 11th, 12th and 18th are also superbly designed and tough too, where water plays a major part at some point.

The 18th is the signature hole. A long dogleg left par 4 to finish, with numerous dangers to avoid.  Aim left of the large bunker on the right side of the fairway for the ideal line in.  But anything pulled too far left will find the lake and the possibility of racking up a big number.  If the water is avoided however, a long second over a stream that passes through the fairway is required.  There is still further water to avoid in another small lake to the right side of the green before you can finally breathe easy. A true classic finishing hole that you will want to play time and again.

The New Course was created by Perry Dye in 2003. It is set on beautiful natural terrain with many scenic views. The difference between Old and New is mostly in the Dye-family shaping: big, steep bunkering, larger greens and railroad sleepers. The course resembles a Links in many areas although it is a Parkland course. The New Course was the venue for the Spanish Open in 2006 and the Qualifying School Finals from 2003 – 2007.

The consensus: San Roque New may be one of the finest new courses in Europe and certainly one of the most beautiful. Visually it is a joy; technically it is a masterpiece of the art, fun for beginners and a thorough test for those capable of strutting the back tees. Because of the shape of the site most of the holes run east to west, or the reverse, so the prevailing winds, from the mountains or the sea, are generally across the line of shot. The exceptions are holes 4, 5, 6, and 13 that lie at right angles at one end of the site. There are sea views from 12 holes, often over a carpet of waving treetops. You’ll gather it is not displeasing to the eye.

San Roque New is an all-round examination of ability and character where the major test invariably awaits with the approach shot. This is because the greens, though large, present small targets in that they have a narrow opening or are angled, often side-on and partially hidden by subtle mounding. The lay-up will be a popular option here.

A compelling vista is enhanced by a series of rock retaining walls, built from material unearthed in the construction, and two large lakes. The latter provide irrigation and add spice to four holes: the 7th and 14th greens straddle one lake; the 9th and 18th are separated by the other. The New Course is simply a celebration of golf in its purest form. 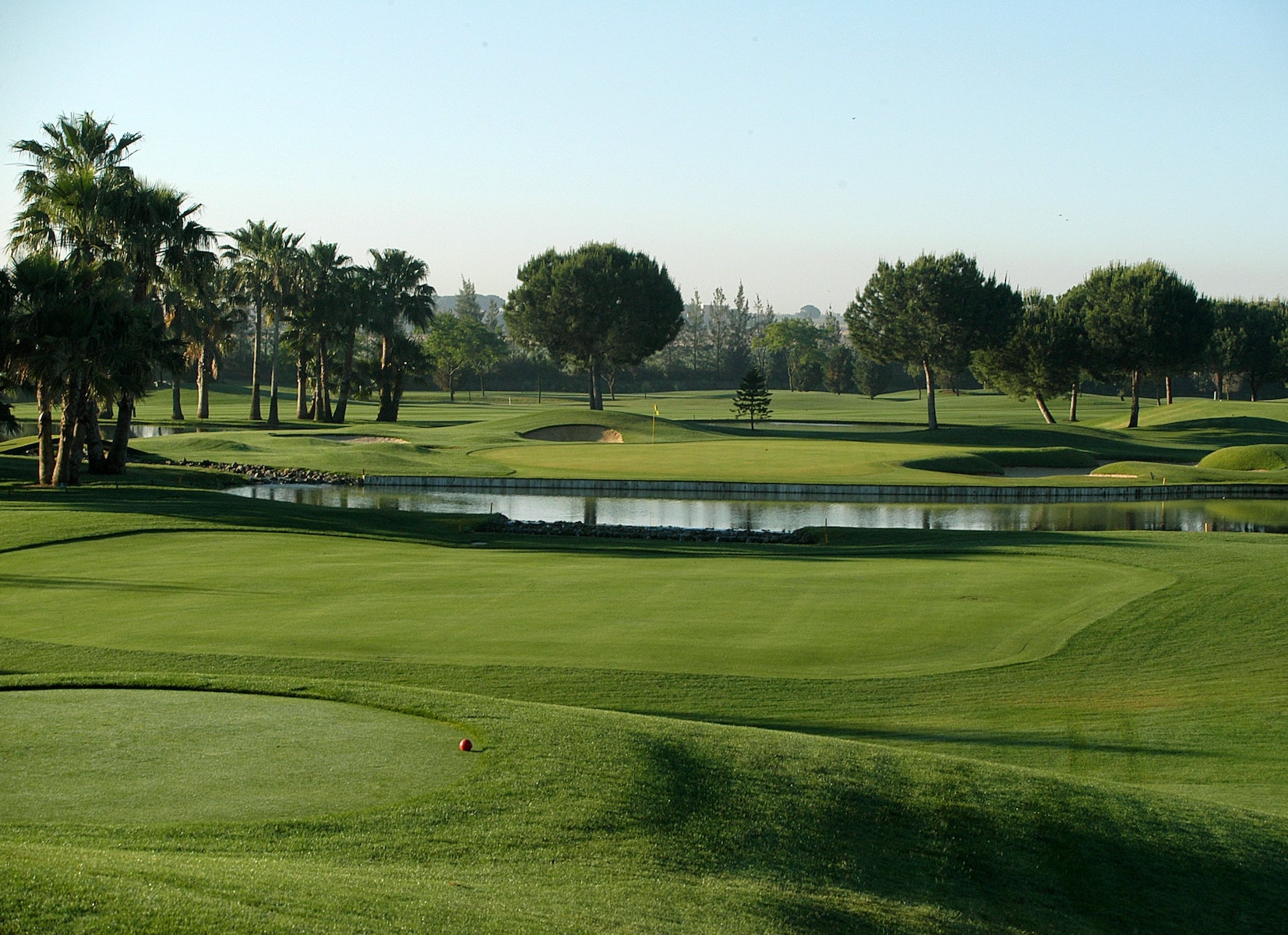 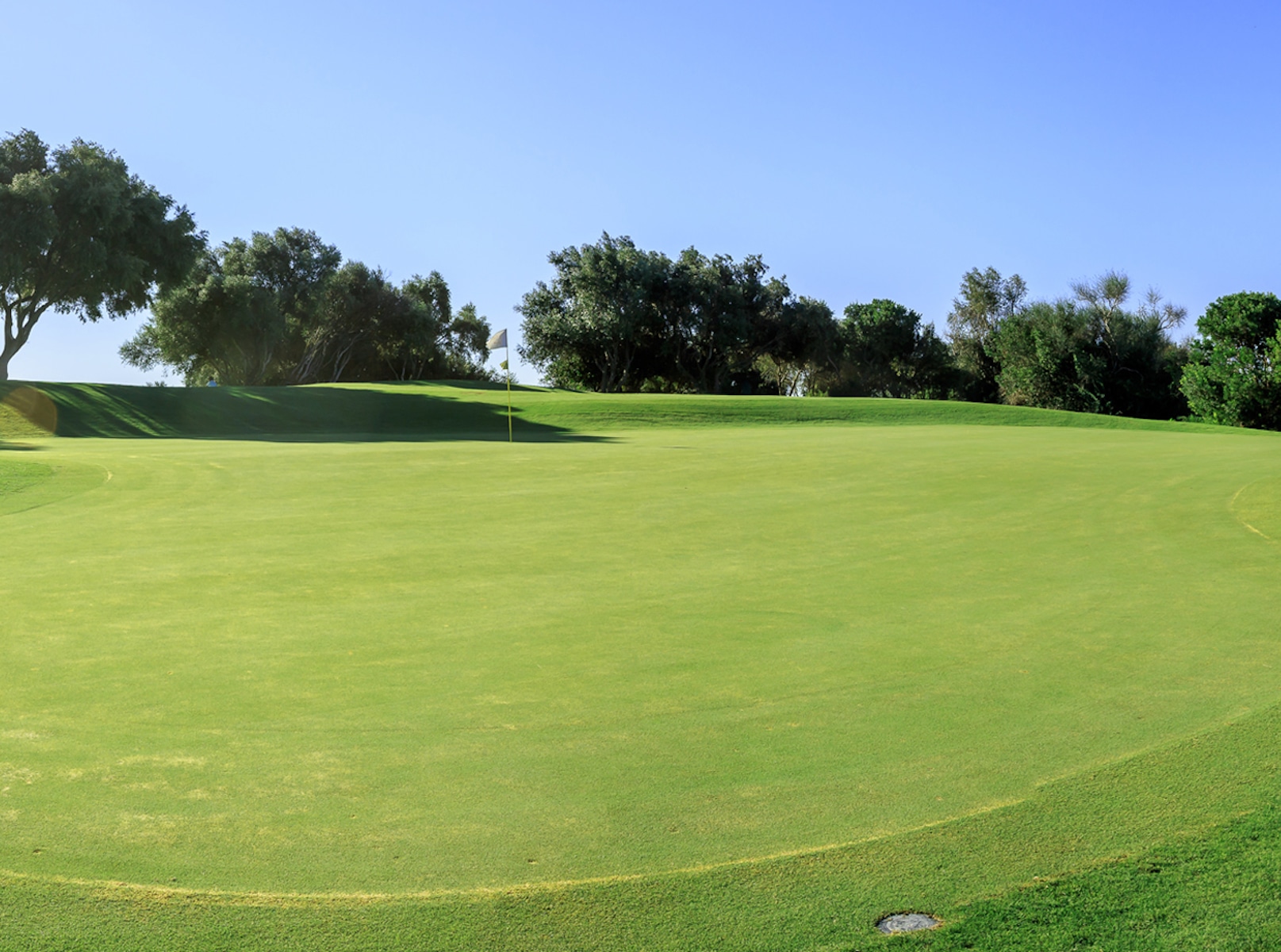 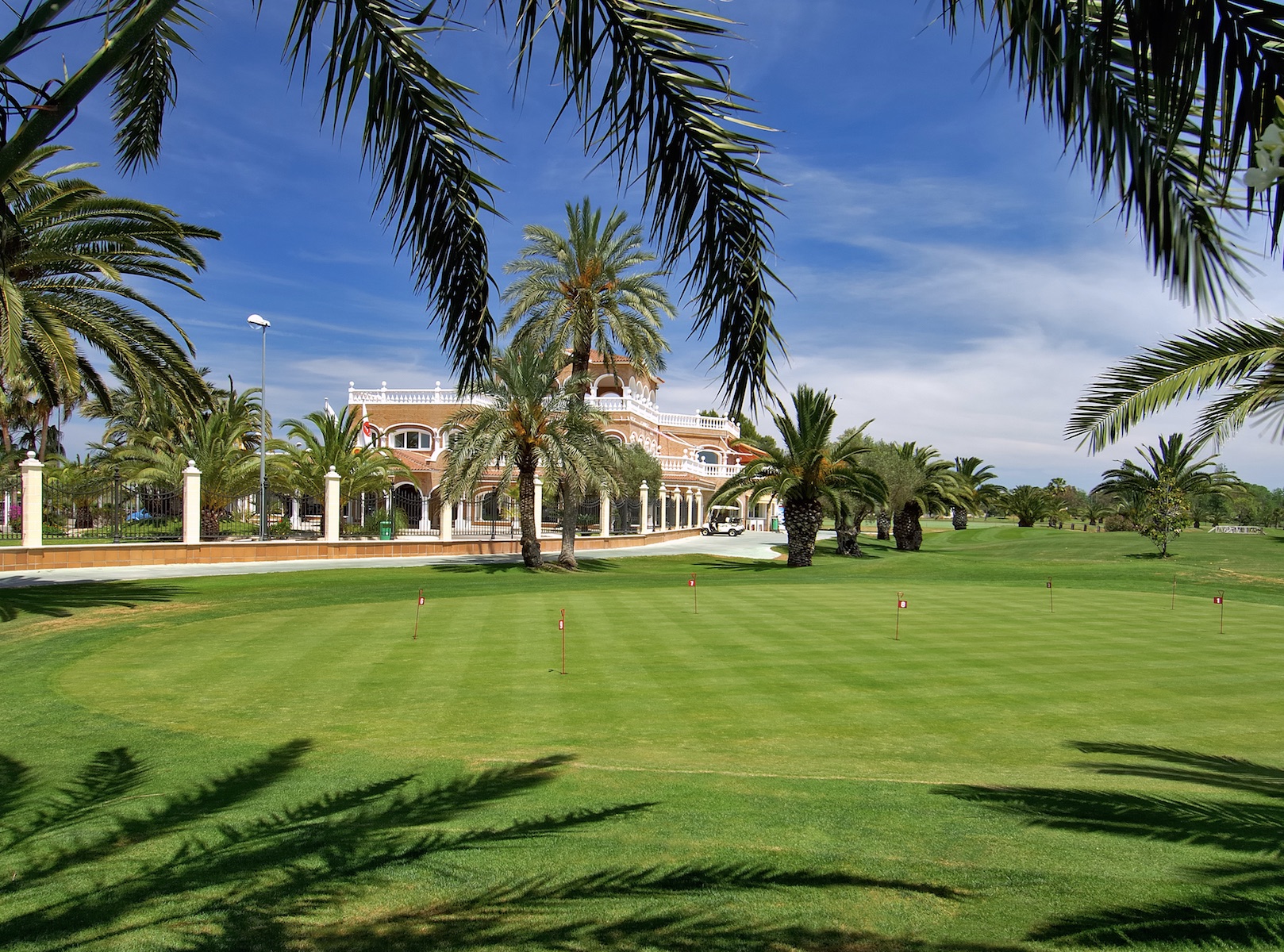