The Rustic Canyon golf course was laid out in 2001 within a 350-acre site on the floor of a broad canyon to the north west of Los Angeles and – with less than 20, 0000 cubic yards of earth moved during construction – it’s widely regarded as a triumph of architectural minimalism.

Built on a former sheep ranch, Rustic Canyon was the result of collaboration between designer Gil Hanse, his associate Jim Wagner and golf writer Geoff Shackelford. Their aim was to set out a course where the game was played as much on the ground as in the air and to that end they succeeded effortlessly. Since its opening on April 25, 2002 Rustic Canyon has been one of the Top 5 Rated Golf Courses in California and a regular on the Top 100 list by multiple media outlets including Golf Digest.

This course is an absolute blast to play. The fairways are tightly mown and the ball will run forever on every hole. Most fairways are extremely wide and forgiving, but all greens are severely sloped and tricky. The bunkers are bountiful and difficult to hit out of. The design of the course is absolutely superb and so is the course maintenance. Prices are rarely over $60, making it an affordable round as well. This course is highly suggested to players of all skill levels.

Best Hole:  16th Hole – 479 Yard Par 4 – This behemoth of a par four is always the toughest hole on the course. The tee shot plays straight downhill, but it is into the wind on an average day. Out of bounds awaits players on the right and left off the tee. From the tee box to behind the green, the fairway on this hole is sloped steeply away from the tee box. The ball runs for an incredible distance on this hole, as it does on many others at Rustic Canyon Golf Course. The green is sloped from front to back, making it impossible to stop the ball on the green after landing it there. The approach must be played along the ground and it must roll up to the front of the green. There is also a fairly severe drop off behind the green, making an up and down nearly impossible. This hole is the signature hole because of the breathtaking views of the entire valley that the course lies in.

1th Hole – 452 Yard Par 4 – This tough two-shotter is the hardest hole on the course because of the incredibly difficult drive. All along the left side lies a steep drop off that sucks in tons of golf balls. The second shot is played into a marginally elevated green that is difficult to hold, yet the entrance is also very narrow. The green is severely sloped toward the drop off on the left side of the green, further making the green complex challenging. Pars are tough to make on this hole, but the easiest hole on the course precedes it. 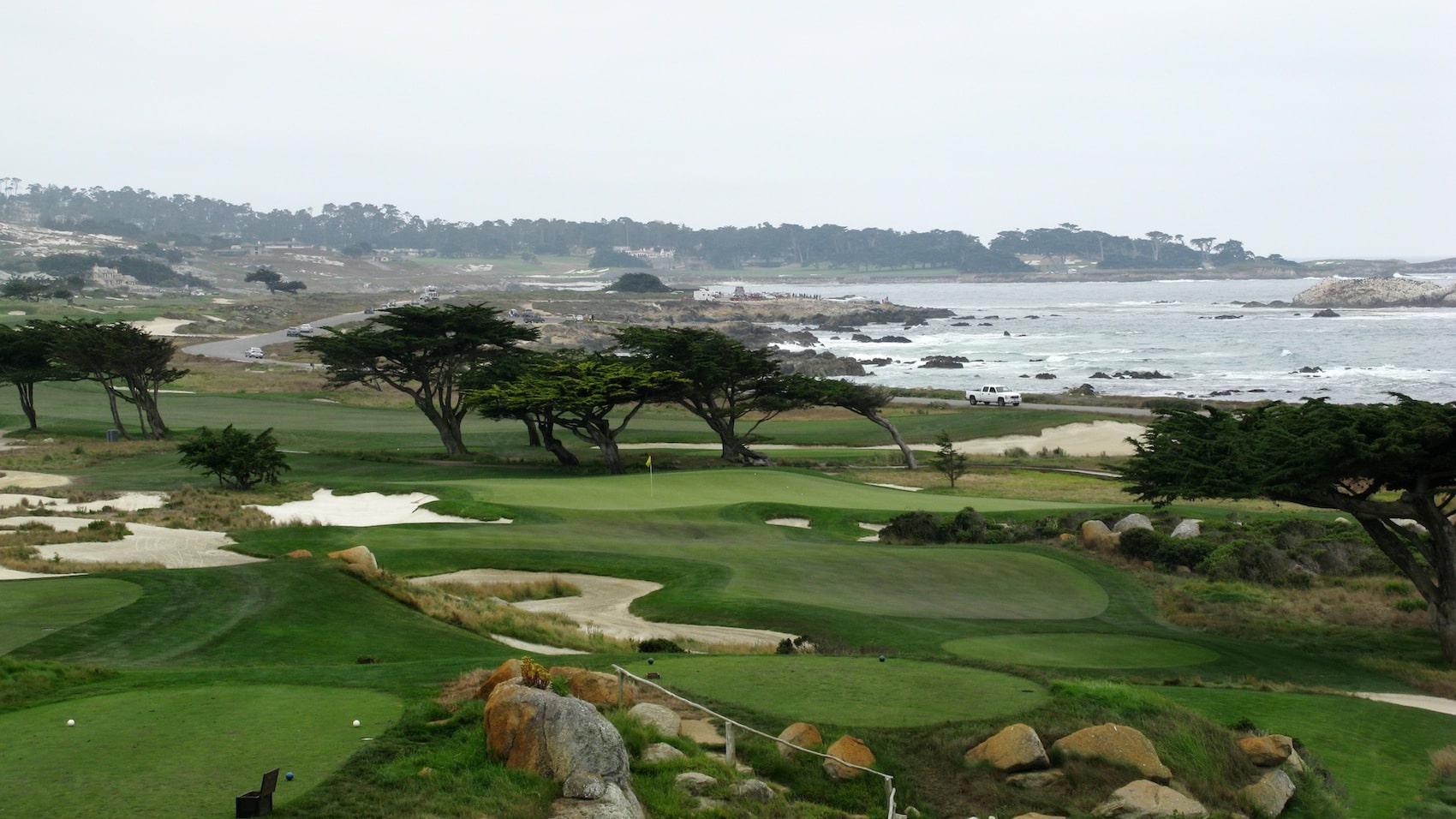 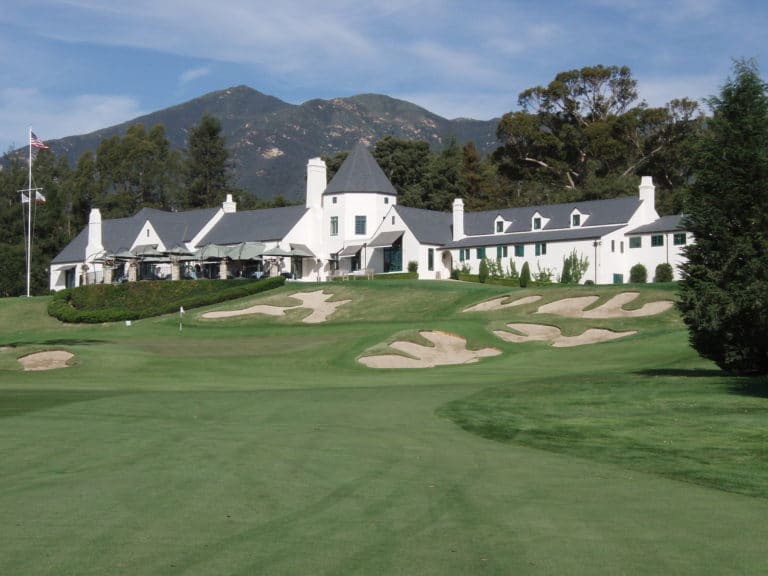 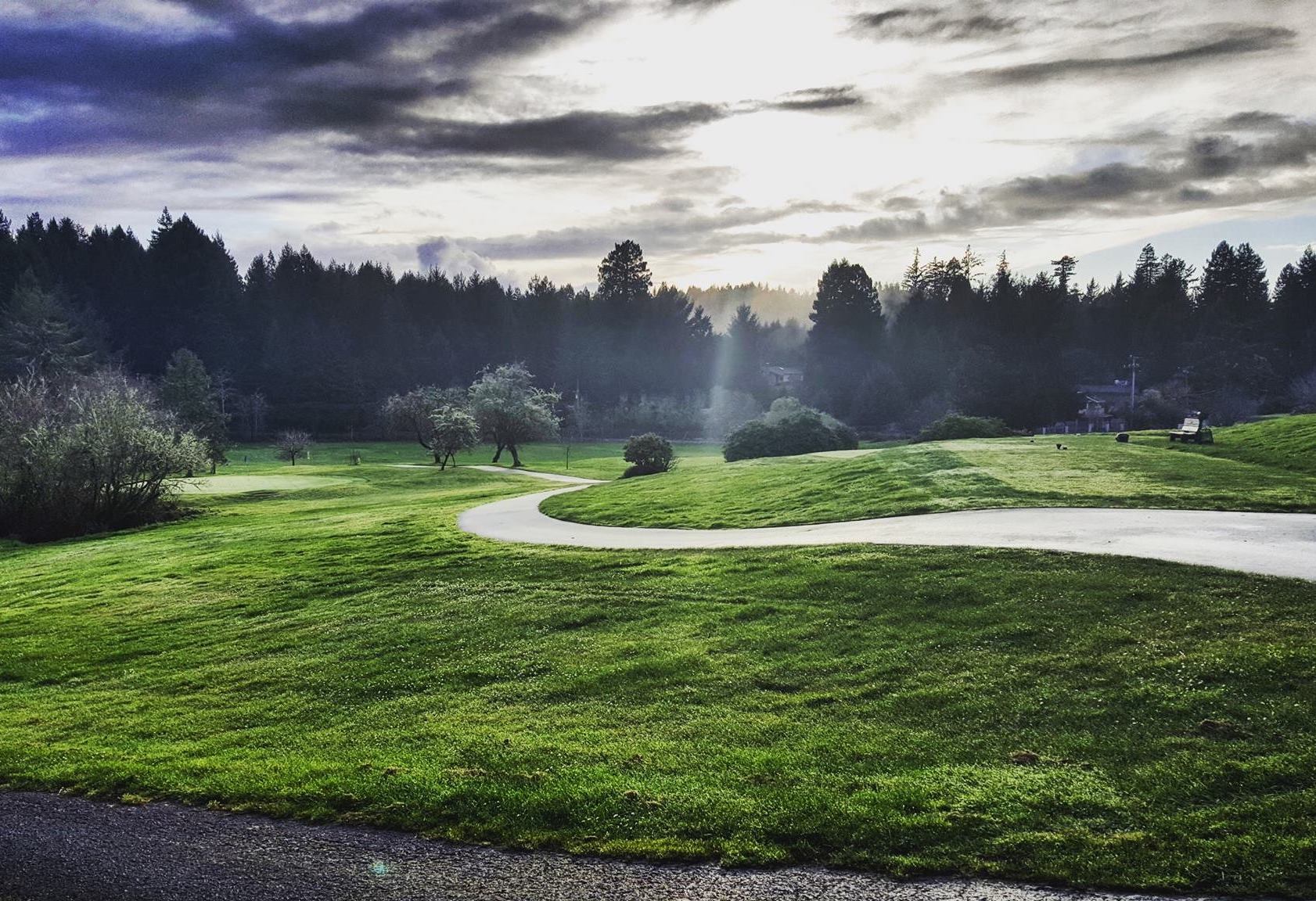