Seapoint Golf Links is a championship course that extends to over 7,150 yards from the championship tees, with a par of 72. Located beside Termonfeckin Beach on the east coast and with fantastic views of the Cooley and Mourne Mountains in the background, it is routed through two hundred and sixty acres of largely unspoiled, rugged links land.

The first few holes have a parkland feel to them as trees border the west side of the property. The 443-yard 4th and 423-yard 5th are two back-to-back par fours where water comes into play around the greens to make life difficult.

The majority of the round is then played out on fairly open, intuitively laid out links with crisp fairways, imaginative bunkering and firm greens. The rough, however, is punishing for any truly wayward shots. A particularly demanding stretch occurs at the long par fours – all over four hundred yards long – from the 11th (with nine bunkers) to the 14th (with a blind green).

The four closing holes are sited in sand hills running along the shore and they culminate in the closing 560-yard par five, where some original bunkers have been removed in recent remodeling and the putting surface re-contoured. 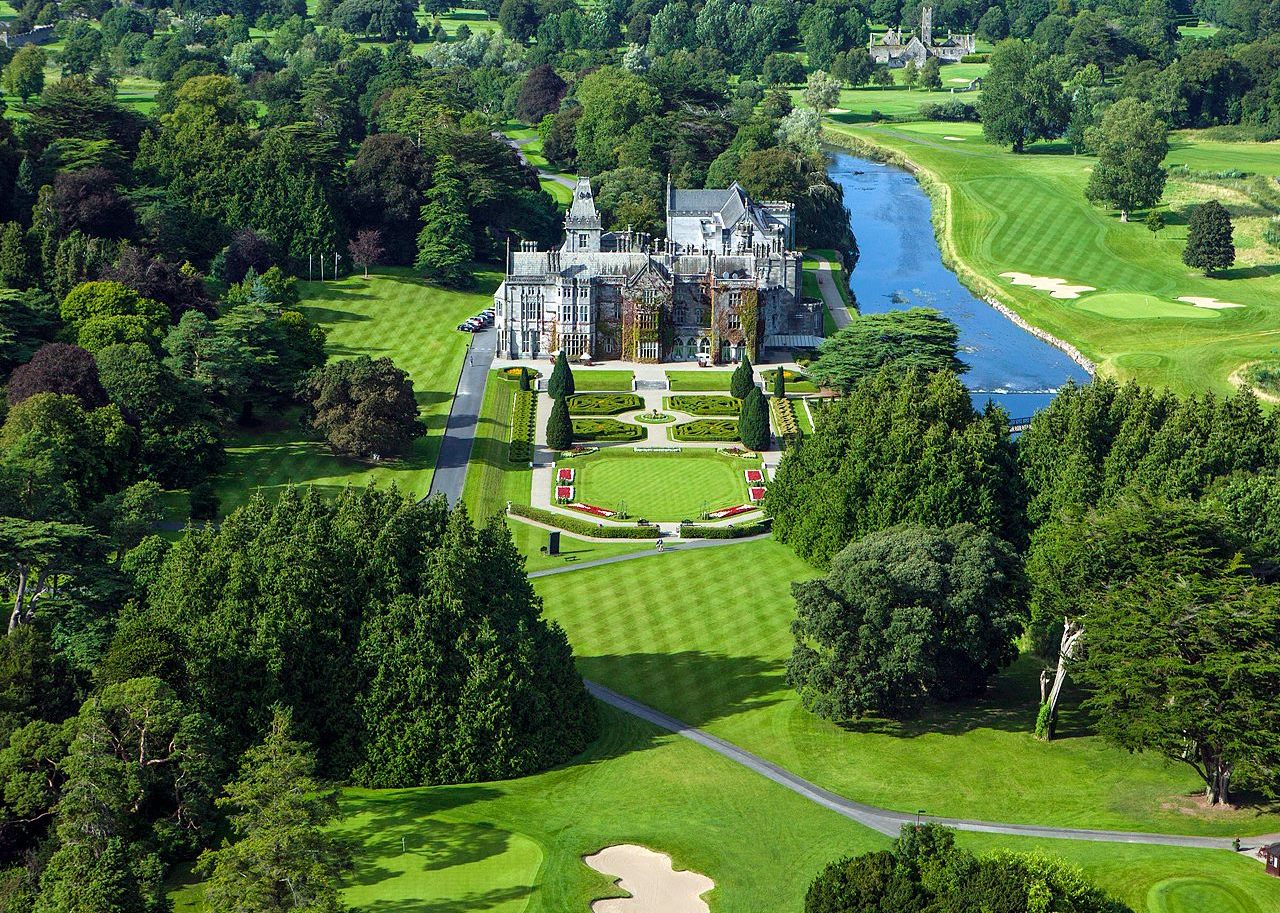 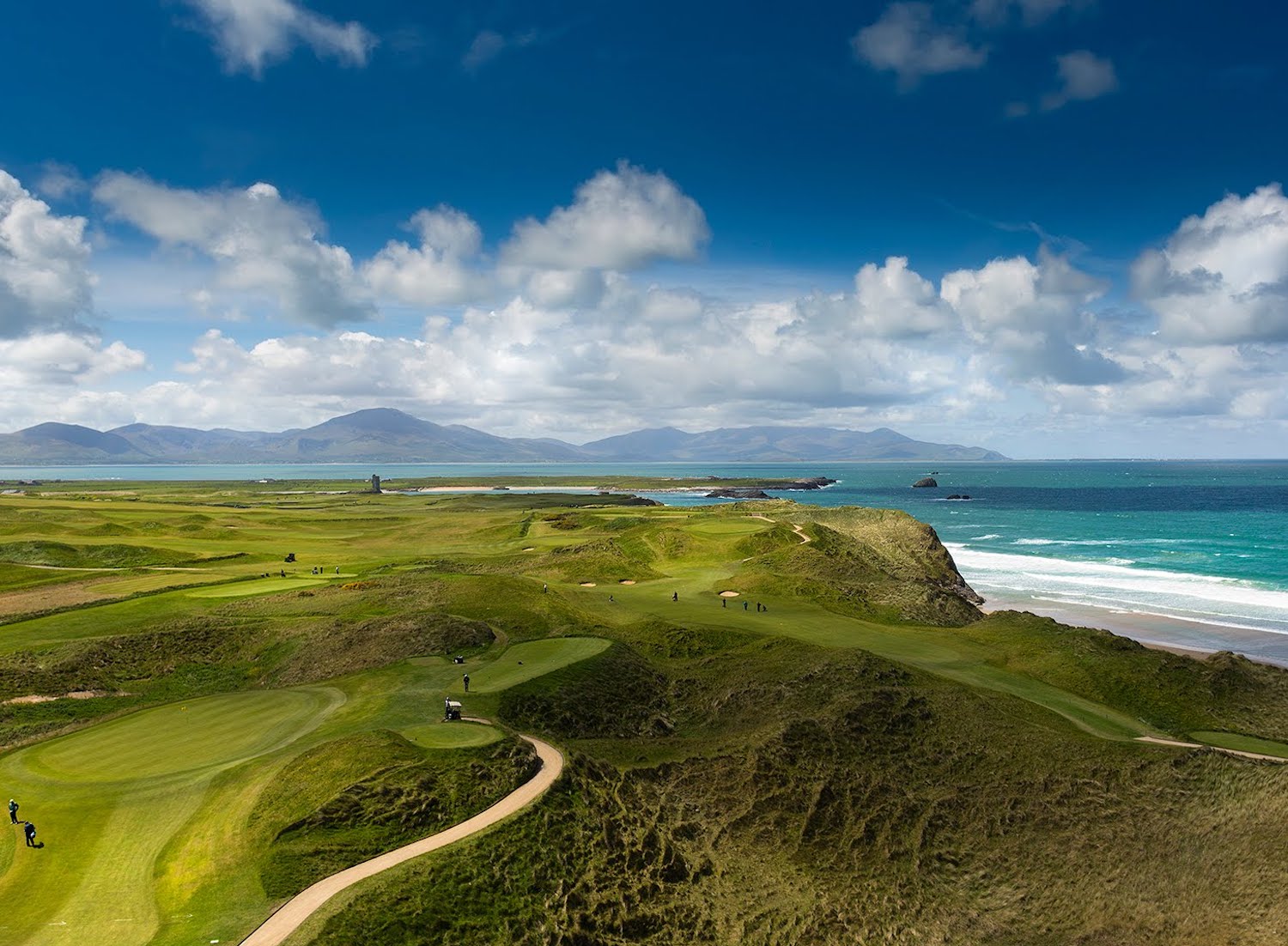 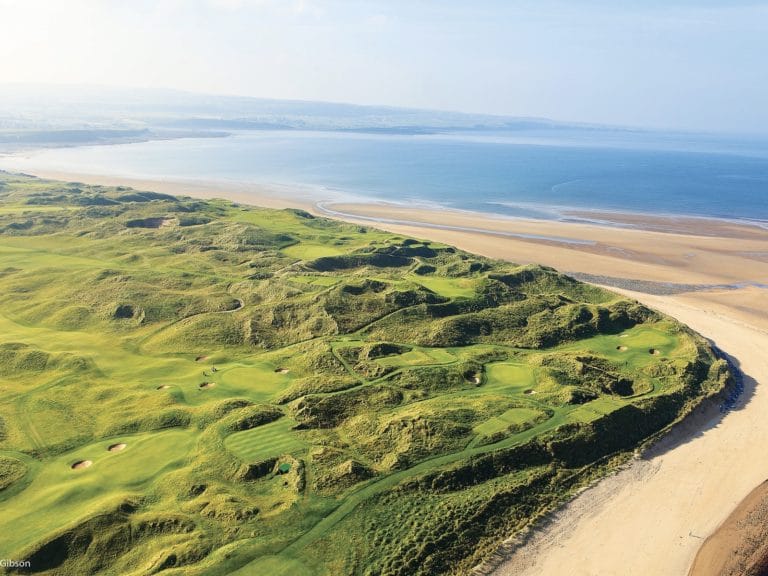