New South Wales Golf Club is one of the most spectacular courses in Australia and it’s one of the toughest tests of golf in the country. If you have been fortunate or unfortunate to try and playNew South Wales Golf Club in any sort of wind, you will certainly know what we mean. It has lost some of its undergrowth with the bushfires that went through the area a few years ago but the panoramic views that have resulted will leave you spellbound.

Initially Dr Alister MacKenzie designed New South Wales in 1928. MacKenzie was responsible for probably the most famed cliff-top ocean course in all of world golf – Cypress Point in the USA – and twelve months later he created the layout here at La Perouse. TheNew South Wales Golf Club course overlooks Botany Bay, where Captain James Cook first sailed in to Australia in 1770. The course was built some 150 years later.

This inspiring layout is bounded by water on three sides and has many of the characteristics of true links golf. Magnificently wild and exposed, the entire course offers tremendous views and a series of stunning holes built around, over and through the hills and valleys that lead toward the coastline. The course has undulating fairways and small greens which call for great skill in shot making when the sea breezes blow. It has been written that golf had its origins on unique seascapes similar to this one, where the wind is a dominating factor and the direction from which it blows making any of the eighteen holes comparatively easy or extremely difficult. 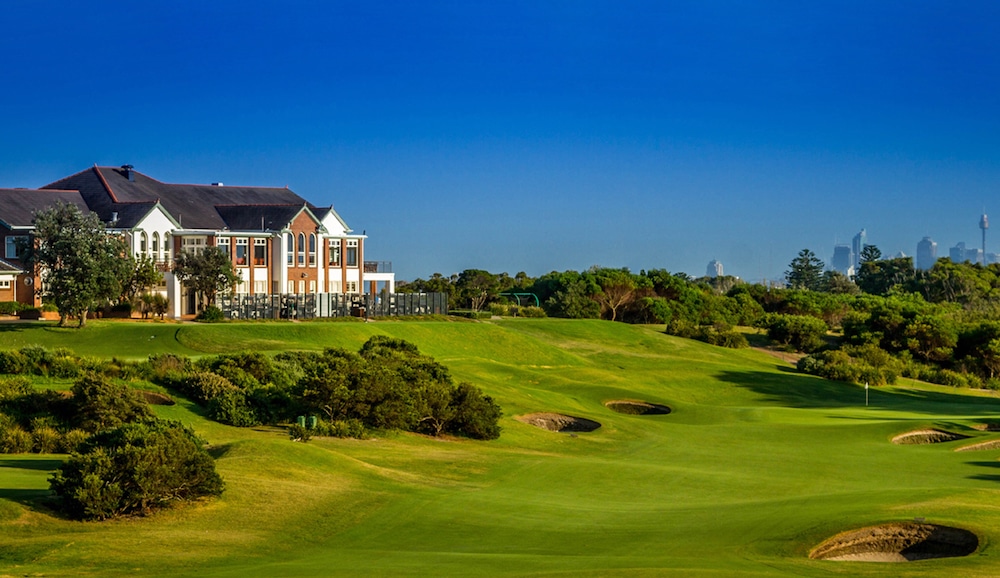 The success of the golf course cannot be solely credited to the genius of MacKenzie as the work of Eric Apperly in completing the architect’s plans after he departed was also outstanding. The routing, as much as the setting, makes New South Wales special and despite more than 70 years of change and evolution, twelve holes and the majority of the standout moments remain either Mackenzie originals or variations on a theme he first suggested. Of those altered the most noticeable are the four Apperly par 3s, which form the best set of short holes in Sydney, and the par 5 8th which is a combination of MacKenzie’s 7th and 8th.

While Mackenzie mapped the routing, the bunkers were left to Apperly, who also made a number of changes to the layout during the subsequent years. Most significant was the building of the world-renowned 6th hole in the 1930s and the shifting of the 5th tee after the army reclaimed land during The Second World War. These two holes are individually among Australia’s best and collectively one of the most awe-inspiring double acts in world golf.

The stretch of holes from the 5th to the 7th is generally considered to be NSW’s best. The par five 5th is a cracker with a blind drive over a hill. If the wind is a northerly, a good drive and a wedge will suffice but if it’s a southerly, you may need up to three woods to reach the green.

But for our team, the best hole is the 6th.

The memorable par 3 6th is played from a rocky outcrop behind the 5th green over the sea to a small sloping green back on the mainland. Interestingly this was not originally part of MacKenzie’s plan, the oversight possibly due to the land not being available for use when he first saw the site. Considering he left Australia to finish work on Cypress Point, which boasts the most famous Ocean carry par 3 in the world, it seems doubtful that when looking to thrill he would have missed the opportunity for such an obvious showstopper.
Avoid the gradient left of the green as well as the bunkers left and right.

To resume, New South Wales Golf Club perennially rates in the Top 5 courses in Australia and in the world Top 50. And, whilst it has only hosted a few tournaments in its time, the professionals should consider themselves lucky that they aren’t asked to tackle it more often. Some words of wisdom – when you play NSW for the first time, add at least five shots to your handicap before teeing off – you’ll certainly have more chance of playing to this higher handicap.

And if you want to play a round you have to know that as a Private Club and subject to special events, the club provides for limited guest access during weekdays. 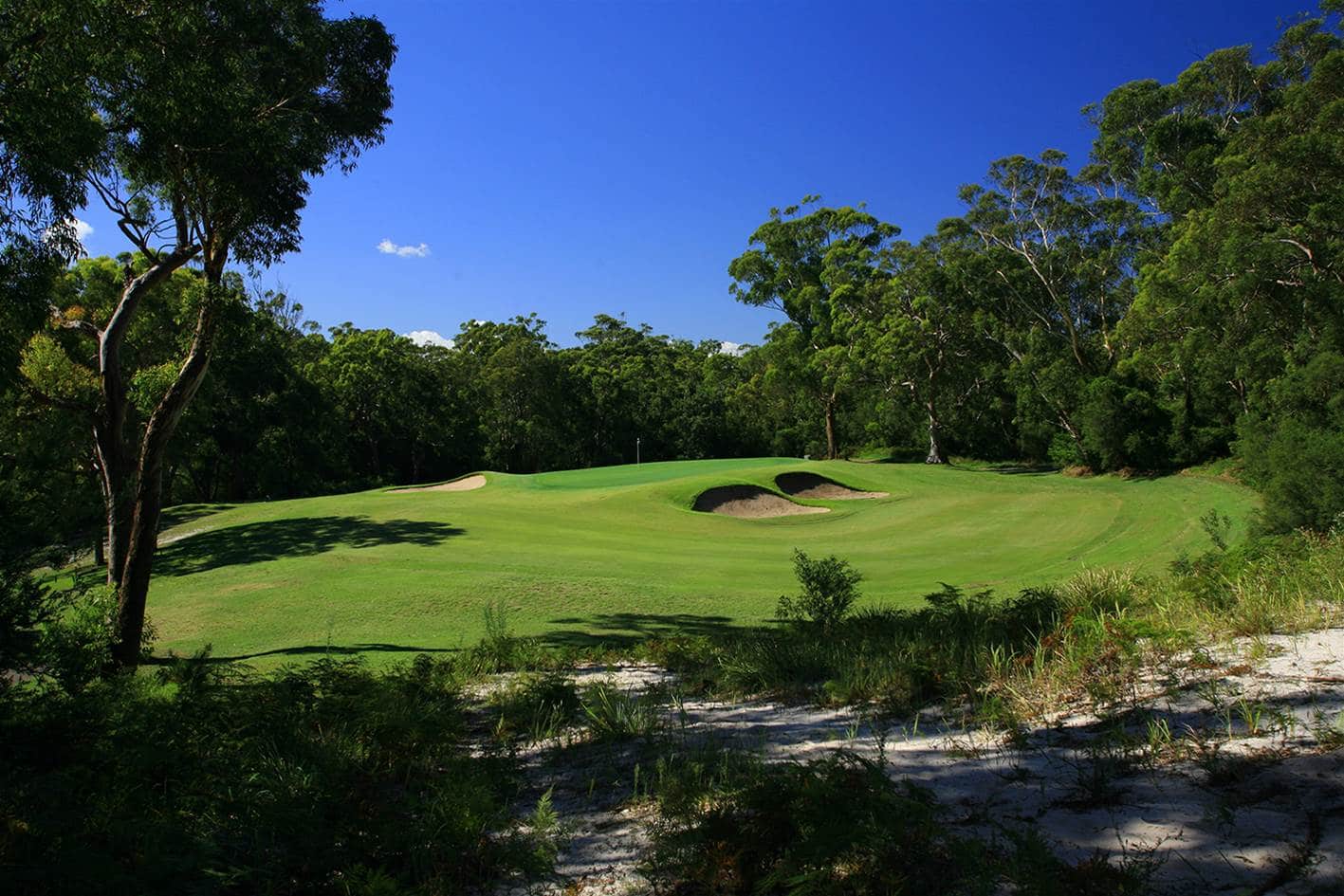 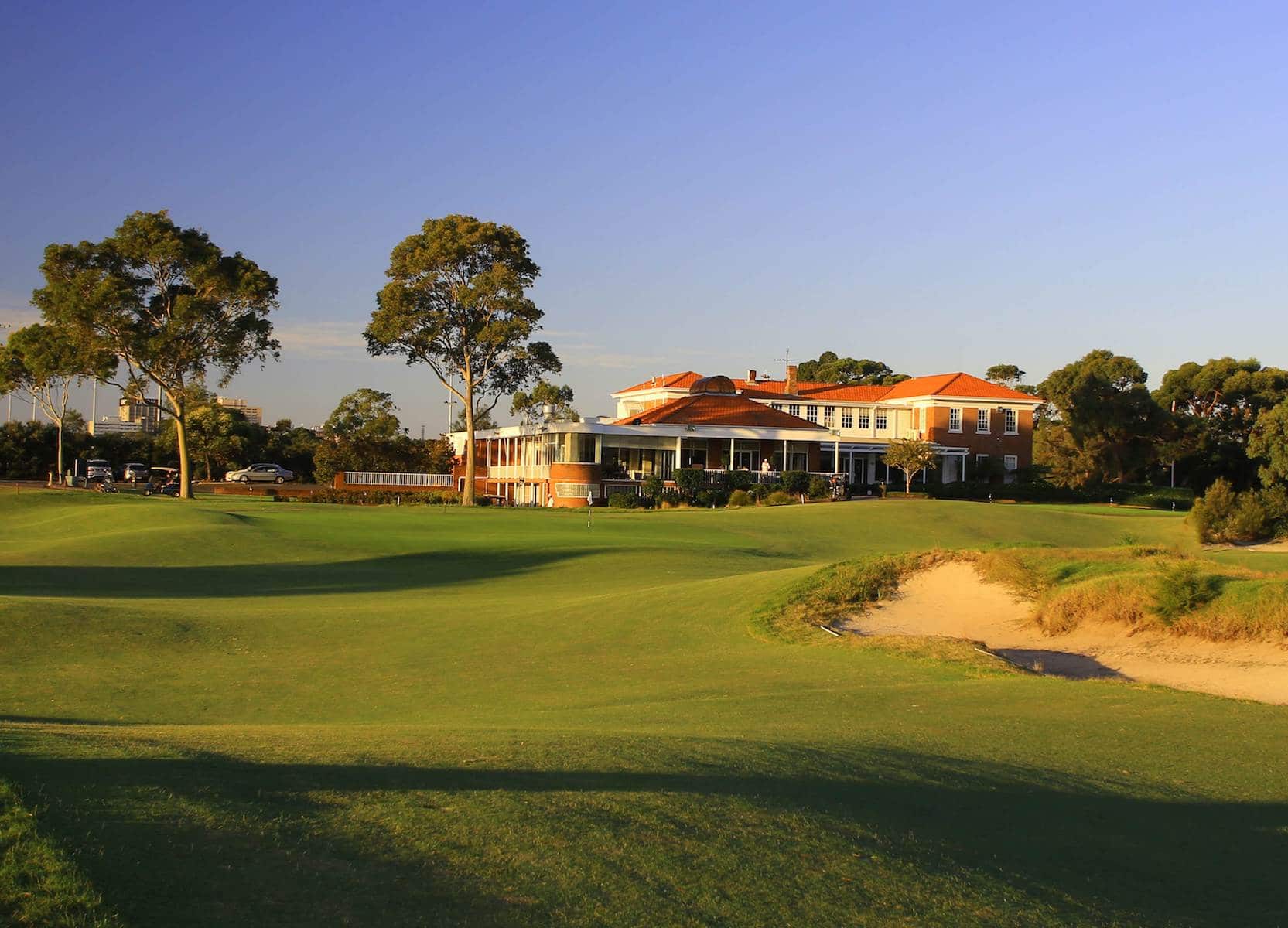 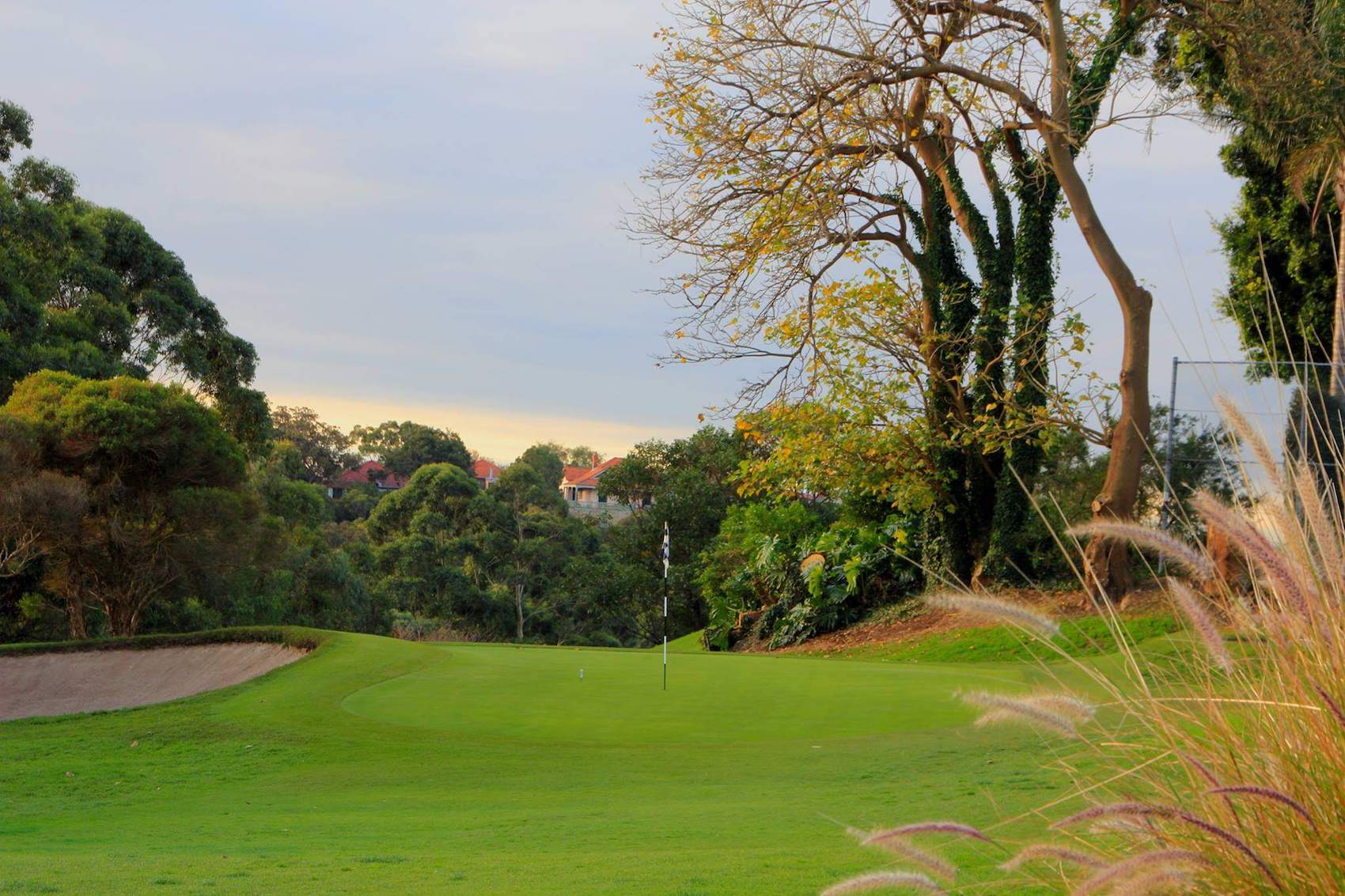