Wailea Golf Club is among the top golf destinations in Hawaii. It boasts three separate and highly acclaimed courses.

Blue course at Wailea Golf Club:
The first course ever built in Wailea, the stately Blue is a gracious resort course that has been ranked among America’s best resort courses by Golf Digest. In its lifetime, it has hosted such prestigious events as the LPGA Women’s Kemper Open and Japan’s Asahi-Kyosen pro/celebrity golf tournament.

The Blue’s fairways offer views of the ocean and Mt. Haleakala, and some of Wailea’s stunning residential communities. It features several fountains and lakes, and an abundance of colorful hibiscus, wiliwili trees, bougainvillea and plumeria. The Blue was designed to appeal to a broad range of players. While it has challenged some of the finest professional players in the world, it also offers a measure of forgiveness in its wider fairways and large greens.

Like its sister courses, the worst hazards on the Blue are the visual ones: the sapphire Pacific Ocean (where one can spot humpback whales during the winter months), several offshore islands, a volcanic cinder cone known as Pu’u Olai and majestic Mount Haleakala.

The home course of The Champions Skins Game from 2001 to 2007, the 7,078-yard Wailea Gold is the most challenging of Wailea’s trio, with a rugged and masterful design that takes advantage of the terrain’s natural undulations. But four to six tee boxes on every hole also make it a suitable track for virtually every player.

Created by architect Robert Trent Jones II, the Gold was honored by both Golf Magazine and Golf Digest as one of the country’s ten best new resort courses when it opened in 1994. It has also been recognized by the Maui Historical Society for its preservation of prehistoric lava rock walls during construction, and hailed as one of the world’s best designed courses by the readers of Conde Nast Traveler in the magazine’s first golf resorts poll.

Called a “thinking player’s course,” the Gold offers a true test of one’s golf skills. But the most difficult hazards on it are the distracting island views. In one round, you can enjoy spectacular vistas of the ocean, Molokini islet, ancient lava rock walls, coconut trees and sparkling white bunkers.

Memorable holes include #6, a par 4 downhill dogleg, measuring 415 yards from the white tees. There’s plenty of landing area for your tee shot, but the green falls off sharply in all directions into grass bunkers, leaving you with a tricky pitch shot if your approach shot isn’t on the mark. Hole #11 is the longest on the course, 535 yards from the white tees, and usually into the wind, making it tougher to reach the green.

One of the more unusual features of the Emerald Course is the double green shared by holes #10 and #17. The green borders a 2.7 million gallon brackish water lake and is one of the most picturesque spots on the course.

Like its companion Gold Course, the Emerald has four to six tee boxes on every hole, enabling golfers to tailor the course to their skill level. 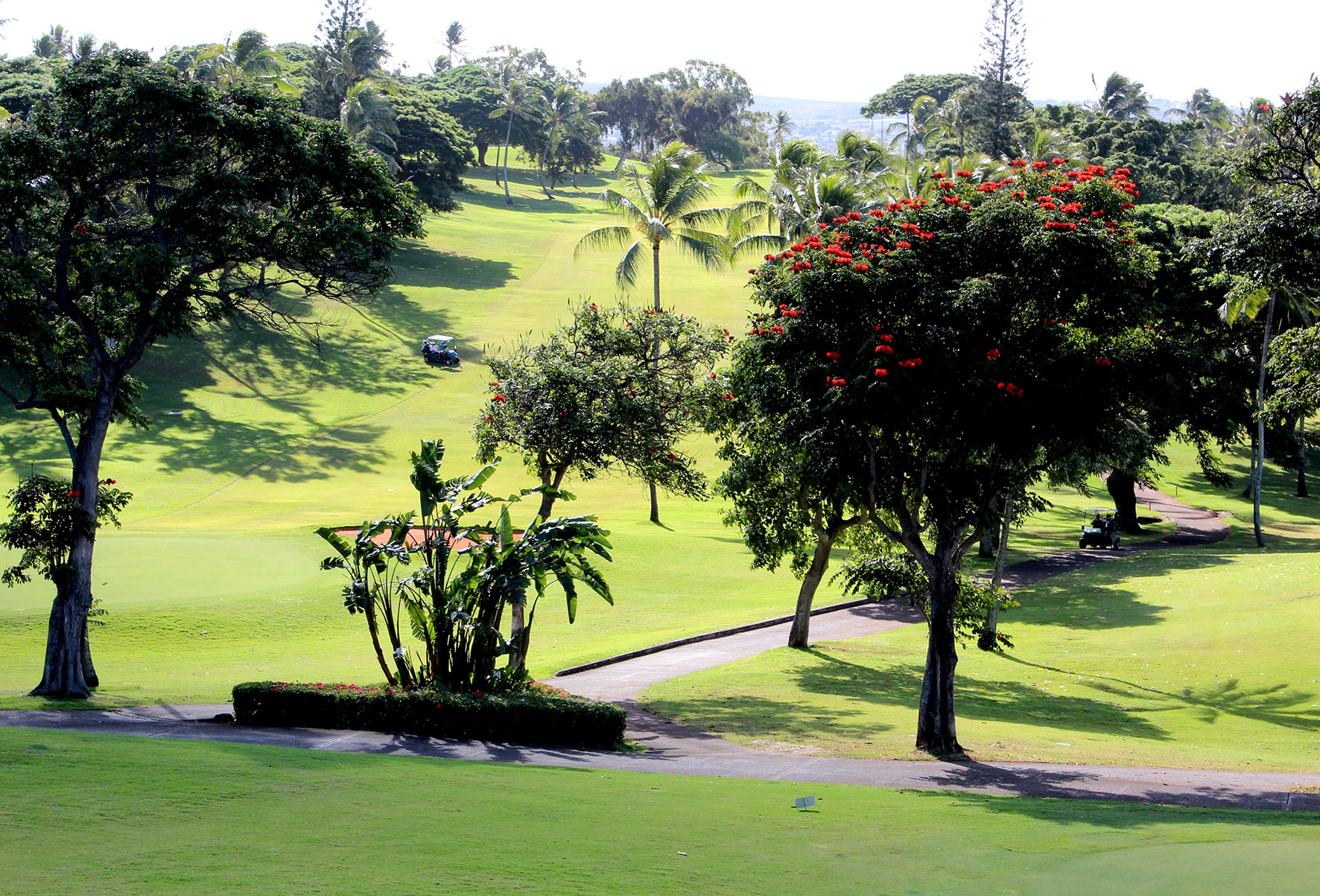 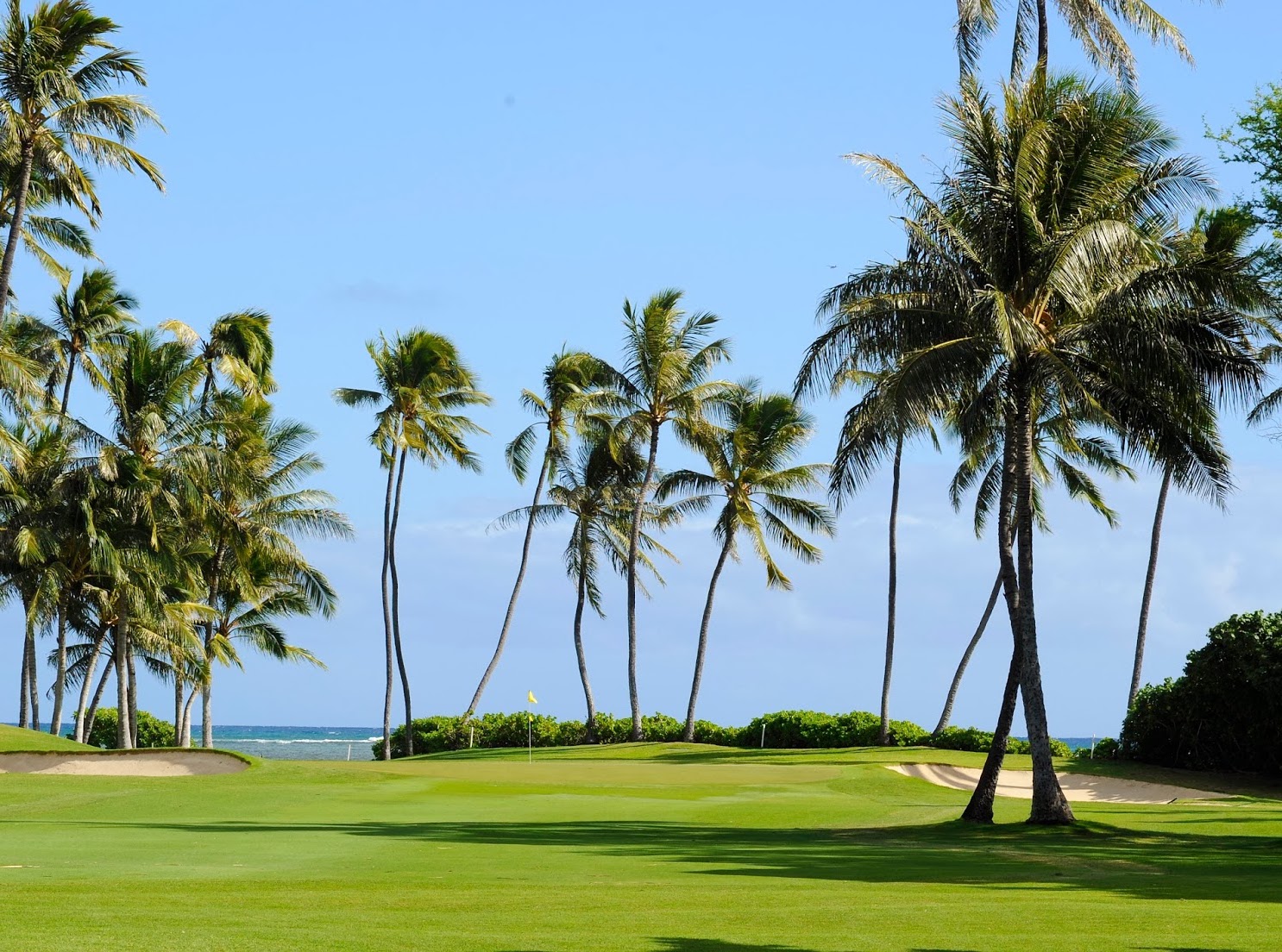