Whether golf evolved from a Dutch, Belgian, American, French or Chinese sport or is entirely indigenous to Scotland, St Andrews Golf Links is unquestionably the birthplace of the modern game and this is why St Andrews is also call The Home of Golf. The town’s famous Old Course, the oldest continuous golfing field in existence, has been in action since at least 1457 when the game was banned from its common ground by King James II.

The evolution of these links, whose fairways were formed by grazing sheep and its bunkers created by animals sheltering from the wind, has had an enormous impact on golf as we know it. In 1764 the original twenty-two hole course was reduced to eighteen holes, creating the now standardized golf course configuration. In 1848 Allan Robertson doubled the width of the shared fairways, a move that lay the foundation for strategic design as it allowed golfers to take longer routes around hazards or continue with a direct but dangerous passage to the target. Around the same time the eight shared greens were also increased, while Old Tom Morris later rebuilt the standalone 18th green. He also split the 1st and 17th green allowing the previously clockwise links to be played from the opposite direction, a change that became permanent after many years of alternating play.

Now Saint Andrews Links  also operate another 6 courses, together forming the largest golfing complex in Europe. The complex includes the New Course, then there is the Castle Course and The Jubilee, the latter rated by some golfers as the toughest test of all. The Eden course was inaugurated in 1914, with easier options the Strathtyrum Course and the family friendly nine-hole Balgove. But the most famous is the Old Course, this course is like the Graal for every golfer.

The Old Course is the oldest course in the world and was first played 600 years ago yet today it remains a true test of championship golf hosting multiple British Open Championships. Despite its reputation and status, it is still a public course and closed on Sundays

The St Andrews Old course itself usually isn’t an instant hit, it’s a golf course you have to get to know and love. First timers might be somewhat disappointed. It’s also unlikely that the Old course will feel familiar when you play it for the first time (except perhaps the 1st, 17th and 18th). Television pictures tend to make the ground look very flat, but the humps, hollows and ripples in the fairways are much deeper when you get out onto the course, as indeed are the pot bunkers. Dr Alister MacKenzie wrote in his book, The Spirit of St Andrews: “A good golf course is like good music or anything else: it is not necessarily a course which appeals the first time one plays over it; but one which grows on a player the more frequently he visits it.”

Every true golfer should play this course at least once. It sends shivers down the spine when the starter announces your name, setting those first tee nerves jangling. Oozing familiarity with names like the Swilcan Burn, the bridge over the burn—thought to have been built by the Romans—and the Valley of Sin. There are many memorable holes on the Old course, but one in particular, the 17th, the Road hole, is probably the most famous hole in the world.

Crazy bounces can frustrate you at the Old Course, but you have to expect that. You can’t expect to play a round of golf here without ending up in one of the famous bunkers. One of the most incredible facts of Tiger Woods’ 2000 British Open championship here was that he didn’t hit one bunker shot in four rounds.

Unlike golf in the U.S., bunkers on the Old Course are one-shot penalties at least. These deep bunkers are ‘revetted’ — where blocks of turf or ‘sod’ are piled up at an acute angle, building a wall of turf that forms the face of the bunker. One reason bunkers were built like this at the Old Course was to keep the sand from being blown out of the pits. Hell Bunker is enormous: 300 square metres in size, ten feet deep and troublesome to even the most successful golfers in the history. There are 112 bunkers on the Old Course.

How about the greens? There are seven double greens at the Old Course, meaning if you find the wrong side of the green you could have an enormous putt. Some greens are more than an acre in size. Someone figured out that the 5th and 13th shared green is so large that it takes a greenskeeper with a walking mower an hour and half to cut. And it is the essence of traditional golf when you take very few steps from green to tee.

Closing Hole : Teeing off the on the 18th on the Old Course provides a somewhat indescribable experience. The view up the 18thof the Swilcan Bridge, Hamilton Hall, and the R&A Clubhouse is one of the most pictured in all of golf. Every golfing great in the history of the game, bar Ben Hogan, has made that walk. The walk up the 18th never gets old. Walking through the valley of sin and up onto the green is akin to being in the presence of every golfing great in the history of the game. You realize that you are standing at one of golf’s most legendary venues

Opened in April 1895, the course was built in response to increasing demand for golf at St Andrews, both from locals and from the visitors who were flocking to the town in increasing numbers on the recently constructed railway.

The R&A engaged W Hall Blyth, an Edinburgh civil engineer, to design the New Course, and entrusted the layout to “Old” Tom Morris

The result is a classic links course which uses the natural features of the land to create a first class golfing challenge. The course has the traditional out and back layout, with the 18th green just to the right of the first tee. It also has, in the great St Andrews tradition, shared fairways and even a double green at the 3rd and 15th holes.

The fairways are undulating, but they don’t have the same slopes and curves as the Old. The New Course lacks a certain “wow” factor that is found on other seaside links, but it offers a very solid links design that tests all aspects of the game. The New Course has smaller and more defined fairways than the Old Course. The bunkers are fewer and shallower than those found on its older brother, but they still offer a great challenge. Many of the University of St Andrews Golf Team matches are played over the New Course. It would be a real disappointment to visit St Andrews and not play the New.

For our team the most beautiful and picturesque hole is the 9th. The long par 3 is bordered by OB and the Eden estuary on one side, and thick grass on the other. The green is sunk and shaped like a bowl. A running shot that merely trickles onto the green is the best play on this tough one shotter.

One thing is certain: There is nothing like The Castle Course in all of the Kingdom of Fife.

The stretch of land running along the seaside precipice outside St. Andrews upon which The Castle Course is built was procured somewhat piecemeal from local farmers. As such, it is the first of the Links Trust courses to be built outside of town, where the other six courses lie.

The closing stretch of holes – the monster 585-yard 15th, the scenic ocean-side 406-yard 16th, the cliff top 184-yard 17th and the dramatic 18th – is quite possibly the most memorable four-hole closing stretch in Scotland.

The 17th, in particular, is without peer, playing over a cave in the Kinkell Braes. Tip of the day: Play toward the bunker well left of the green, as the ball will likely funnel right down toward the abyss.

The Jubilee championship course, at the Home of Golf, is considered by many to be the most challenging course on the famous Links. Built in 1897 for Queen Victoria’s Diamond Jubilee, it was originally intended for use by ladies and beginners; however, after seeing its prime golfing location between the New Course and the sea, the Jubilee was converted to a championship layout in 1988.

Wind, sure. Evil bunkering, of course. Massive, unreadable greens, certainly. All of these things one expects from the Links at St Andrews. But fairways apparently no wider than a bowling alley, lined with gorse the way that some fairways in the U.S. are lined with pine trees? And blind tee shots to these claustrophobic corridors? This is not your prototypical links design. Aside from the golf ball gobbling gorse and heaving dunes that swallow all errant shots, out of bounds comes into play on holes No. 1, 2, 3, 4, 9, 10, 14, 16, 17, and 18. And danger lurks not just for slicers; hookers get punished here as well. Basically, all you need to do, on every single hole, is hit the ball straight. Or should we say, hit the ball straight and pray. You see, a few years ago, the fairways gave way to primary rough, then intermediate rough, and finally the brutal long rough. These days, though, the fairway leads to only a narrow strip of primary rough, which surrenders almost immediately to the long stuff. As such, even a well-struck drive could easily trickle off into high cotton. Sometimes you need to be lucky and good.

That said, it is in fact that back nine which burns itself most exquisitely into a golfer’s memory. Be aware that no ball seems to carry as far as you think it will, nor do all yardages seem to jibe with yardage markers or the yardage book. Possible yardage book misprints notwithstanding, several holes intentionally feature deceptive yardages. The best hole on the course – and one of the best links holes in the Kingdom of Fife – is the 356-yard 15th. A fairway wood from the tee to the left side of the fairway leaves an approach to a green that appears to be much closer than it is. The illusion is achieved through a combination of a 20-foot high dune occluding the right side of the green and a deep swale spanning a good 30 yards in front of the putting surface.

Designed by Donald Steel to complement the tougher championship layouts at the Home of Golf, the Strathtyrum was opened in 1993. Although few in number (15), the bunkers are cunningly placed and there is considerable emphasis on iron play accuracy. The greens themselves are large and have slopes and borrows which can test even the most confident putters.

The Strathtyrum Course became the first new 18 hole layout to come into play at St Andrews for almost 80 years. It takes its name from the adjacent Strathtyrum Estate, from which the land was purchased.

The course is ideal for beginners, high handicappers and children or a chance to relax before or after playing its more challenging neighbours – the Old, New & Jubilee courses.

The Balgove is the only nine-hole course at the Home of Golf and primarily caters for families, children and beginners. Featuring bunkers and a double green, the Balgove is the perfect practice ground for Links golf and consolidates St Andrews Links’ reputation as a destination that caters for all ages and abilities.

Club for hire
Trolley for hire
Golf cart for hire 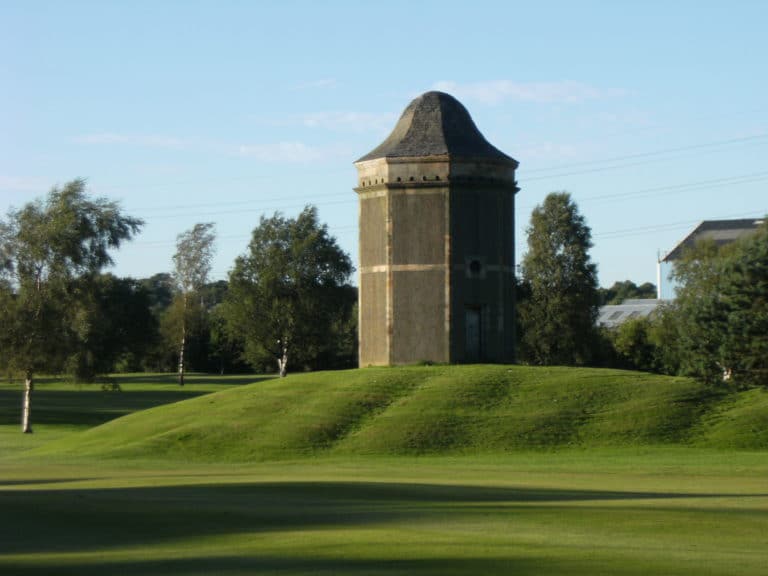 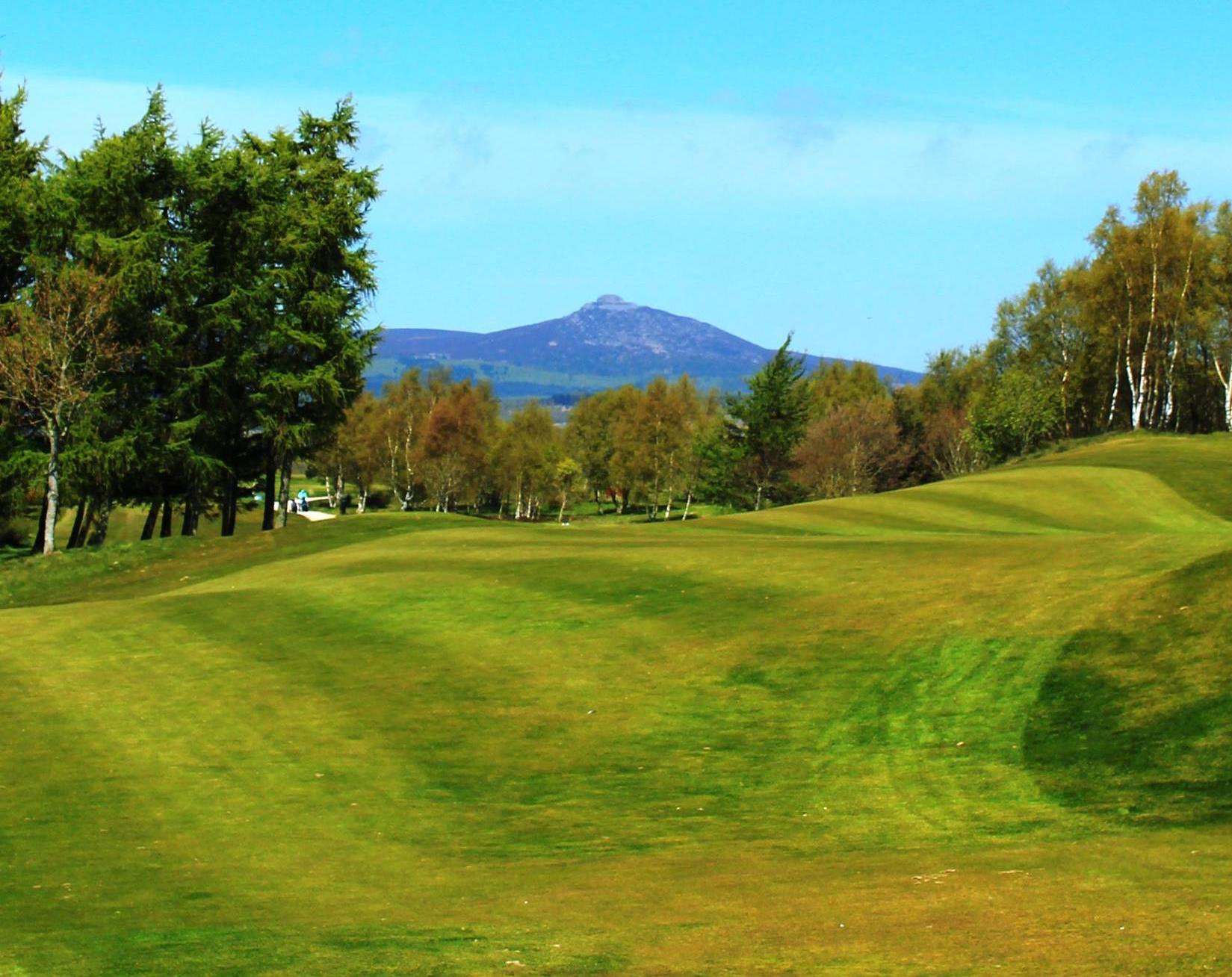 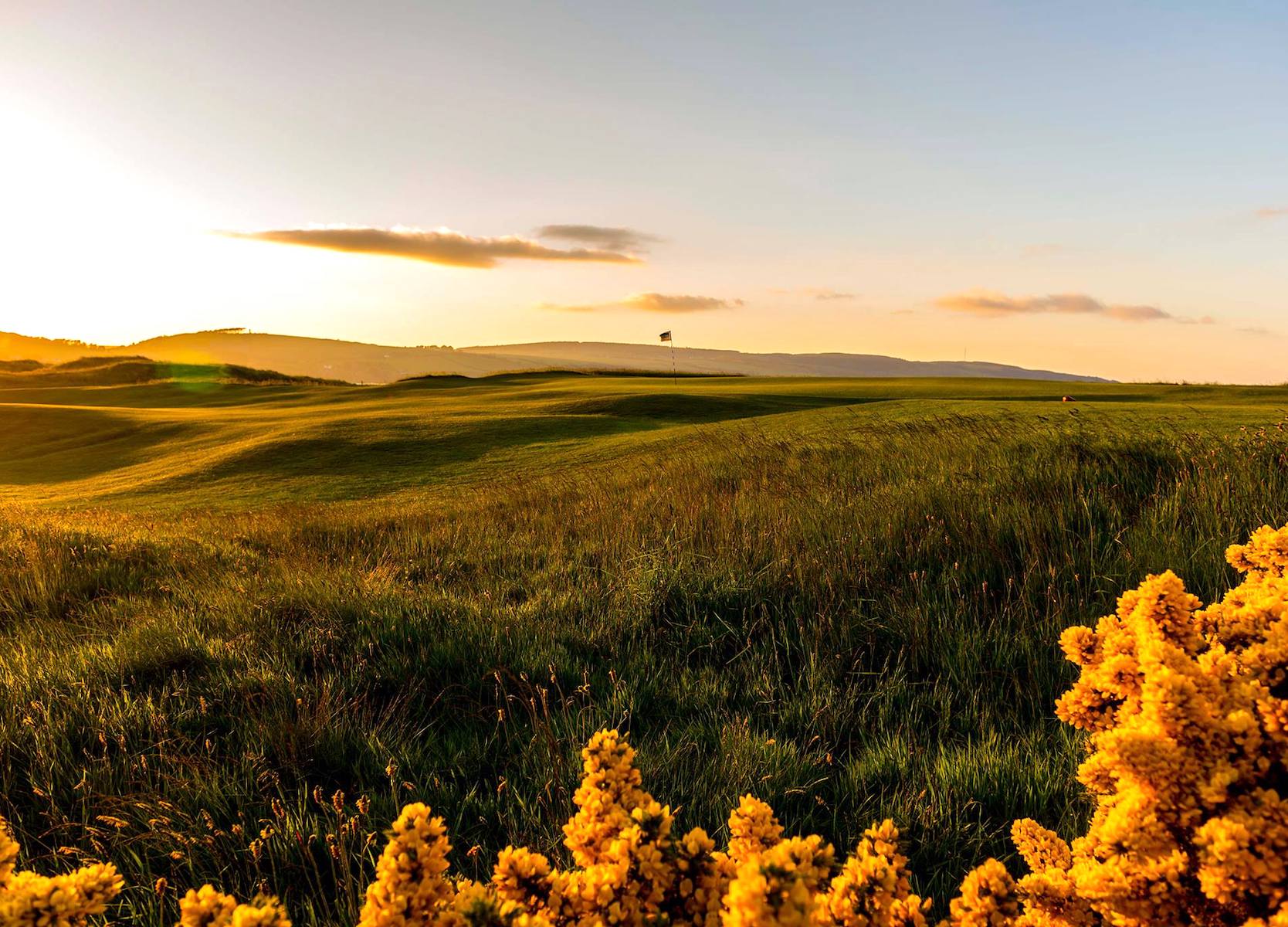