The Singapore Island Country Club has evolved and grown down the years; starting out in 1891 as “The Club,” becoming Royal Singapore Golf Club in 1938 then merging with the Royal Island Club in 1963 to form the golfing “superclub” that today offers its members a playing choice of four 18-hole courses in two different sites.
The New course was designed by Frank Pennink shortly after the amalgamated Singapore Island club was founded and it then took a team of ground staff at the club four years to construct the course at a cost of over one million dollars before it was unveiled at the end of 1969.

The Australian design team of Thomson and Perrett were called in to upgrade the course at the start of the new millennium and a new sand-based set of fairways plus a state of the art drainage system allows play to resume very soon after any inclement weather.

Golfer Nick Faldo called it a “beautiful course”, and rightfully so, as the Bukit Course borders the sprawling MacRitchie Reservoir, boasting more than 3,000 fully-grown trees of at least 10 varieties. The SICC's 18-hole championship course has hosted many international events including the 1969 World Cup, the 1993 Johnnie Walker Classic, Rolex Masters (1973 to 1998), at least 28 Singapore Opens (1962 to 1995) and the Inaugural Caltex Singapore Masters in 2001. With such pedigree, it is no wonder that it is the most popular golf course in SICC.

Weaving through old trees, the Island Course is both hilly and picturesque. It is the shortest 18-hole golf course, where both nines start and finish with very similar holes. However, Holes 9 and 18 are potential card wreakers as well. The course was originally designed by Peter Robinson and later re-bunkered by five-time British Open champ Peter Thomson.

Buggies are allowed on the course since 2002. A number of renowned tournaments have been fought and played on this course including the Putra Cup 1999 (a SEA Amateur Team Championship), Singapore Amateur Open 1999 and the Singapore Open 2000. The Club's own Junior Invitational Golf Championships are also held annually on the course, further enhancing its prestige.

Like the Bukit Course, the Sime Course offers a scenic and serene view of the MacRitchie Reservoir. It has prompted many descriptions such as "reminiscent of the Thames (UK) in the summer" and was also once described as being like an English park, "thoughtfully planted with casuarinas, tembusu and other selected trees".

The Sime Course is named after John M Sime, who served as the president of the Royal Singapore Golf Club in 1923. The course has enjoyed recent improvements including a buggy track, which is 2.8m wide and runs 6km long. The Sime Course's first nine plays away from the Bukit Location Clubhouse down to Lornie Road, while its second nine weaves in between the fairways of the Bukit Course.

There are some challenges though. At Hole 8, there is a double water crossing requiring an accurate drive onto a lakeside promontory, while the second nine features a number of blind uphill drives and banking dog-legs. It may be less challenging than the Bukit Course but no less difficult to finish!

Set up in 2001, the well-maintained and picturesque course is a stepping-stone for young golfers who are keen to develop their games and confidence level before they embark on an 18-hole challenge - the Bukit Course. Advanced golfers will also be able to hone their skills at the course, which comprises 6 par-3s and 3 par-4s

There is more than 12 golf clubs in Singapore. Many Singaporean golf clubs boast more than one course and perhaps Singapore’s finest and most exclusive is the 36-hole Sentosa Golf Club. 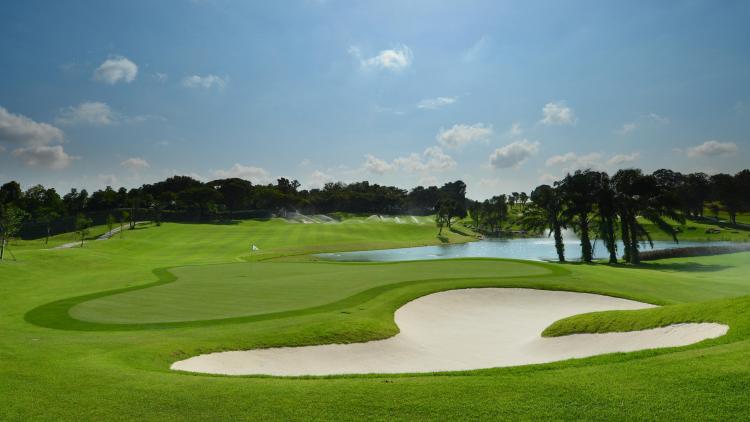 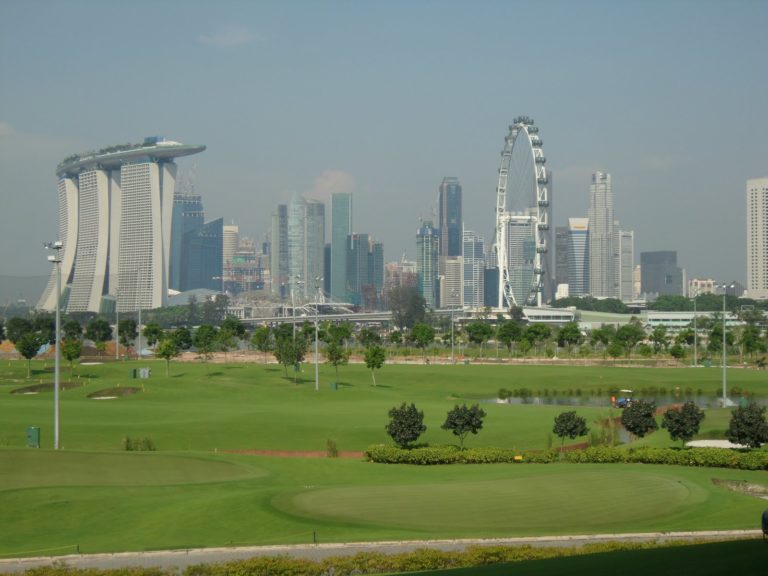 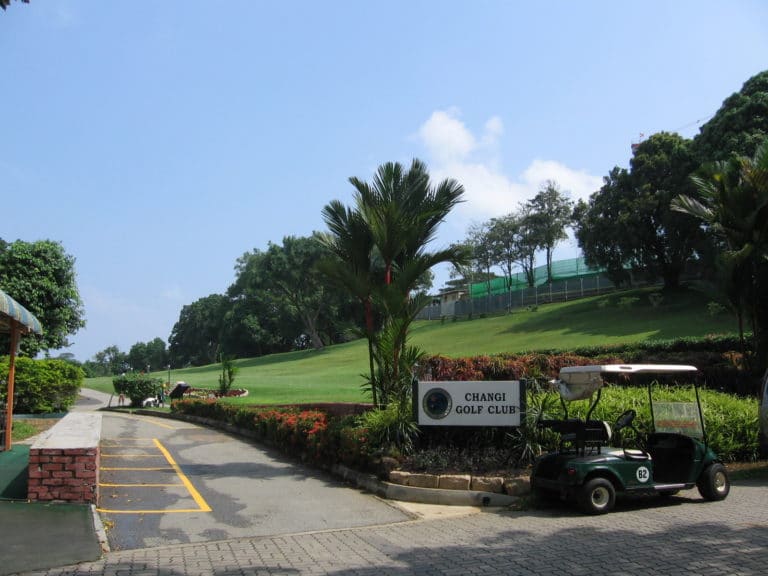