Pevero Golf Club is located in the chic Costa Smeralda region on the Italian island of Sardinia. In the late 1960s, the Aga Khan thought that the peninsula between the Bays of Cala di Volpe and Volpero on the north east coast would be the ideal setting for the first golf course on the island.

By 1972, his vision was realised when an 18-hole, 6717 yard layout – designed by American golf course architects Robert Trent Jones and Ron Kirby – was opened for play to much critical acclaim – so much so that it was chosen six years later as the venue for the Italian Open, won by Dale Hayes. Pevero is certainly a daring design and this strategic course is set on the edge of the rugged, jagged coastline. On a clear day there are some glorious views across the turquoise sea to distant Corsica.

The outward half is routed in an anti-clockwise direction around Pevero Bay with water featuring at two successive holes – the 6th and 7th – where the former is a short par four that doglegs left to a green protected by a pond to the left and the latter is a long par three with water to the front and left and a putting surface guarded by five greenside bunkers.

The back nine forms a clockwise loop beside the beach of Cala di Volpe (the Bay of Foxes) and it too has a pair of holes where water comes into play. The 321-yard par four 16th has a pond short left of the fairway and another located long right, beside the green so both the tee shot and the approach are threatened. The 182-yard par three 17th has water in front of the green and two bunkers at the back to catch over hit tee shots.

Pevero is one of Robert Trent Jones’ finest and most daring designs. 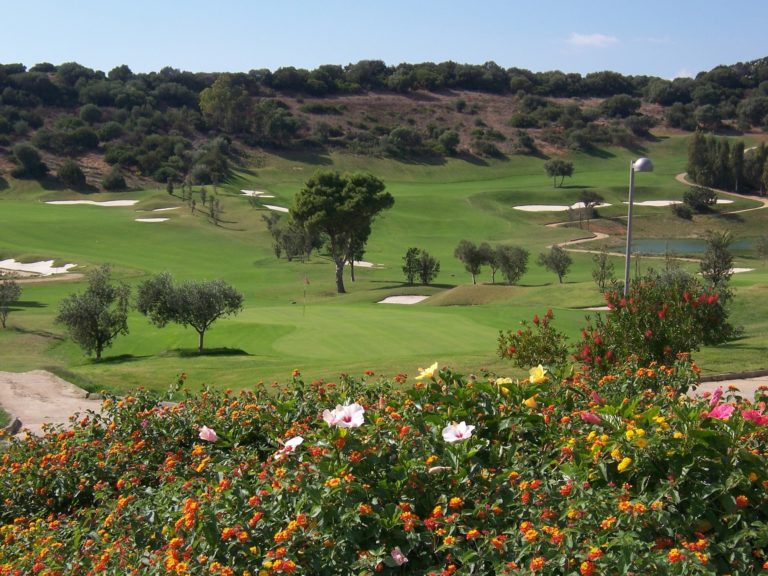 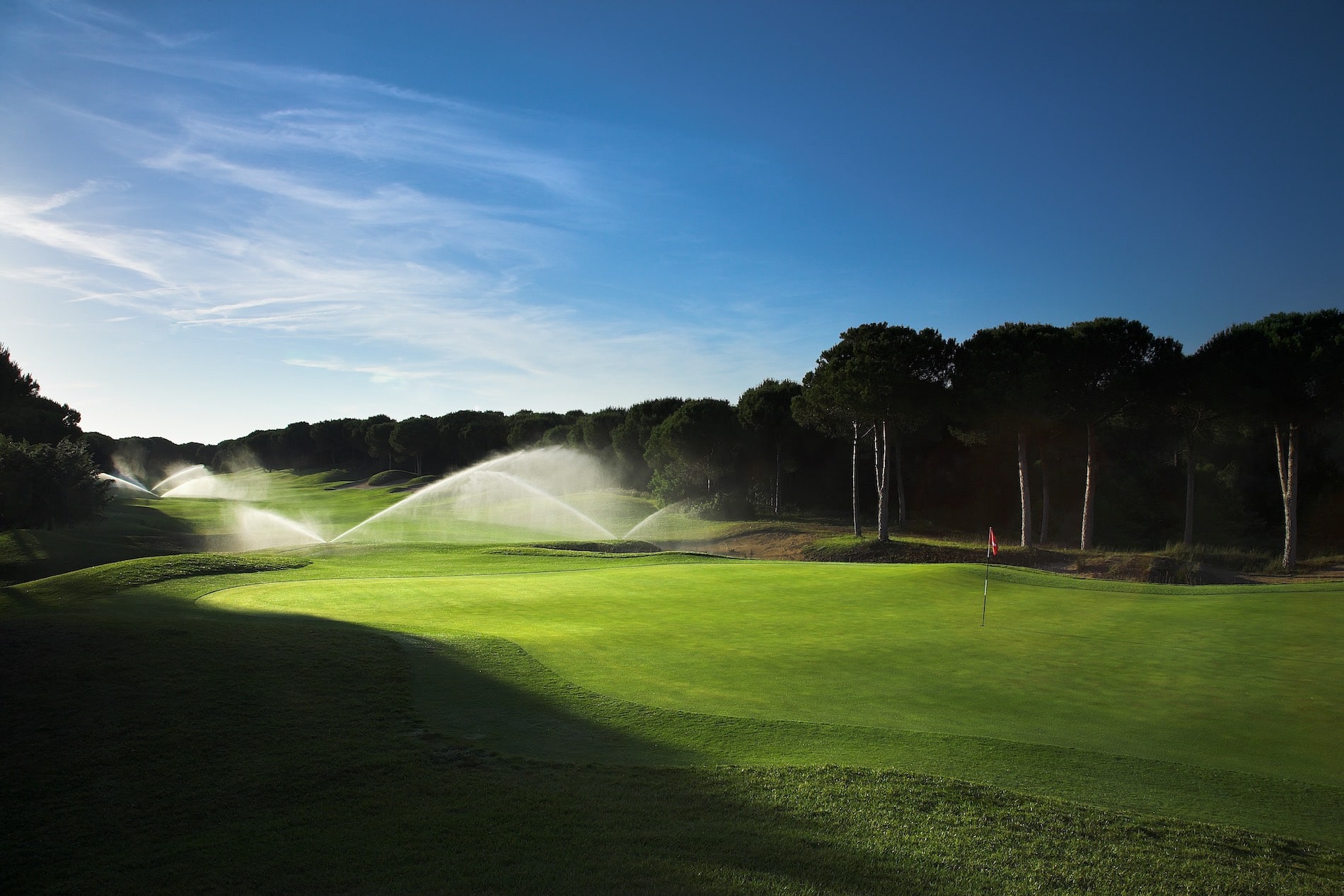 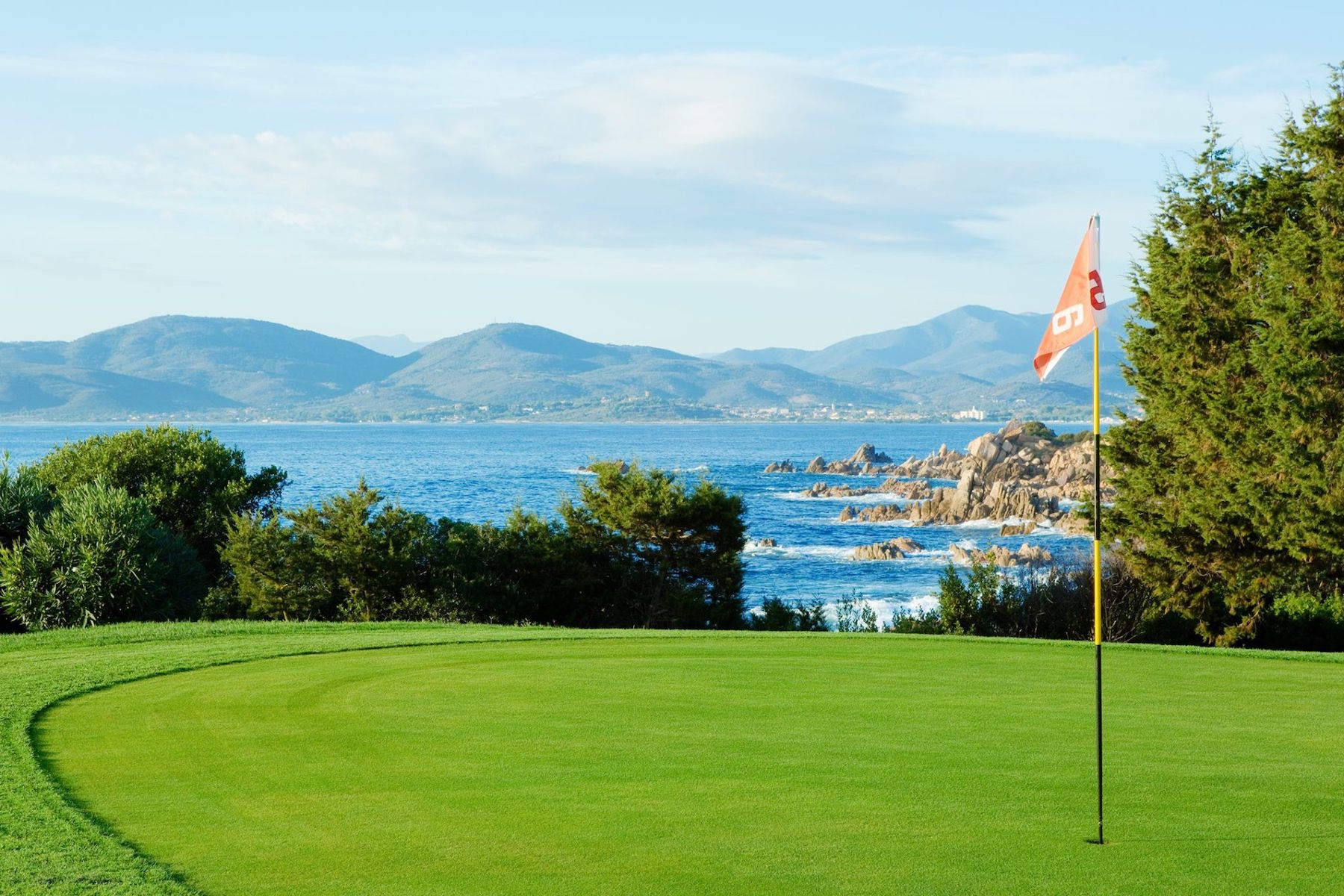