The Oasis Golf Club is Arnold Palmer’s magnificent masterpiece featuring the Palmer & Canyons Golf Courses. The Oasis Golf Club is at Mesquite’s the only 36-hole golf facility.  The Palmer course was designed by Arnold Palmer in 1995.  Originally, Mr. Palmer designed and built the course for his good friend, Si Redd.  The “Vistas 9” also opened during the same time and eventually became the back 9 of the Canyons once the front nine opened in 2005.

The Palmer course at Oasis Golf club is a Par-71 who offers you a choice of five different tees and some of the most scenic desert panoramas in Southern Nevada. It’s rugged canyon fairways and meticulous contour greens set this course apart as one of the best 18 holes you can play. The Palmer Course has been rated among the “Top 10 You Can Play” by Golf Digest.  All but one episode of the Big Break Mesquite was hosted by the Oasis Golf Club. The Palmer Golf Course is one of Mr. Palmer’s top ten favorite designs!  In Mr. Palmer’s monthly magazine, he was quoted saying that #5, #6, & #8 are in his top 18 holes he has ever designed. The course not only has some strategically placed bunkers, but a fair amount of water bordering both fairway landing areas and the greensites

The other course : the Canyons Course is the perfect compliment to the Palmer Course.  Rated more difficult than the Palmer course, the Canyons has two distinct front and back 9 layouts.

The front 9 plays a lot like the Palmer course, however the back 9 demands length and precision to narrow targets. Every hole is distinct in its features utilizing every club in your bag. Like the Palmer Course, the back 9 of the Canyons was designed by Arnold Palmer.

The Oasis is home to over 350 members and is Mesquite’s only semi-private facility.  Non-members can make reservations up to 90 days in advance.

The exquisite 29,000 square-foot Oasis Golf Clubhouse is nestled between the Arnold Palmer-designed course and the Canyons course. The grounds are complete with a driving range, chipping green and two putting greens.

The Clubhouse includes two “Members Only” lounges, locker rooms, and two dining facilities.  The Grille Room is open for casual breakfast and lunch along with a fully-stocked bar.  The Redd Room is designed to accomodate member tournament parties, private dining, weddings, and quinceneras. Dinners are served on Fridays and Saturdays only both in the Grille Room and Redd Room. 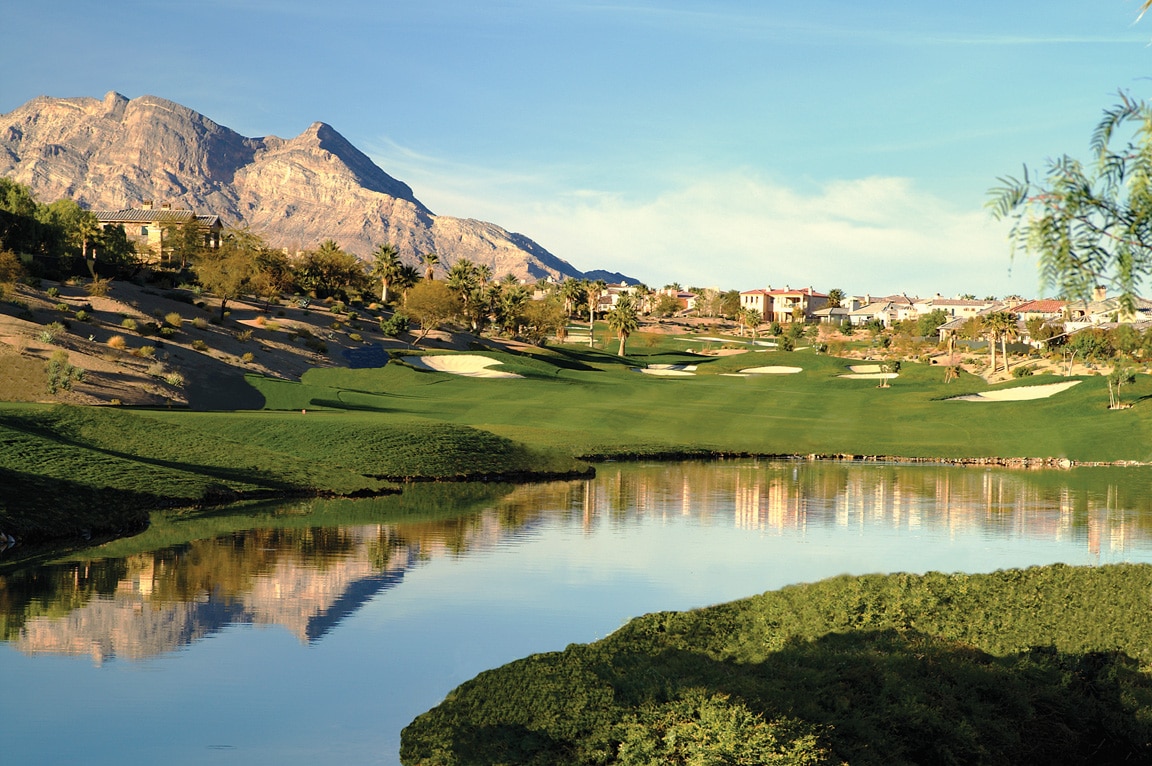