Desert Highlands Golf Club was Nicklaus’ first effort in Arizona’s vast desert terrain and many consider it his best. This championship course is 7,108 yards from the tips. The par-72, 18-hole golf course conserves water by using turf to create a ‘target-golf’ effect.

The opening tee shot of the day instantly gets the blood flowing as you stand on a severely elevated tee box overlooking Scottsdale/Phoenix with a ribbon of a fairway streaming below. Desert Highlands features relatively forgiving fairways for a target course and features stunning views of Pinnacle Peak.

The signature hole, though, would have to be the 418-yard, par 4 14th, which proceeds up to a raised, double-terraced green framed by the Peak.

Membership to the club is restricted to residents, as membership is automatic with property ownership in Desert Highlands. Members of Desert Highlands can also enjoy a 7,000 square foot fitness and wellness center, where members can attend fitness classes, consult a personal trainer and receive nutrition consulting, a swimming pool, and a clubhouse restaurant. There is also a thirteen grass and hard surface tennis court complex (which has four clay courts, four grass courts, three hard surface Laykold courts and two Nova Pro Bounce courts) at members’ disposal. 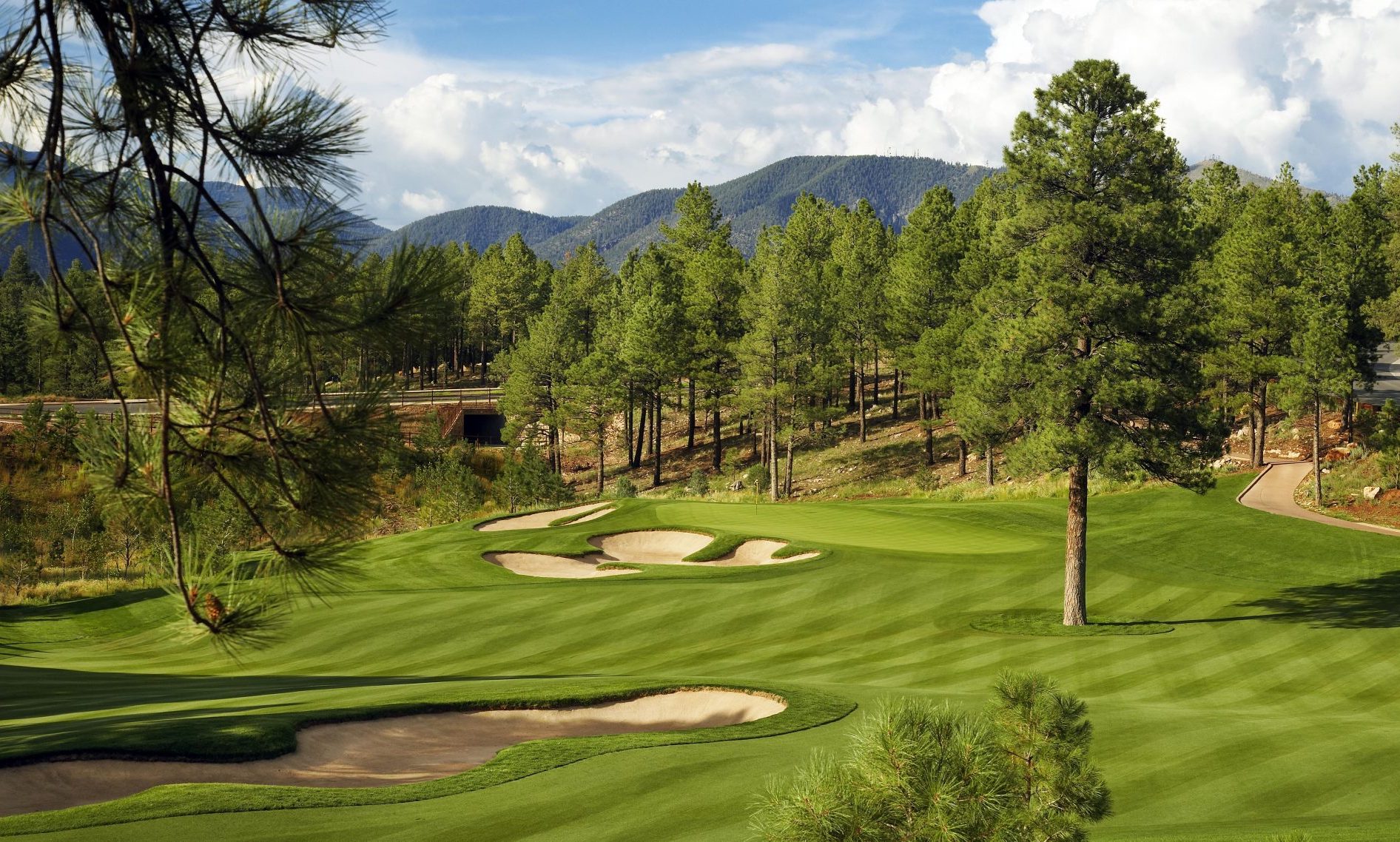 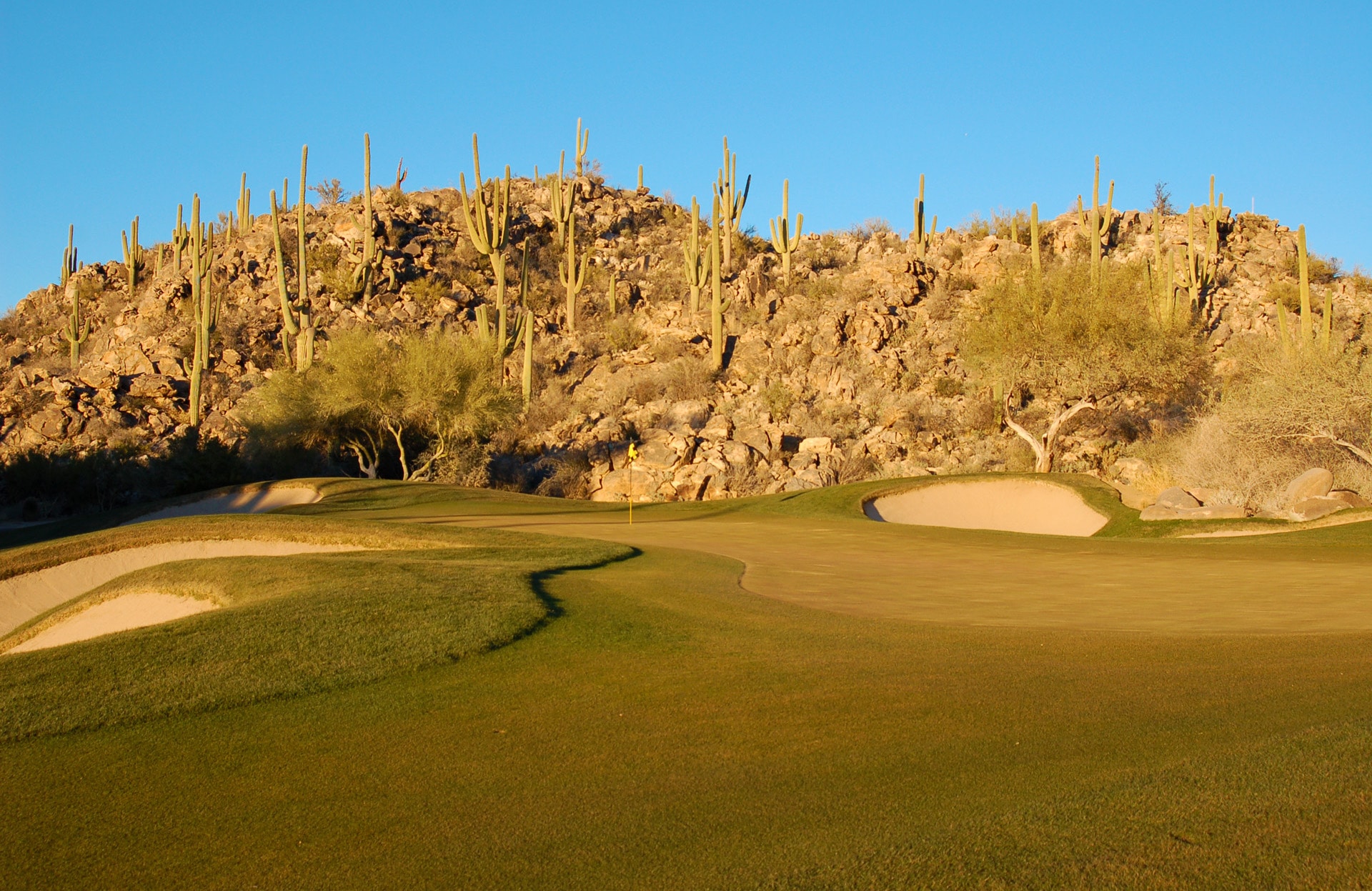 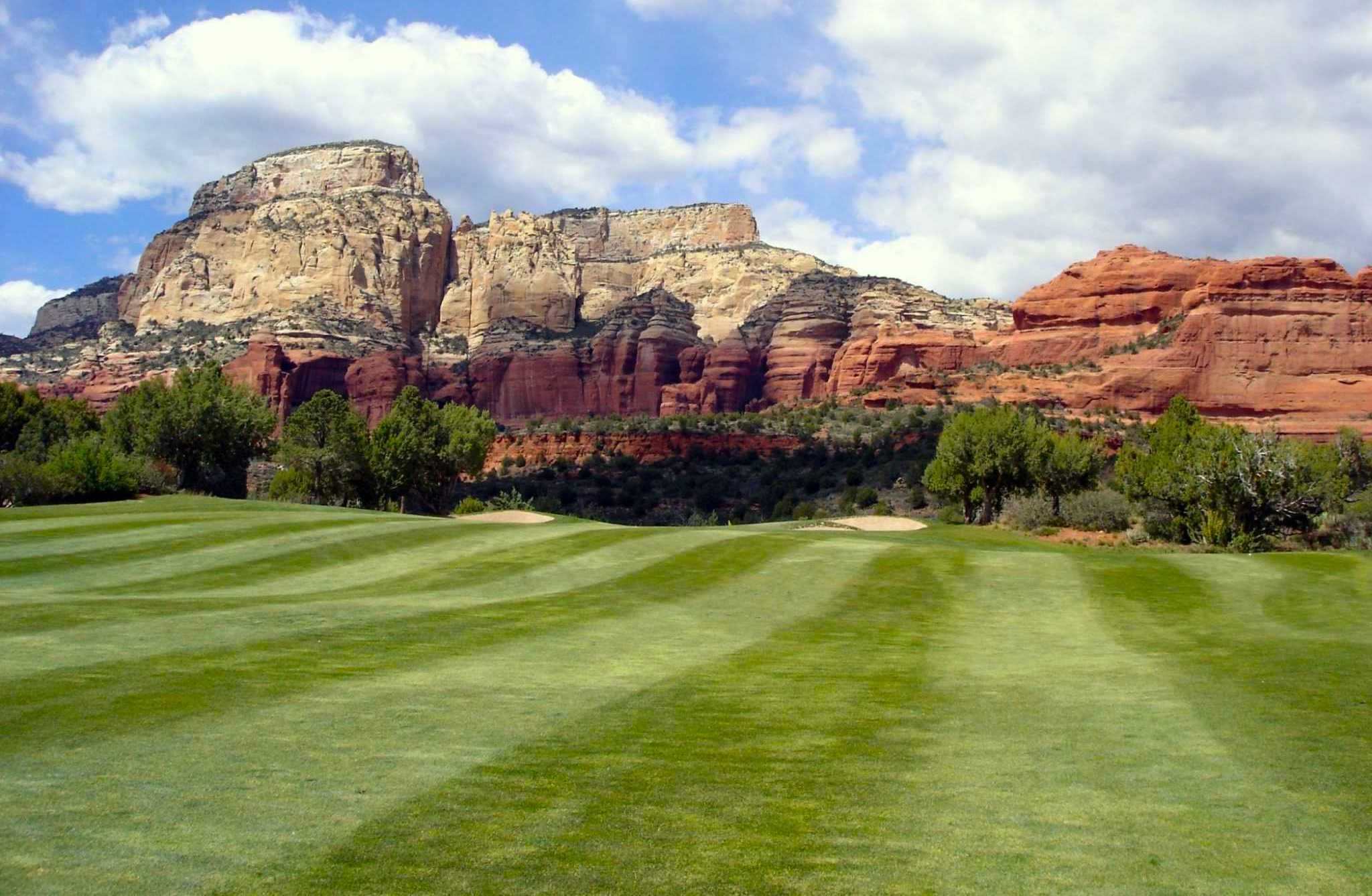