Everybody knows that Augusta National Golf Club is home to the Masters. Its Georgias dream course which is located in a dream-like setting and the nearest most of us will get to teeing it up on the 1st is in the depths of our dreams.
Augusta National is one of the most exclusive clubs in the world and was designed by the worlds greatest golfer, who teamed up with the worlds greatest architect. Bobby Jones and Alister MacKenzie were the perfect duo to lay down the perfect course.


The Augusta National is the epitome of the type of course which appeals most keenly to the American taste, the meadowland course. Wrote Robert Trent Jones in “The Complete Golfer”. From tee to green there is nothing but closely cropped green turf. These broad expanses of fairway, punctuated with pines and dotted with flashes of white sand, give Augusta a clean, sprightly appearance. The Jones conception, incarnate in Augusta, was that the course should be a true test of championship golf, but, more than that, that it should be a pleasure for all classes of golfer to play.

Robert Trent Jones was not the only architect to subtly contribute to the development of Augusta National. Perry Maxwell, George Cobb, Jack Nicklaus and Tom Fazio all shaped the course over the years to fulfil the wish of Bobby Jones for Augusta to remain eminently playable from the regular tees for the medium and high handicap golfer while simultaneously presenting a stiff examination from the back tees for the low handicap or scratch golfer.

Hole 12th – Par 3 – 155 yards – Golden Bell
The shortest hole on all of Augusta National is also the best. Usually just a wedge shot for the pros, the treacherous par 3 is protected by Rae’s Creek in the front and a bunker in the back. Sitting in the Heart of Amen Corner, the 12th hole has seen plenty of drama over the years, most recently the collapse of Jordan Spieth during the 2016 tournament. Although Spieth’s misfortunes are still fresh in the mind of golf fans, Fred Couples’ miraculous par save during the 1992 Masters remains the most famous moment on #12.

Hole 11th – Par 4 – 505 yards – White Dogwood
The 11th hole marks the start of the legendary Amen Corner at Augusta National. Tucked away in the far corner of the golf course, the long par 4 is the hardest hole on the course. A downhill shot to a green protected by water usually sees players bail out to the right to avoid the pond. However, a birdie on the 11th hole can often give players momentum going into the legendary back nine. Larry Mize’s chip-in in the 1987 playoff to beat Greg Norman is one of the best shots in Masters history.

Hole 10th – Par 4 – 495 yards – Camelia
A downhill, dogleg par 4 provides a challenging start to the back nine that rewards a good second shot onto the green. Players can be aggressive with their tee shot, as the slope can add extra yardage and the massive bunker in the middle of the fairway isn’t reachable since the hole was lengthened. The elevated green is severely sloped, making a pitch shot extremely difficult if players miss the green. In recent years, the 10th hole has been the first hole in the event of a playoff. Perhaps the most famous moment on the 10th is the miracle shot by Bubba Watson in the 2012 playoff, which helped him clinch his first green jacket.

The question now is : How you can play a round at Augusta ? As Augusta National is one of the most exclusive club in the world the task is REALLY difficult.

So if you’re not invited to play the Masters and you’re not a member of the club : 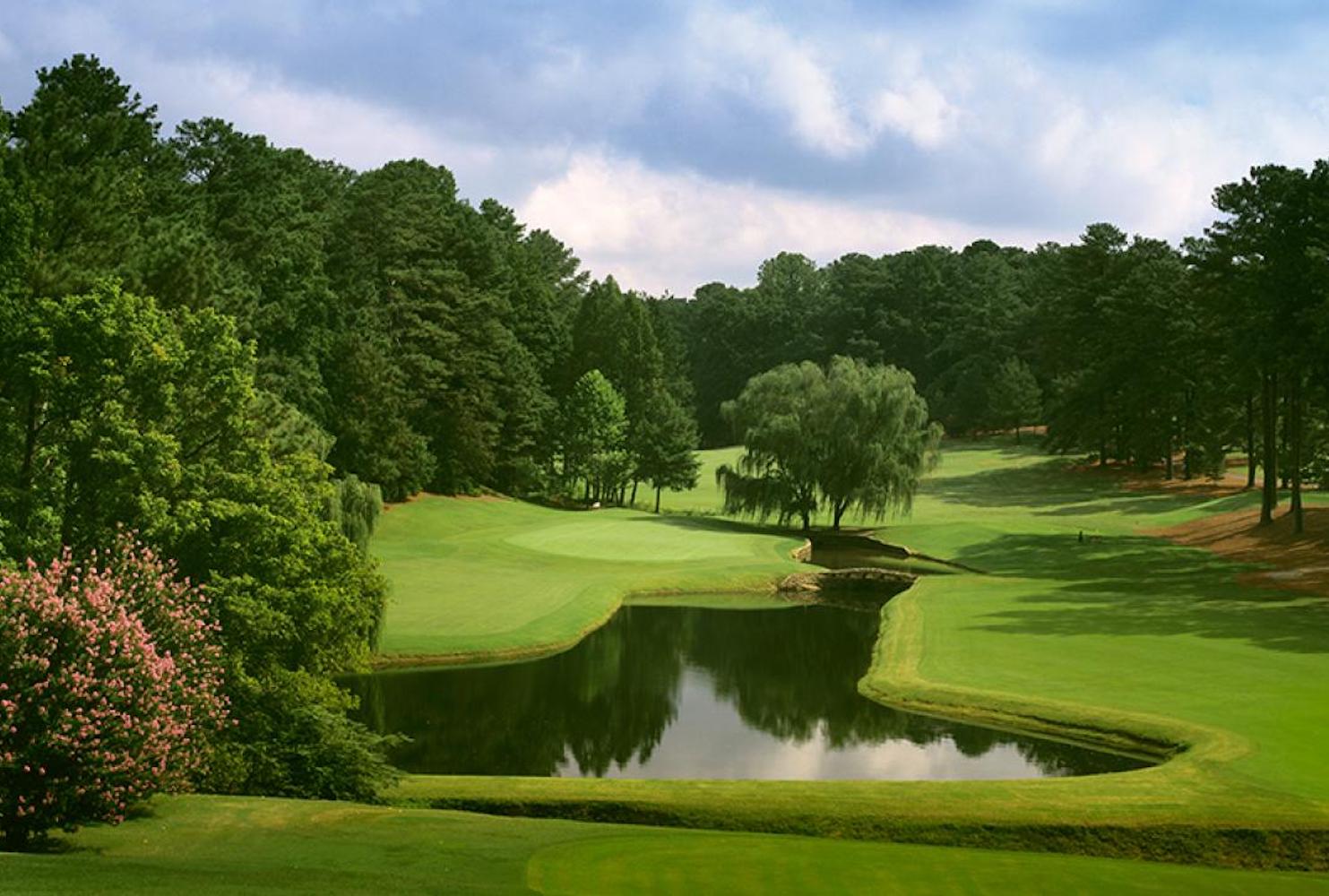