The Republic of Côte d'Ivoire or the Ivory Coast as it is more commonly known in English, was once a powerful French outpost and the country continued to prosper for a couple of decades after gaining independence from France. There are reputedly five golf courses in the Côte d'Ivoire and the one that gets the general thumbs up is located across the road from the Inter-Continental Abidjan Hotel. It’s commonly known as the Ivoire Golf Club. The Open de Cote d'Ivoire (a former European Challenge Tour event) was held three times at the Ivoire Golf Club. This was the country’s last notable golf tournament. From 1980 to 1992, the Ivory Coast Open was hosted at the President Golf Club in Yamoussoukro. Gary Player, Vijay Singh and Gordon Brand were all former winners. 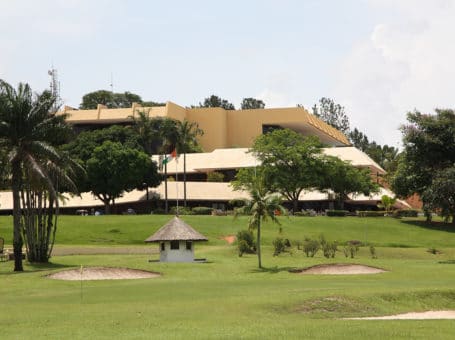