Founded in 1984, Spanish Trail Country Club is one of the oldest in Las Vegas (Nevada) and the only 27-hole masterpiece, private, not-for-profit, member-owned equity club in town. Personally designed by the legendary golf course architect, Robert Trent Jones, Jr. Tree-lined fairways, undulating hills, 15 lakes with streams and waterfalls, 120 bunkers and sweeping mountain vistas create a golf experience like no other. The club offers 27 holes divided into three unique nines that are played in different 18-hole combinations.

The Lakes/Sunrise Course is the shortest of the three combinations at 6,957 yards. The aptly named Lakes nine has water coming into play on six holes. Golfers should be prepared for several forced carries as well as water guarding the greensides on five holes. The fifth hole on the Sunrise nine was ranked as one of the toughest holes on the PGA Tour back in the late 80s when the club hosted the Las Vegas Invitational. The back nine also has plenty of water, most notably on its signature final hole, which features a scenic waterfall.

Note that the restaurant & the bar are open until 9pm. 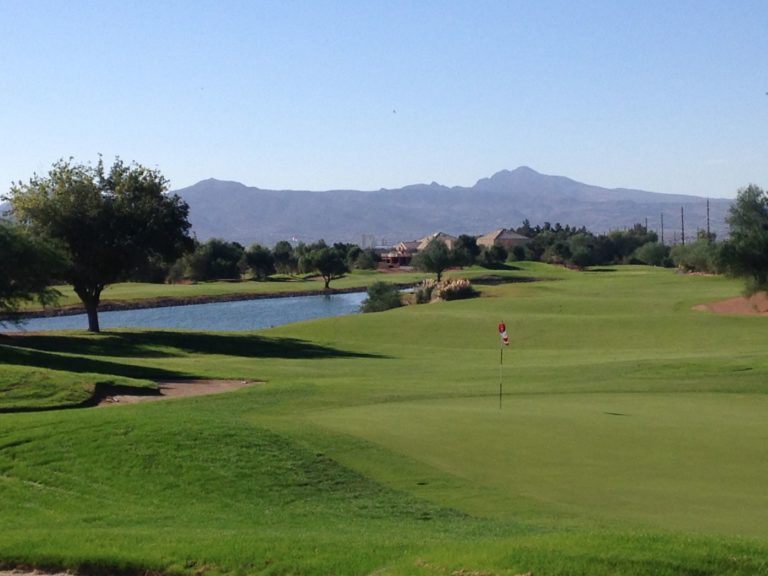