Golfclub Am Mondsee lies 4 kilometres south of Mondsee, where farmland was converted to a golf course in 1986 when the owner decided to discontinue an unprofitable beef production business with his herd of cattle and move into golf.

Laid out as two returning nine hole circuits, each of which concludes with a curving par five hole on either side of a lake inlet, the course measures 6,248 metres from the back markers, playing to a par of 72.

The small town of Mondsee is located in the Upper Austria district of Vöcklabruck, on the northern shore of Lake Mondsee, though it was historically part of Bavaria in times gone by.

With a population of fewer than 5,000 people, it’s a beautiful little settlement which is also home to the historic medieval Mondsee Abbey, founded by Benedictine monks in the 8th century.

The signature hole is the 161-metre 17th (Par 3), requiring an all-carry tee shot to the safety of the putting surface and this one-shotter is the second par three in a closing sequence of four holes where water comes into play from tee to green.

The run for home is certainly treacherous but the reward for success is one that the club states rather well in its course publicity, translated as: “the person who brings their ball dry into the clubhouse has earned their snack on the lakeside terrace”. A long Par 5 with water on the left side during all the hole.

In conclusion, a beautiful 18-hole-championship course with tricky hazards.

Clubs for hire
Trolley for hire (5€)
Electro-cart for hire 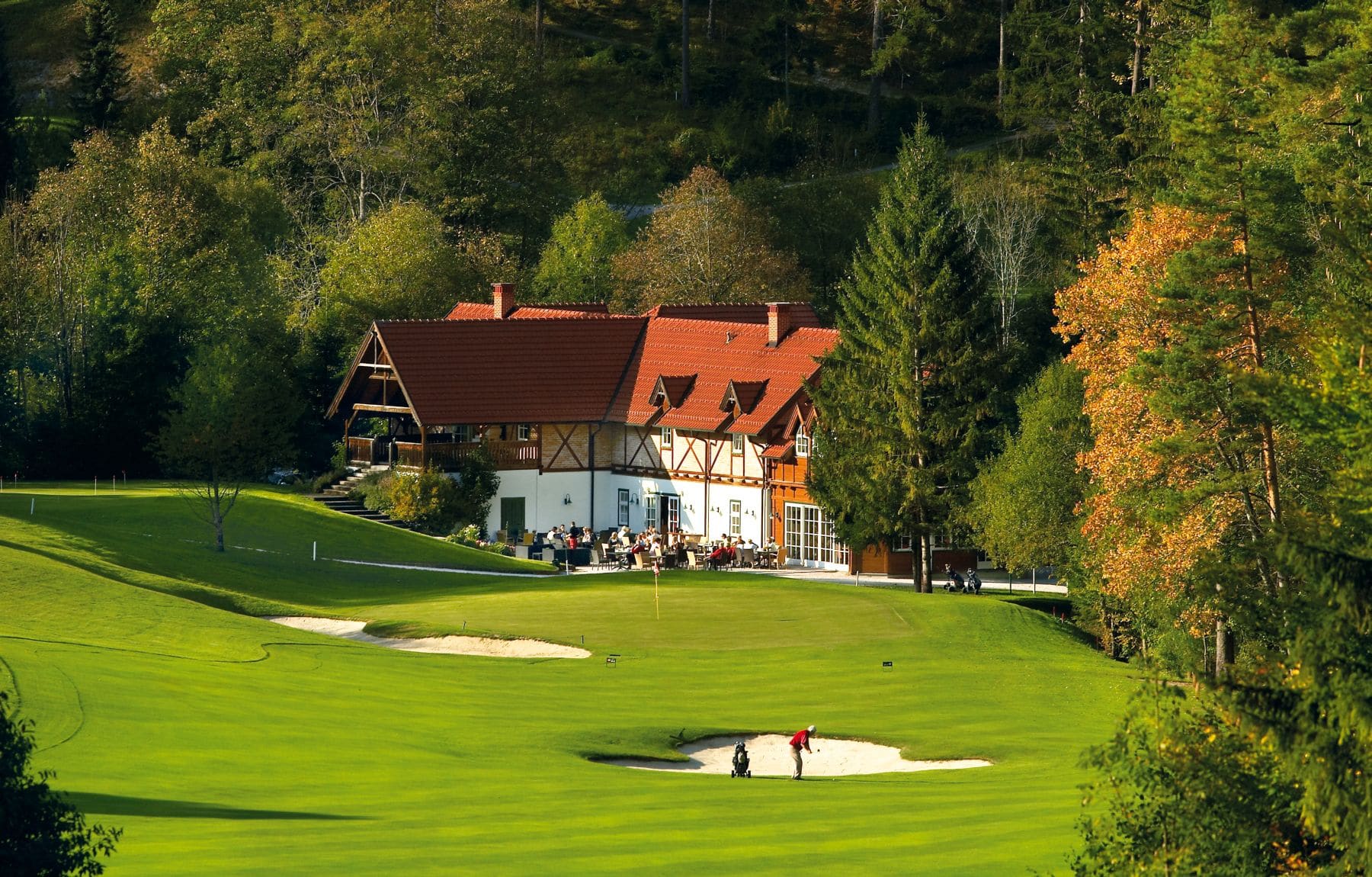 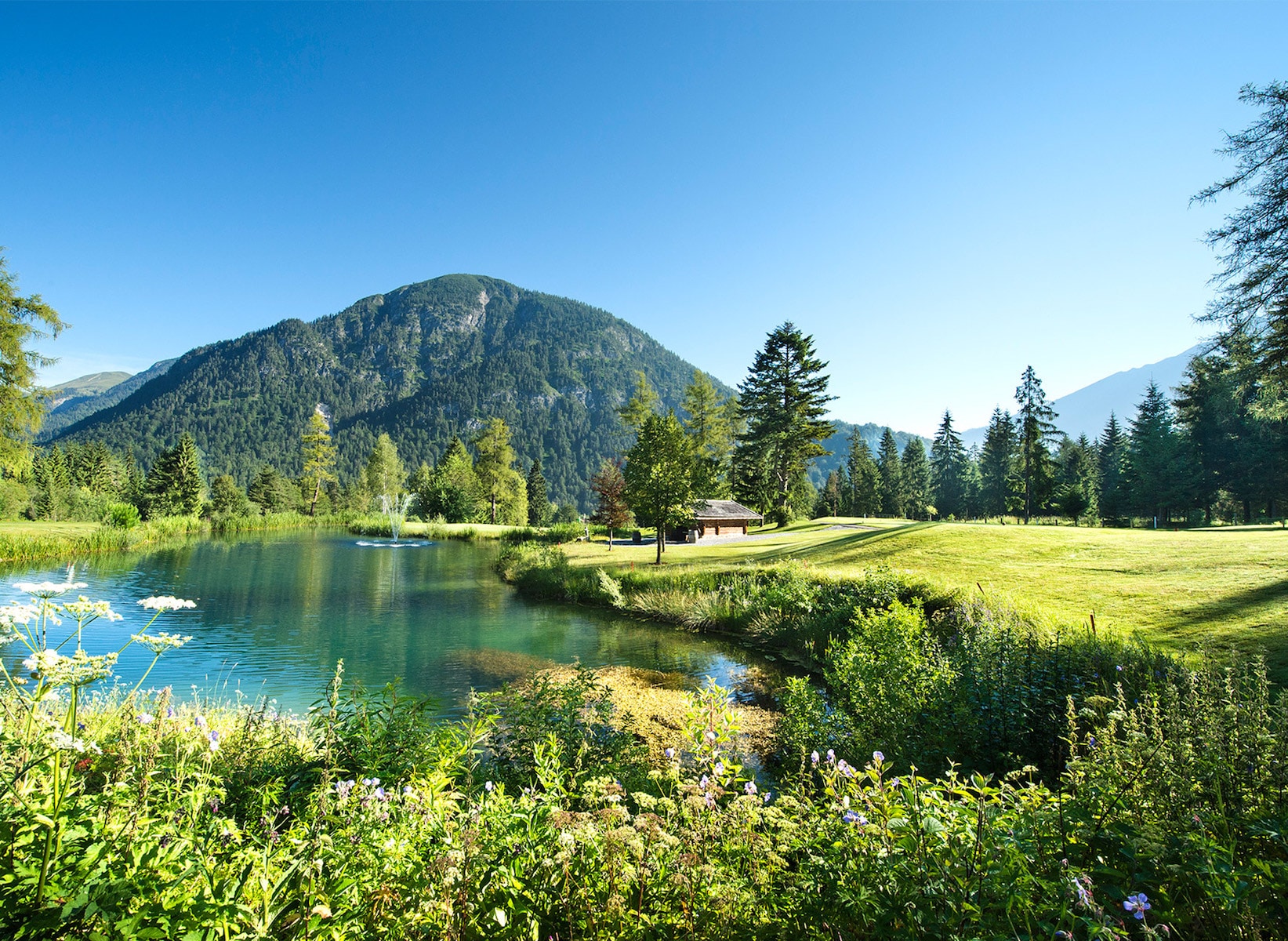 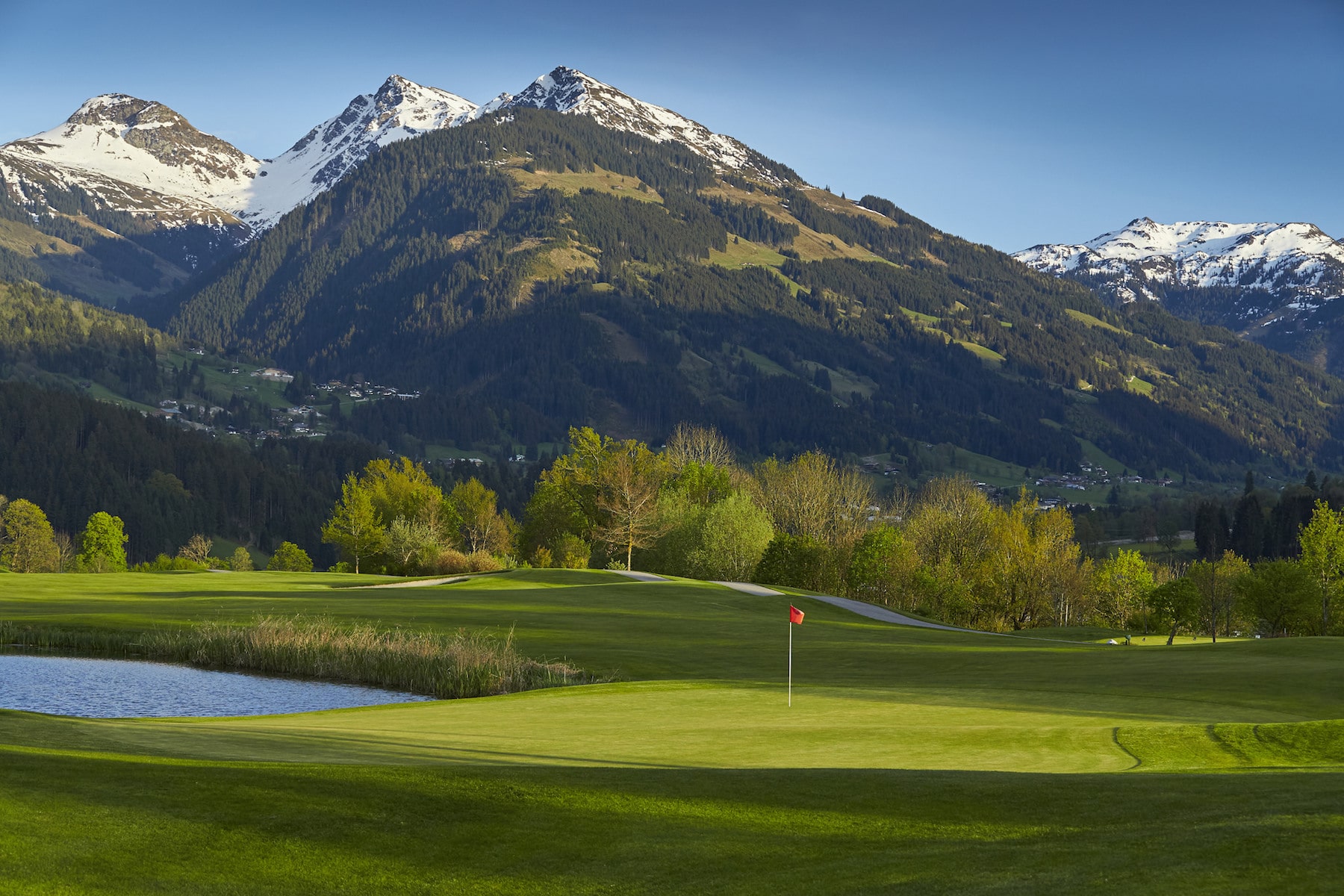