There is no doubt about it – Gut Lärchenhof’s signature Stadium Course is one of the most attractive and interesting golf layouts in Germany. Jack Nicklaus may have put his name to more than 300 courses worldwide, but only a tiny fraction of them have been located in Europe. Of the European courses created by the Nicklaus Design company, half have been in Britain and Ireland and half of the remainder in Spain. No great surprise then to discover there is only one Nicklaus signature design in all of Germany, here at Gut Lärchenhof Golf Club. For what it’s worth, the Lakes Course at Schloss Lüdersburg is also a Nicklaus creation according to its owners, but they don’t have a golden bear sculpture in front of the clubhouse.

So in that sense the Golden Bear at Gut Lärchenhof is unique within Germany, although at one time it almost became a non-entity there as well. That was when the club’s owners – a non-profit community bank – were questioned why their business model included running a loss-making golf course. When nasty allegations of misappropriation of savings deposits made the rounds, the golf operation was sold off to a wealthy member in 2009 and has been sailing in more peaceful waters ever since. The same cannot be said of the bank’s former director, who was subsequently indicted for tax evasion on benefits received in the form of a complimentary membership.

When the dust finally settled, Gut Lärchenhof returned to the professional circuit by staging the BMW International Open from 2012 to 2018, thus continuing a proud tradition that began by hosting the German Masters (1998 – 2005) and the Mercedes-Benz Championship (2007 – 2009). It is fitting that Bernhard Langer, who has won here no fewer than four times, promoted the tournament through his Langer Sport Marketing company until 2009.

The course itself is a championship venue with typical American styling. When the European Tour comes to town they add brutal rough, but in everyday play the fairways are wide and largely devoid of challenges. Most holes are clearly arranged and the driver can be used with little fear. The greens aren’t especially wild and the bunkering is quite predictable. All of this results in the unusual situation of a modern Tour venue being neither overly long nor particularly difficult from the members’ tees. 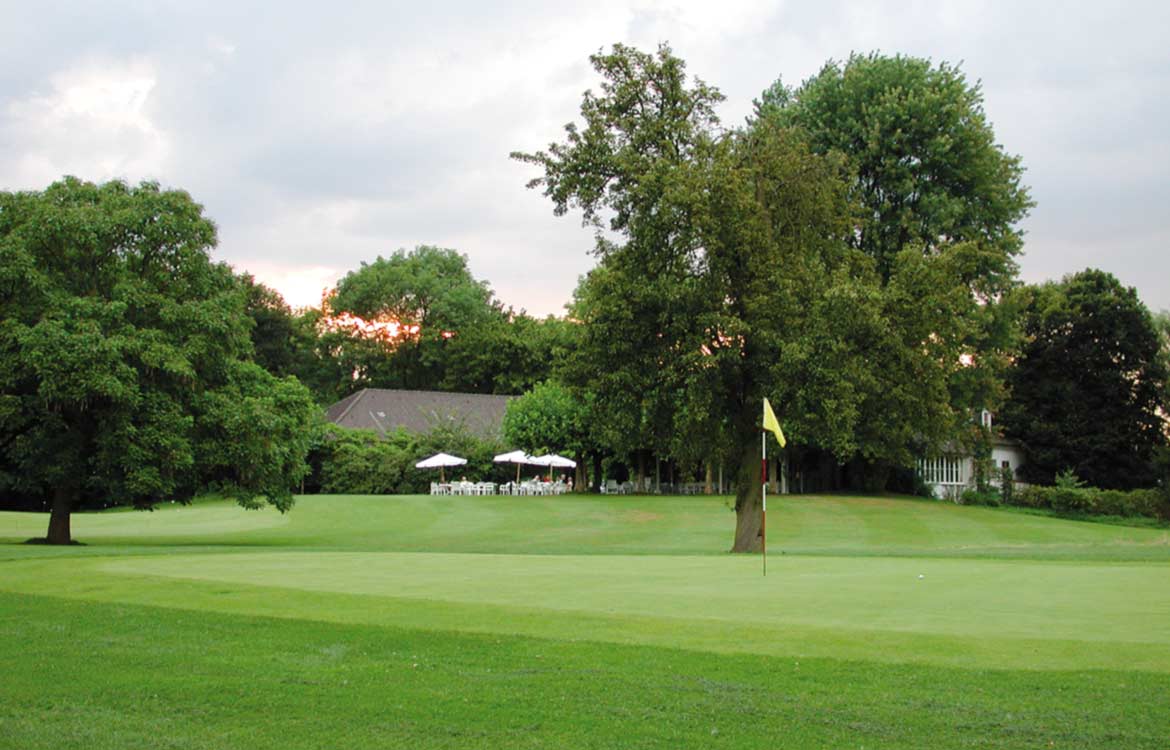