The Trump Turnberry is a golf resort on the coast of the outer Firth of Clyde in southwestern Scotland owned by Donald Trump. Located in South Ayrshire on the rugged coast, it comprises three links golf courses, a golf academy, a five-star James Miller-designed hotel from 1906, along with lodge and cottage accommodations. The prominent rock island Ailsa Craig is readily visible to the southwest.

The Ailsa Course
The Ailsa course at the Turnberry Resort is probably the most scenic Open Championship golf course. Situated on a craggy headland overlooking the small granite island of Ailsa Craig in the Firth of Clyde, with superb views across to the Mull of Kintyre and the Isle of Arran, the course is located in an ideal spot for playing golf.
Home of four Open Championships, the legendary Ailsa course has hosted some of the most iconic names in golf. Reborn in June 2016 at the hands of renowned architect, Martin Ebert, the transformation makes the Ailsa the number one ranked golf course in the UK & Ireland. Set alongside the glorious Ayrshire coastline, with Arran and Ailsa Craig as a stunning backdrop, it is one of the finest golfing destinations in the world.

The Ailsa course underwent a number of changes under the watchful eyes of design team Mackenzie & Ebert ahead of the 2009 Open Championship. Extensive alterations were made to the 10th, 16th and 17th holes with tweaks made to several other holes.

Hole 10th – Par 5
“Dinna Fouter” translates to “Don’t Mess About” and it is best to adhere to such advice. The hole arcs its way around the bay and poses questions to the golfer for all of the shots. The Firth of Clyde awaits players who hit their tee shot too far left, there is more room right than would appear standing on the tee. The famous ‘doughnut’ bunker in the approach has to be taken into consideration when deciding whether to attack or lay up. The incredible green location is heavily guarded and supreme accuracy is the key.

Hole 16th
This hole is named after Wilson’s Burn. The “Little Burn” running across the front of the green may not seem so little when you are faced with the task of either carrying it or suffering the consequences. A good tee shot down the right half of the fairway will leave the optimum angle to approach the green but beware as a watery grave awaits those who are not successful.

Hole 17th – Par 4
“Lang Whang” translates to “Long Whack” and that is exactly what is required to reach this long Par 4 in two shots. Please be wary of the bunker on the right as the contours of the fairway will gather tee shots towards it. The testing approach shot will have to carry the steep ridge in order to find the putting surface and when there you will be faced with a green full of subtle contours.

And to finish, Hole 18 – Duel In The Sun – PAR 4
The finishing hole of the Ailsa Course was renamed in honour of the 1977 Open Championship, which is regarded by many as the finest Major Championship ever played. The 1977 Open saw Tom Watson and Jack Nicklaus battling it out, shot for shot, over four incredible days with Tom Watson lifting the Claret Jug after the most dramatic finish on this hole. Negotiating the fairway bunkers is a must of the tee and too far right will be in trouble as gorse bushes will be waiting for you. The approach shot should be aimed for the right half of the green as there is an incline on the left that may leave a tricky chip.

The King Robert The Bruce course (opened in July 2017)is named for Robert the Bruce, the King of Scotland who was born in 1274 in a castle where the Turnberry Lighthouse now stands. He became a Scottish legend by proclaiming Scotland’s independence from England in the Battle of Bannockburn in 1314.

The 7,203-yard links is no longer merely robin to the Ailsa’s batman. Gone are the narrow fairways hemmed in by heavy high grass. Starting with the first hole, Ebert and his design partner, Tom Mackenzie, created fairway bunkers with marram grass “eyebrows” that stand in contrast to the crisp, clean look of the revetted bunkers around all the greens. They have also introduced an ecologically diverse wetland area between the fifth and 13th holes for both strategic and aesthetic purposes.

Two new par 5s that used to be par 4s, no. 8 and no. 11, anchor the dynamic four-hole run atop Bain’s Hill with the best views of the lighthouse, Ailsa Craig off-shore and even stretching to the Mull of Kintyre. The ninth green, the end of a demanding par 4 (it used to be a par 5), sits on the edge of the same cliffs that make the Ailsa course so famous. The new par-3 10th hole also used to be a par 4. The par-5 finishing hole – scarred by an army of bunkers – is also noticeably different.

In addition to the four new holes, notable changes to the course include a new wetland between the fifth and thirteenth holes, which becomes a haven for wildlife as it matures. The wetland also provides a beautiful visual feature as well as offering a strategic playing challenge for both holes.

The Arran at Turnberry golf

The Arran Golf Course at the Trump Turnberry Golf Resort provides plenty of tests, just like its siblings, the Ailsa and King Robert The Bruce golf courses: greens that undulate, tee shots that play tight, pot bunkers and that thick Scottish rough.

The holes on the Arran Golf Course mix it up with par-3 and -4s, appropriate for golfers of all levels, from rookies to pros, as everyone can use a workout on the links game, and that lighthouse provides a nifty backdrop. 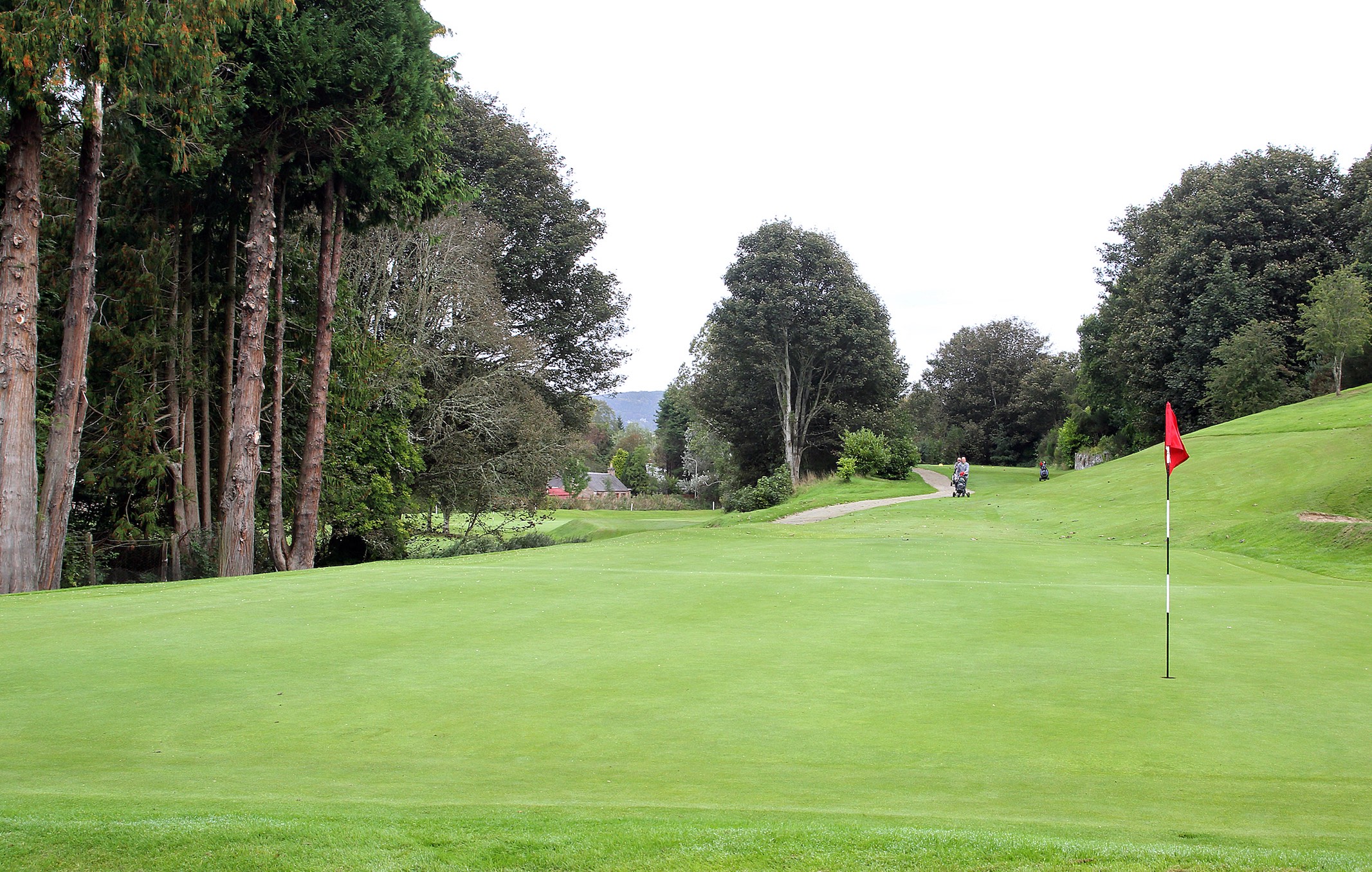 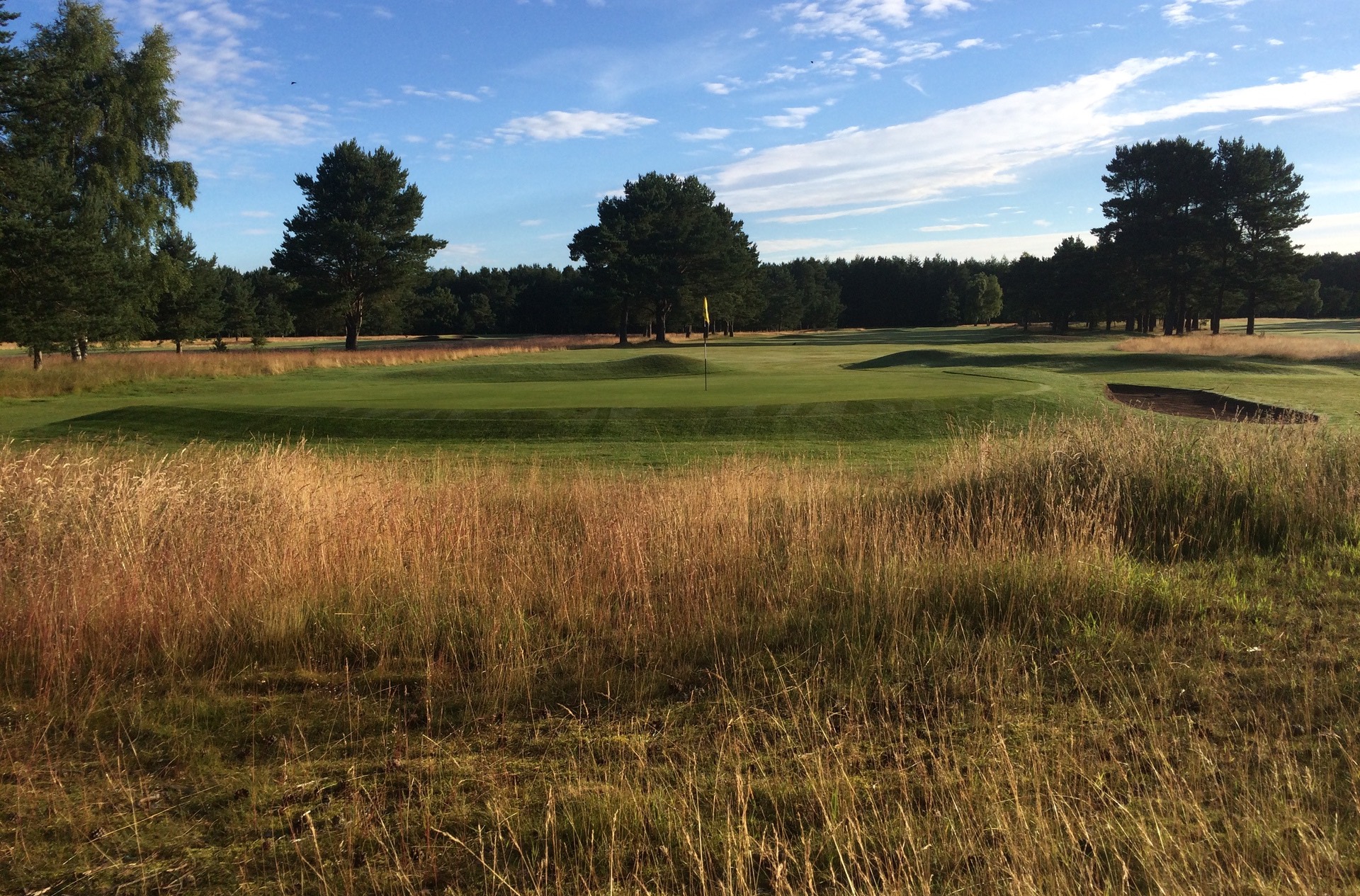 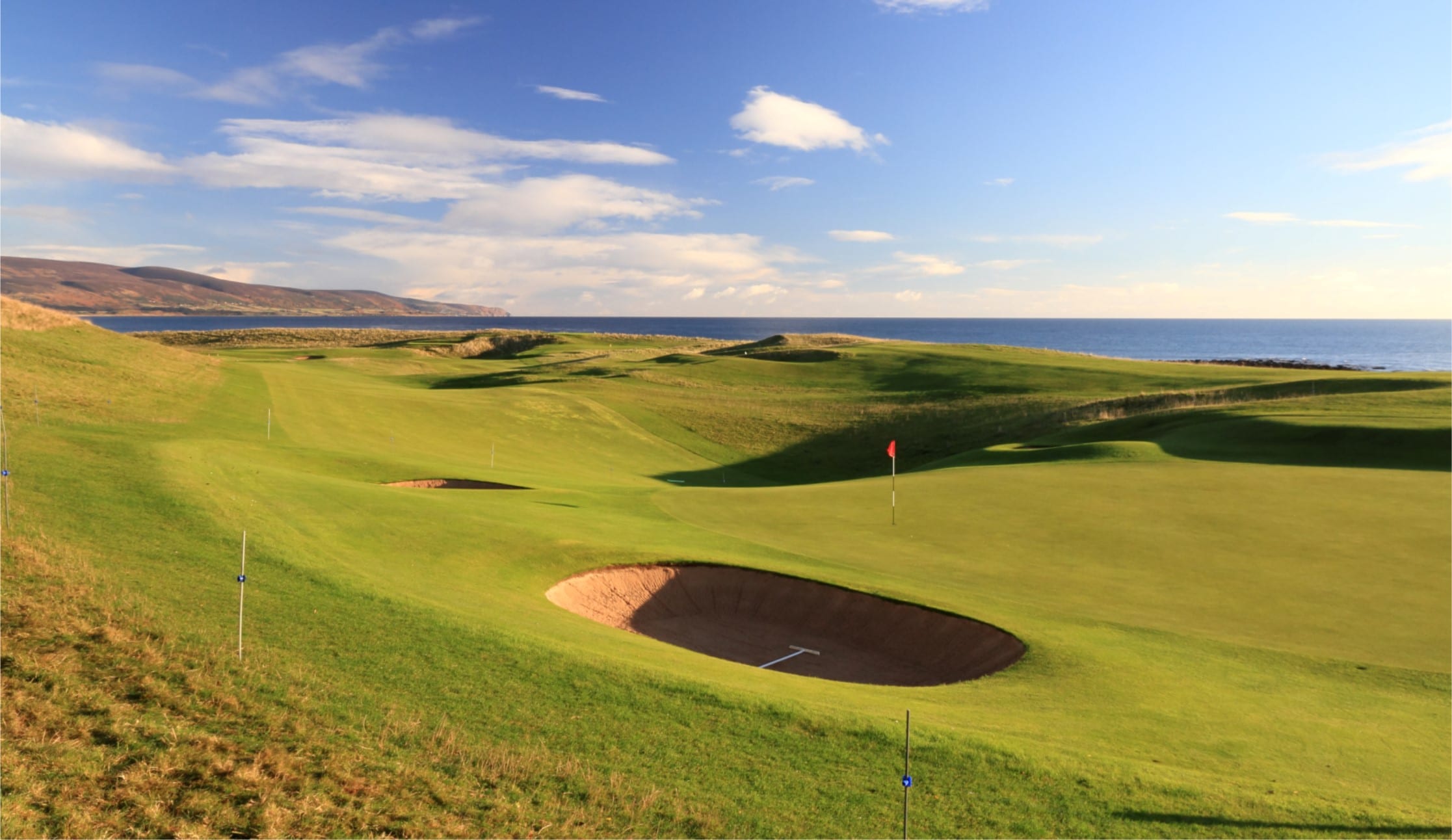