Several times, the Ptuj Golf Club has won the flattering accolade of being the best designed golf course in Slovenia. This 18-hole course is not one of the most challenging, but it is known for its many traps, in particular in the form of water obstacles.

The small settlement of Ptuj lies in the northeast of Slovenia, not far from the border with Croatia, and it’s said to be the oldest recorded city in the country. Located at an important crossing point of the Drava River, Ptuj was once an important stop on the trade route between the Baltic Sea and the Adriatic.

The golf course lies a couple of kilometres from Ptuj Castle – on the opposite side of the river from this 12-century fortification – with fairways laid out as two returning nines inside a 52-hectare property that’s largely devoid of any serious contours. It’s rather an easy walking parkland track which can be stretched to a moderate 5,727 metres from the back tees.
Notable holes include the par four 7th, played to a large two-tiered green that tilts from back to front, and the long par three 8th, where a sleepered bunker protects the front left of the green. Both the short holes on the back nine are also terrific, featuring an island green at the 14th and an elevated tee on the highest point of the course at the 16th. The 14th hole where par 3 can only be achieved with a stroke onto the island. The course itself is not too demanding, although players will have to take special pains to achieve a good result when playing from the professional tees.

Due to its configuration the course does not demand perfect physical fitness and is also suitable for amateur golfers, who can easily concentrate on the play as well as the rich indigenous flora and fauna. Special attention should be given to the birds whose characteristics are described on information boards located at the tees. 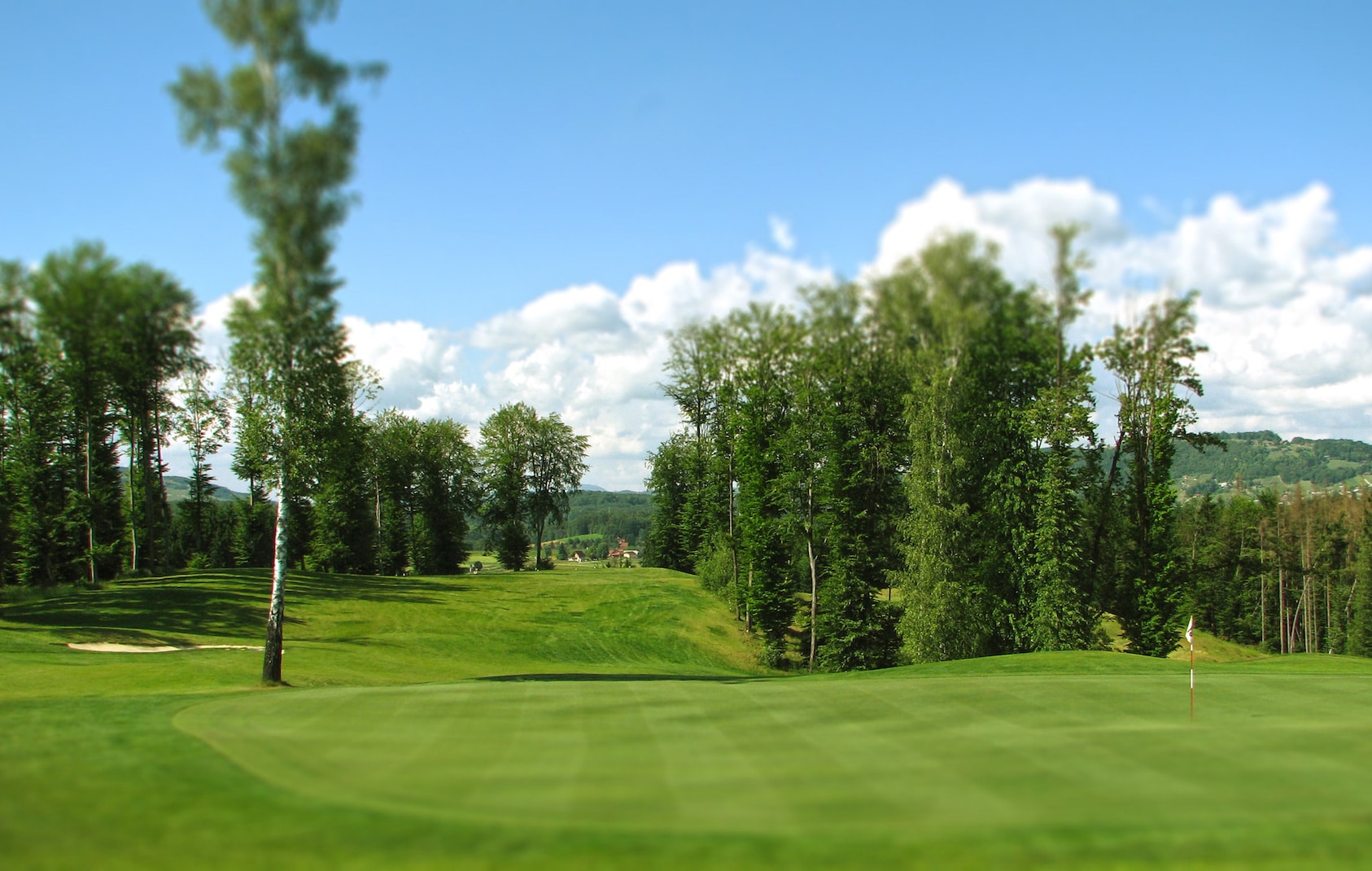 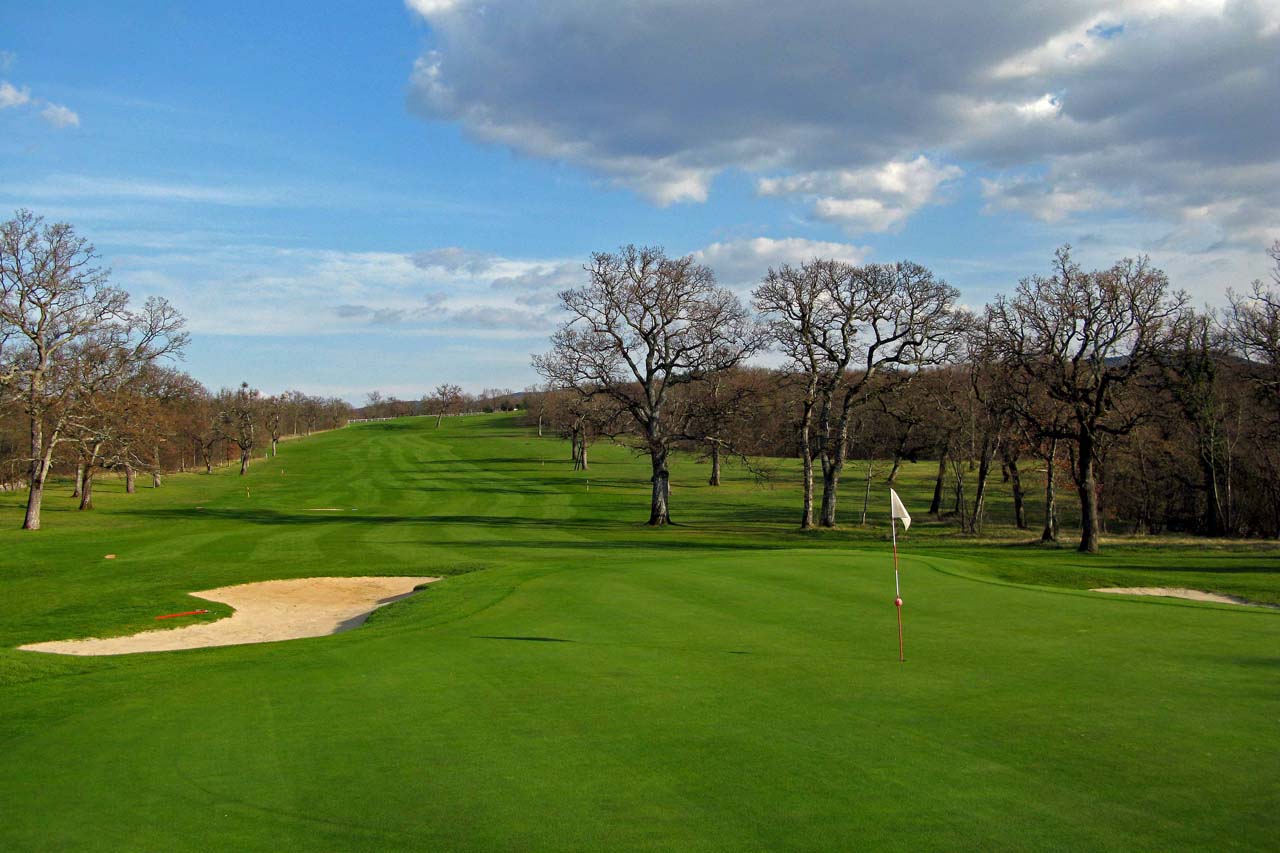 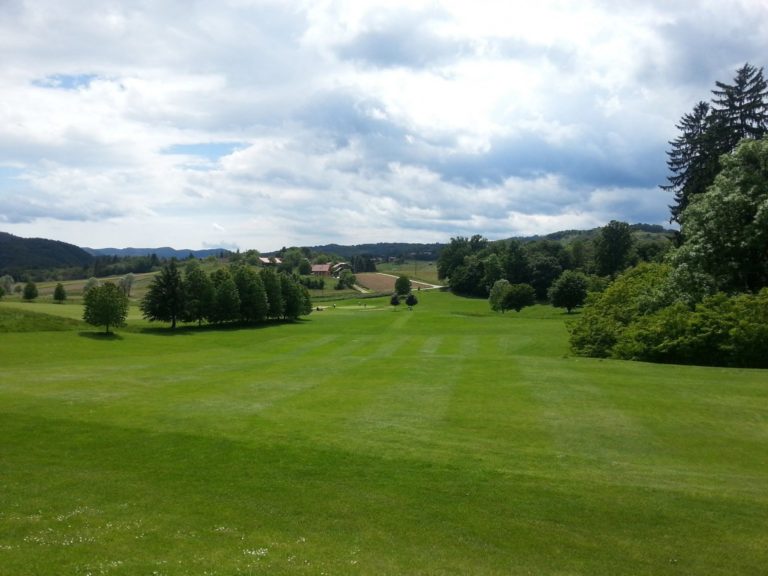