Portland Golf Club was founded back in 1913 and nine holes on the present site opened for play in 1914. A few years later, club professional George Turnbull added a further nine holes. Subsequently Portland has received numerous makeovers, including one from Robert Trent Jones who is attributed today as Portland’s course designer.

Ben Hogan claimed his first Major title here at Portland Golf Club, winning the 1946 PGA Championship. The following year the club played host to the Ryder Cup that nearly didn’t happen but resulted in a comfortable win for the USA team. Numerous other important events, including the US Senior Open have been hosted at Portland, but the club is rarely billed alongside other historic golfing venues.

Measuring a modest 6,700 yards from the back tees, the parkland Portland is not the longest course in the Beaver State but it’s still a challenging test which demands attention right from the off. The opener is a tough par four which requires an accurate tee shot that must avoid the avenue of trees to set up a mid-iron approach to a shallow, well-defended green. There’s no letup at the plus 400-yard 2nd, where the elevated tee shot provides a clear view of the task at hand. This was once voted among the best 18 holes in Oregon by The Oregonian newspaper.

Portland’s most picturesque hole is the short par four 7th called Bristol – so called as it was funded and designed by Henry Bristol. More beautiful to look at than difficult to play, this short downhill hole may yield several birdies. Players will hit 4-woods or long irons from the tee to keep the ball short of the lake and then play 100 to 120 yard wedges onto this large green. The size of the green provides a target that will tend to keep the three water wizards around it from coming into play, although a back right pin placement will necessitate playing your tee shot on the left center of the fairway. Portland Golf Club’s most picturesque golf hole, number 7 features a lake which was dredged out by horses in the early 1920’s. The lake was swamp land, dug out at the expense of Henry Bristol. This green was made famous in the 1955 Wester Open when Julius Boros’s caddy mistakenly picked up his ball on the green creating a two stroke penalty for Boros, who still finished fifth in the tournament. Renovations to the 7th Green have been designed to make the hole more beautiful and challenging, while still maintaining its traditional character. The green has been rebuilt with a design that brings the water closer to the green, making for some great tournament pins on the front left side of the green. The bunkers have also been reshaped. Hole # 7 is now a more challenging par four.
The Bristol Hole… this hole was designed in 1923 at his own expense by the late Mr. Bristol with the help of Walter Hagen. Mr. Bristol also funded the original Pro Shop, which is now the site of the equipment shed.

But our team loved the closing hole. This is a long, strong, uphill finishing hole. The large fir tree just off the tee challenges the player. When you finally arrive at the green, you’re faced with a tough putting surface. Better leave the ball below the hole or a 3 putt is commonly the result.
On the left side of the fairway, near the first driving bunker, there is a white birch tree that makes this 18th hole very demanding off the tee.
Where you are now standing was originally part of a shallow lake. The first 18th tee was where the ladies tee is now located and the lake extended about 90 yards down the fairway. The present tee was built in 1923 at which time the lake and marshy area were filled in.

And you have to remember if you play the Portland Golf Club golf course that “Not every day you get to play a golf course that has hosted a major championship (1946 PGA) and a Ryder Cup (1948).

Remember that the Portland Golf Club is a private club but visitors can play a round. Contact the Club to try to book. 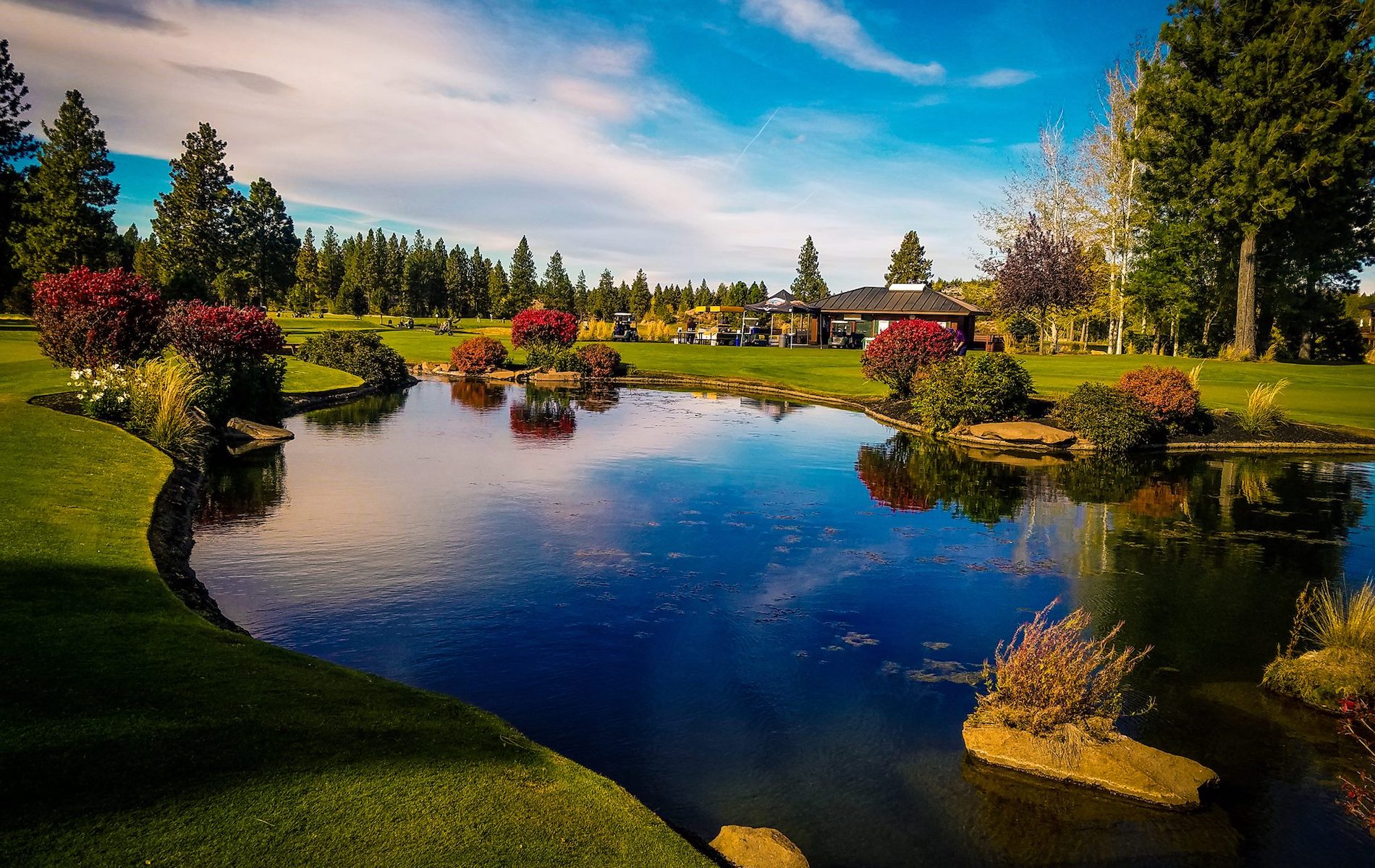 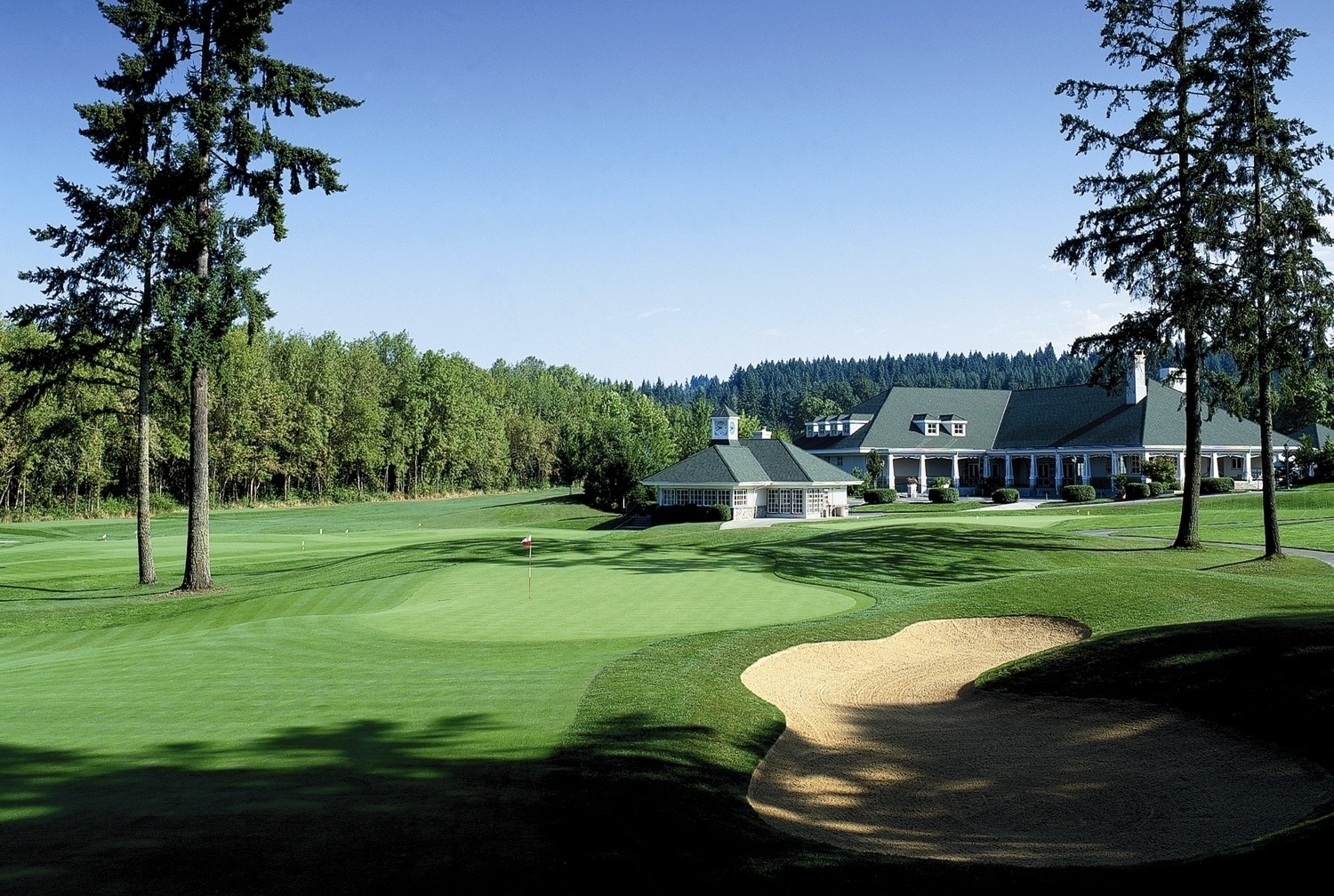 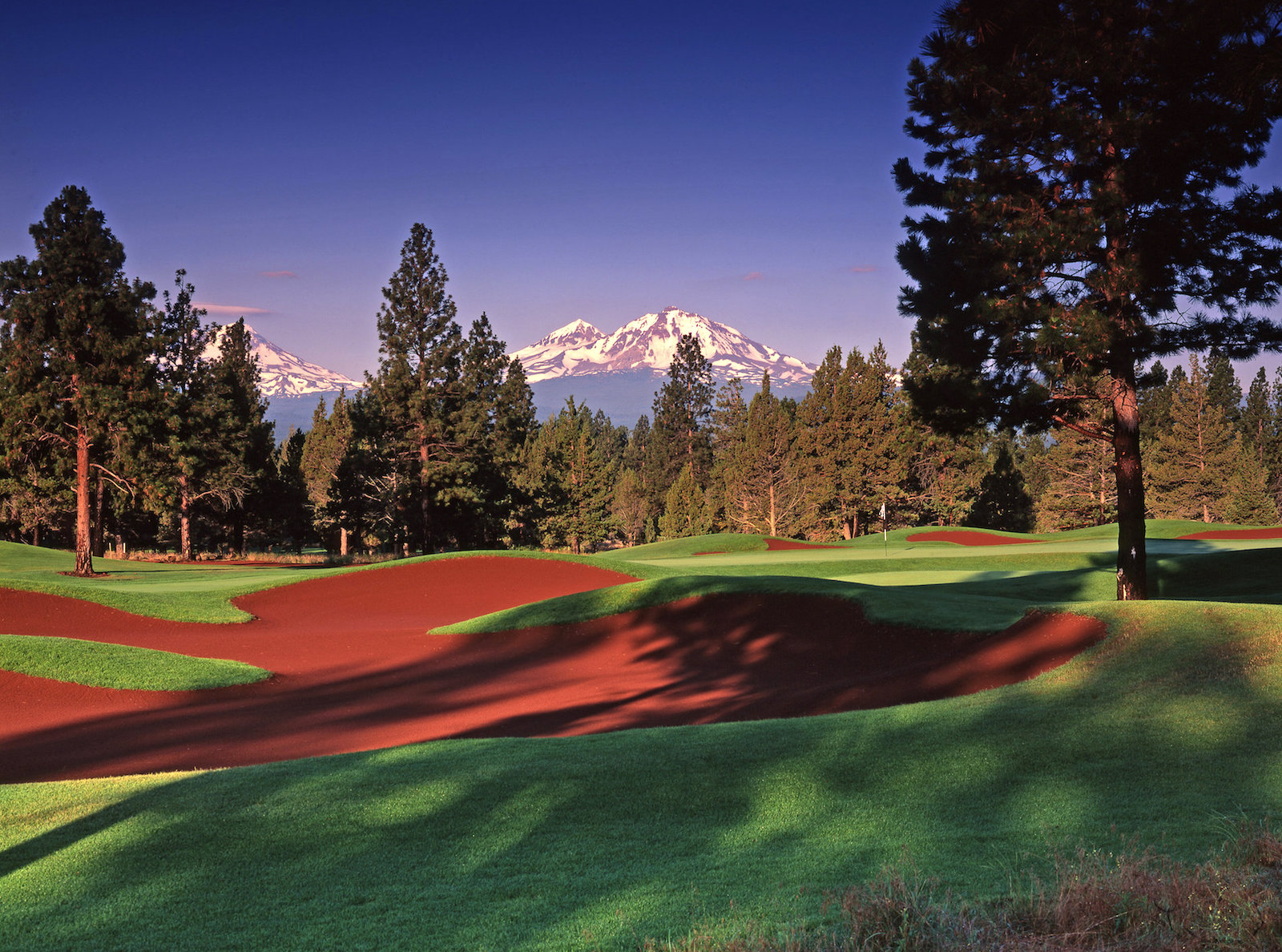