PGA National Resort & Spa has long been a place of legendary moments.. With five 18-hole golf courses in its portfolio, the PGA National Resort & Spa at Palm Beach in Florida offers a true smorgasbord for hungry golfers. The star attraction on the PGA National menu is the Champion course, which was the battleground for the 1983 Ryder Cup – one of the closest contests in Ryder Cup history. The match was deadlocked at 8-8 after the first two day’s play and teams were still tied after the first 10 singles matches. Eventually Jack Nicklaus’s team edged out Tony Jacklin’s European side 14½ 13½, denying Europe their first Ryder Cup victory on US soil. PGA National is also home of the Honda Classic.
PGA National Golf Club is also the home of the Professional Golfers’ Association of America.The resort was acquired in August 2006 by Century Golf Partners in conjunction with Walton Street Capital, LLC and SCS Advisors, Inc.

The Champion Golf Course at PGA National : Home of the Honda Classic

Originally designed by Tom and George Fazio for major tournament play, The Champion course at PGA National Resort & Spa was redesigned by Jack Nicklaus in 2014 and hosts the Honda Classic each spring on the PGA TOUR. Although The Champion has generous landing areas and spacious and accepting TifEagle greens, golfers are presented with course management challenges throughout the round. This South Florida golf resort course has five sets of tees to make the course more playable for golfers of all levels. A must-play on any avid golfer’s list, The Champion features the Bear Trap, which spans three demanding holes designed by Jack Nicklaus – listen to the designer describe it in his own words. Considered one of Florida’s most notable golf challenges, on what is unquestionably one of the best golf courses in Florida, USA Today calls the Bear Trap “one of the toughest stretches in golf.”

PGA National Championship Course begins just a few steps from the clubhouse. It really is a good starting hole, not too tough, but difficult enough to give you a good sense of what it to come on the remain 17 holes. Just like on this hole, you will often find trees on one side and water on the other. Sometimes it is mixed up with trees on both sides or water on both sides, but this is not a course for an extremely wayward driver. You can get away with a miss here and there, but you will be penalized by the thick rough.

There are number of great holes on the front side of the Championship Course. On paper there are a couple holes that look easy, but playing them is much more difficult than one would think. The 4th hole is a short par 4, but because of the fairway bunkers, green side bunkers and a narrow crowned green, it can easily result in a big number on the card. The 6th hole is another short hole, this time a par 5. With such a narrow fairway, water left and a prevailing headwind, it takes a number of accurate shots and good putting to beat this little hole. The front 9 wraps up with a solid, long par 4 again into the wind bringing you back to the clubhouse.

After making the turn and heading to the back side you get the first and really the only easy driving hole. The fairway is the widest on the course as you can see from the elevated tee box. But the narrowing fairway as you near the green challenges approach shots to be accurate. Hole 12 is one of the toughest holes on the course. It is a long dogleg right that requires accuracy and length. The green is well guarded by traps, water and trees. After you walk off the 12th green with a bigger score than you wanted you get a glimpse of the Bear Trap. The 13th and 14th holes are slightly tamer than what is ahead, especially if you hit the fairways.

The Bear Trap is one of the most famous stretches of 3 holes in golf anywhere . Once you get to these holes it is all about playing smart and trying to survive. It opens with a solid par 3. The 2nd hole of the Bear Trap is a long dogleg par 4. The tee shot need to go straight to give yourself a fair chance at hitting the green.  The rubber match is hole 17. It is very similar to 15. Around 185 to the pin mostly over water again with more water to the right. Another solid strike that held into the wind and hit and front portion of the green and rolled to the middle of the green. A simple 2 putt par means that you beat the Bear Trap. It is not really a stretch of holes that you are thinking about birdies, just surviving with pars. While 18 isn’t included in the Bear Trap, it is a solid finishing par 5. It can be reached in 2 with good shots, but there is water to navigate again all along the right side of the second half of this hole. It might be a chance to make up a shot if you lost one in the Bear Trap, or it could be a disastrous way to end your round.

“The Champions layout at PGA National is 7,140 yards of venom, a king cobra of a course that rises without warning to strike down the world’s best golfers. Snake charmers may have a better chance of taming it than the players at the Honda Classic.” – Karen Crouse of the The New York Times, February 2014.

The Palmer Course at PGA National :

Named after its designer, Arnold Palmer, this course is one of the more forgiving at PGA National Resort from tee to fairway, known as a risk/reward game. The open fairways and larger “Champion Bermuda” greens can be quite accommodating and invite players to take a chance if they dare – as golfers are not overly penalized for missing the fairway or primary rough on most holes here. There is a considerable amount of undulation through the fairway, presenting the opportunity for uneven lies and creative shot-making. The Palmer has a great series of finishing holes, with the 18th being one of the most scenic par 5s on the property.

The Fazio Course at PGA National : Formerly the Haig Course

The Fazio is a reinvention of The Haig, PGA National Resort & Spa’s original 18-hole course that opened in 1980. The Haig was designed by George and Tom Fazio in tribute to five-time PGA champion Walter Hagen, and its renovation is being led by third-generation designer Tom Fazio II, who emphasized modernizing the course layout. While the original par-72 routing remains intact, the renovation improves the classic golf architecture with modern advances, including:

Fazio II himself believes his renovation “[achieves] that ideal balance where single-digit golfers will be fully challenged while higher handicaps will have a layout ideal for a day of enjoyable resort golf.”

Designed by Tom and George Fazio, The Squire is the shortest and most exacting of the courses at PGA National Resort. Accuracy with fairway woods and long irons is tested on many tees, and the new smaller “Emerald Bermuda” greens demand precise approach shots. Several doglegs provide a risk/reward opportunity for any longer hitter as well. The Squire is surrounded by natural areas teeming with vegetation and wildlife – the 5th hole even runs along part of a wilderness preserve, which borders the west side of the PGA National community.

In addition, the Squire has several doglegs to test the longer hitter’s control. Success or failure on the doglegs will make or break your round.

The Squire is named after the immortal Gene Sarazen. Nicknamed “The Squire,” he is as much a part of golf history as anyone who has played the game. He was a true competitor who became the first person to win the professional “Grand Slam” – the U.S. Open, British Open, PGA Championship, and the Masters. His actions on and off the course were always exemplary, and he stands today as a credit to all who have enjoyed the game.

The Estates Course at PGA National :

The Estate Course (Bay Hill Estates) is located about 5 miles away the PGA National, and features its own clubhouse with snack bar and pro shop, plus beautiful practice facilities. Designed by Karl Litten, The Estates course presents an enjoyable mix of challenging and docile holes. The course sets up for any level of player as it is one of the shorter courses at PGA National Resort & Spa. Where golfers are tested is in the formidable placement of fairway bunkers and water hazards. Generous fairways at this course will often make stray tee shots more manageable, and the large, inviting greens help keep the course fun for the high handicapper. Forced carries to many of the greens over either hazards or bunkers create a test that makes each round more enjoyable than the last. With an open feeling created by the property-wide housing setbacks, the course seems almost like a core golf course. 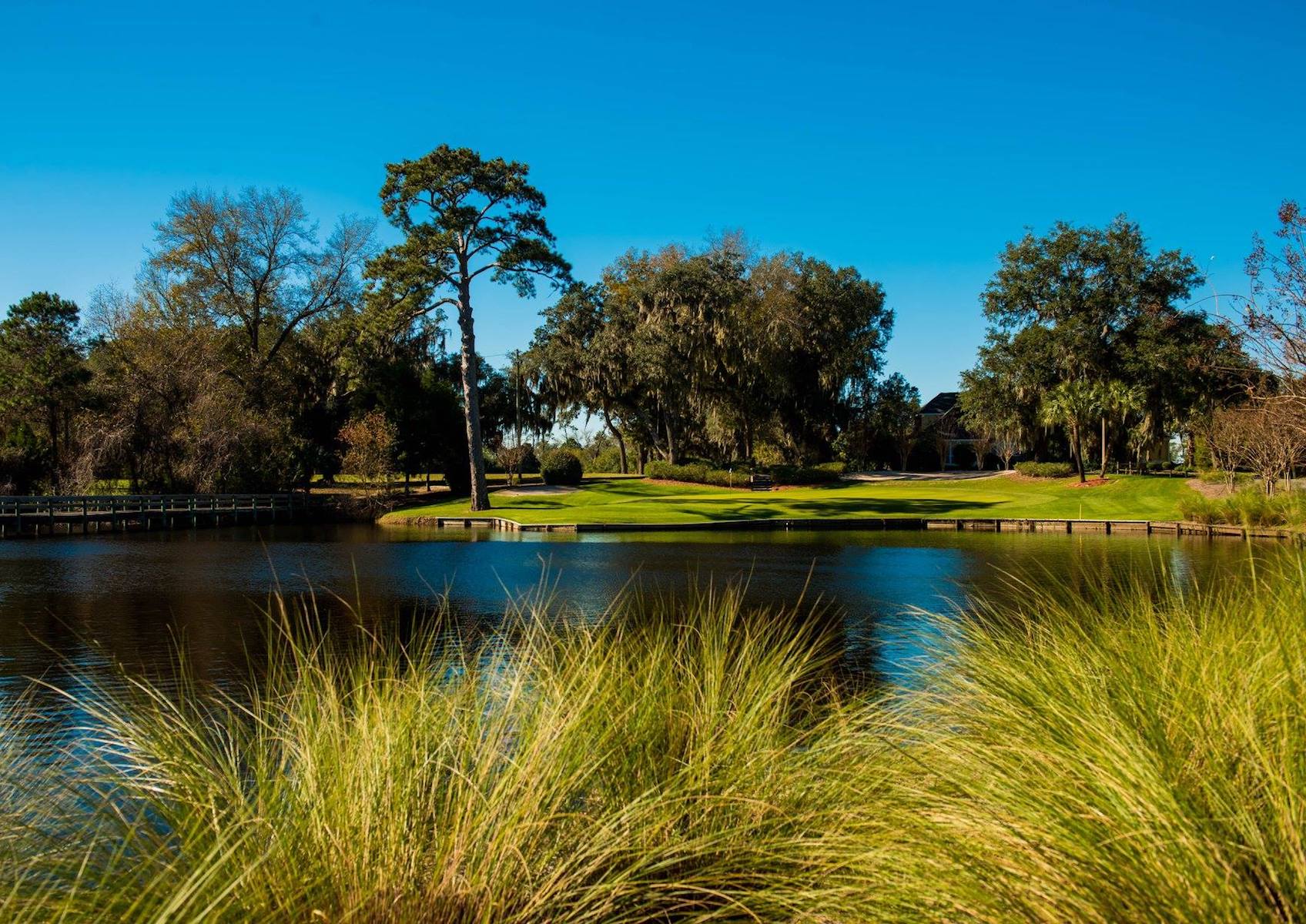 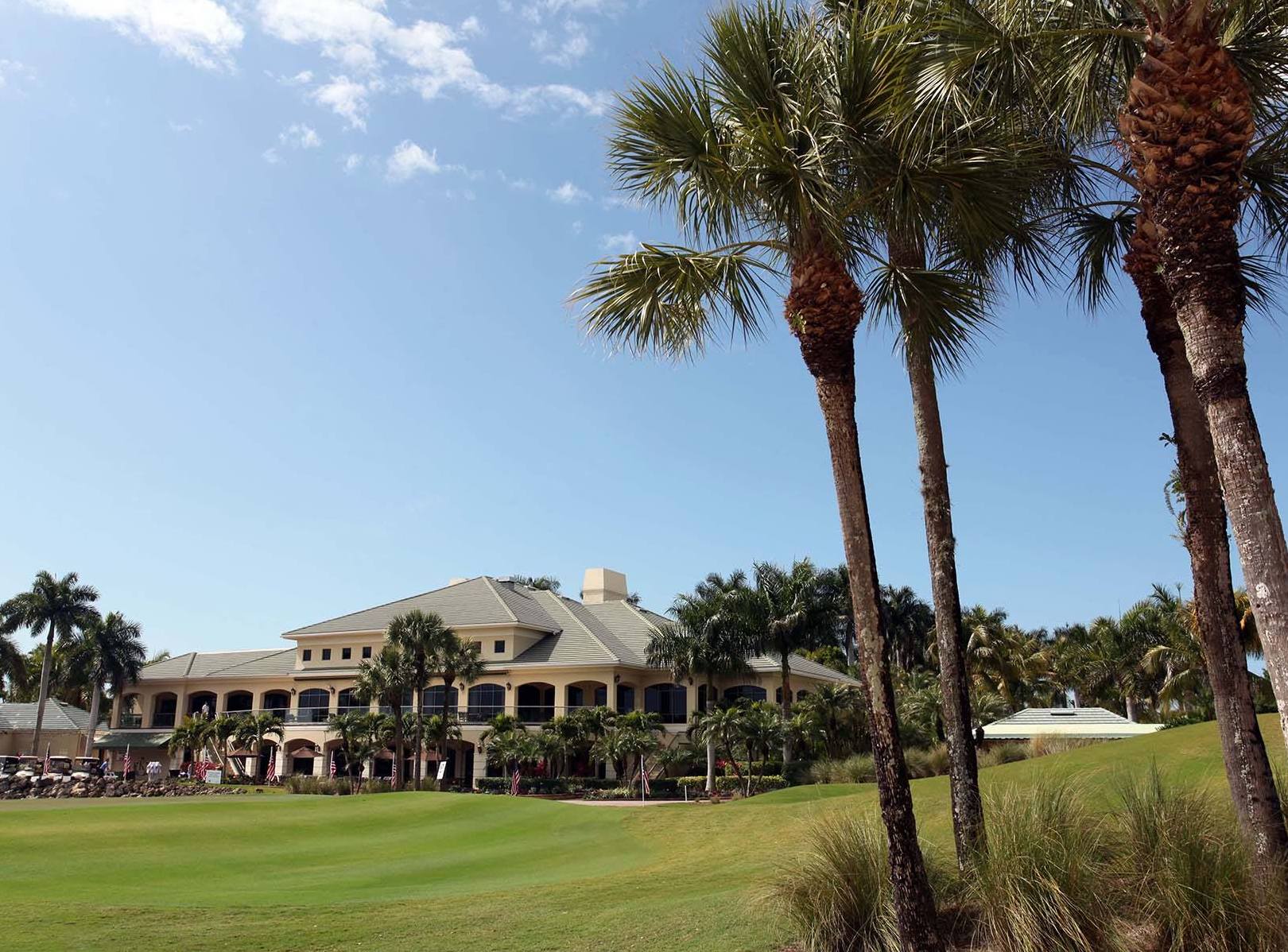 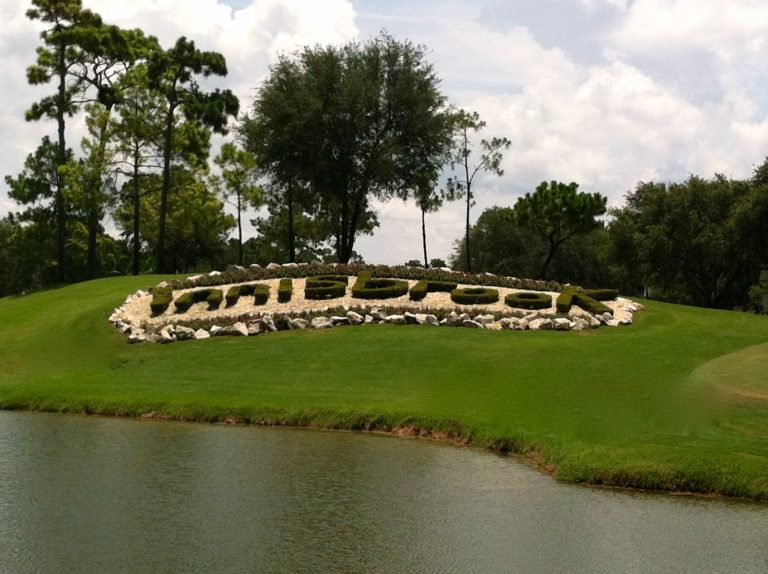