Located in Mpumalanga’s Capital, Nelspruit, the Nelspruit golf course is the busiest and certainly a contender for one of the best courses in the region. Wide evergreen fairways create an aesthetically appealing surface to play off of, but it’s not just the looks that keep people coming back. The city of Nelspruit is situated in the fertile flood plain of the Crocodile River.

The course itself is a Matkovich designed Parklands layout and has rating of 71 two tees are offered with the men’s measuring 6074m. Play starts off with some of the the toughest opening holes before settling into its stride. It’s a rather intimidating start at Nelspruit, where the opening hole is a really strong par four measuring all of 475 yards from the back tees but the front nine ends with a couple of benign two shotters, the second of which features a rather ornate water feature to the right of the green. On the back nine, the par five 14th is real feature hole. It’s reachable in two shots for big hitters but trees to the left and a ditch to the right of the fairway will catch overly wayward shots en route to the green.

Among many excellent golf holes, the par-3 6th is a gem, requiring an accurate carry over a wide ravine, with the river below. The plunging par-5 14th, played from an elevated tee, is another dramatic and potential card-wrecking hole. Although the lure of Leopard Creek or Hans Merensky (3 hours north) may be your ultimate golfing target in this Kruger Park area, try to create time to play this excellent course at Nelspruit, and learn more of the legend of Jock of the Bushveld.

The Nelspruit golf club hosts an annual competition called the “Jock of the Bushveld Festival of Golf,” and this event attracts amateur golfers from all over the country. Started the same year that the course was extended to 18 holes, when a couple of members decided to organise a tournament for ordinary (as opposed to elite) golfers, the “Jock” now sees around eight hundred golfers play something like two thousand rounds at Nelspruit during one week in May of every year.

In close proximity to the club is the Kruger National Park. This is one of the world’s biggest and best-stocked game reserves, with Africa’s Big Five (lion, leopard, elephant, buffalo and rhino) present in abundant numbers. 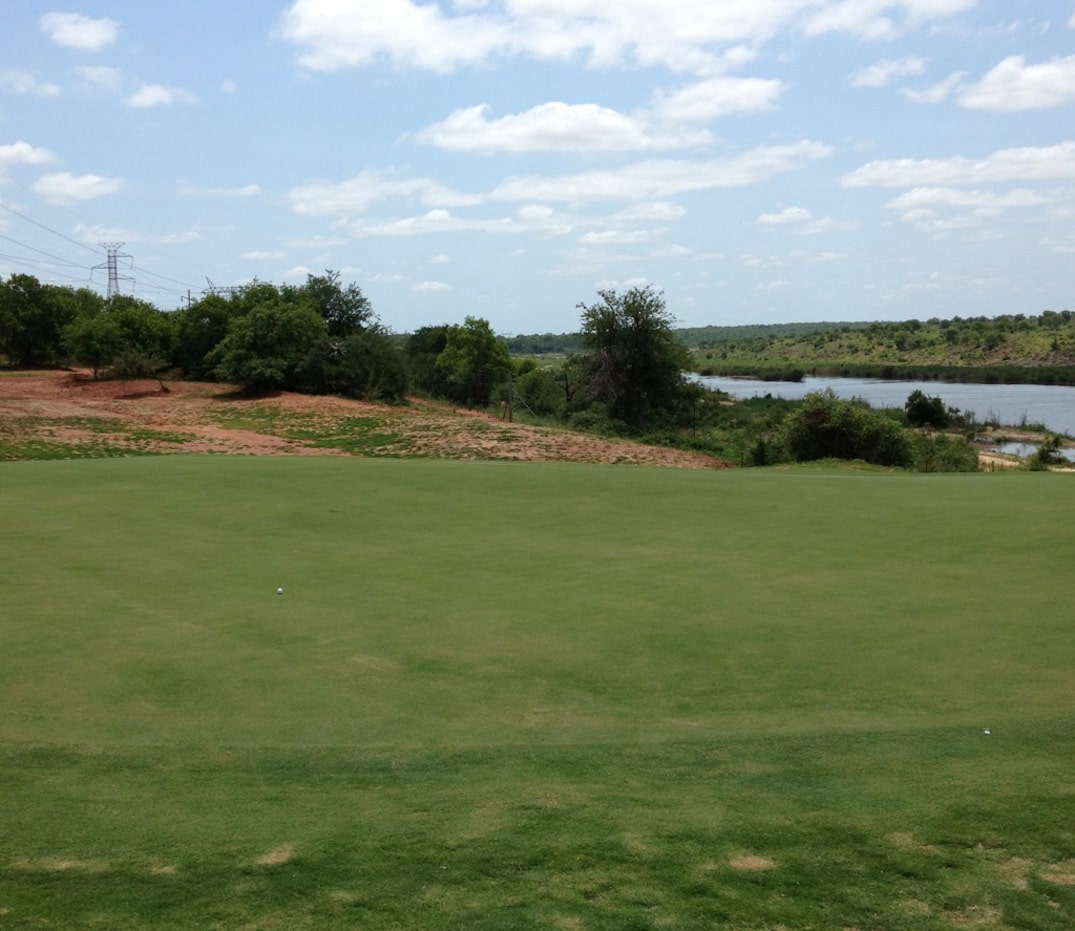