The King Kamehameha Golf Club is the only private 18-hole golf course in Maui, Hawaii. The club’s 74,000 sq.ft. clubhouse is designed by Frank Lloyd Wright and sits at 750 feet above sea level offering Haleakala, as well as bi-coastal ocean views.

The golf club was named to honor the greatest king in the history of the Hawaiian Islands. The unification of the islands into a peaceful and prosperous kingdom has become his legacy, and inspiration to honor the culture of Hawai‘i and foster an awareness of the ‘aina (land) and its malama ‘aina (native resources).

Designed by Ted Robinson and later refinished by Ted Robinson Jr. in 2005, the golf course meanders up and down, sideways and ends with smallish, undulating greens. The front nine is actually more difficult than the back nine, but both are plenty of challenge. Along the way, not only do you get the sensational background scenery of the mountains and the ocean, but the golf course in manicured to the nth degree.

Ornamentals bloom, and there are babbling brooks and waterfalls throughout, including the par-5 finishing hole, where you drive your golf cart under the last stream and waterfall to the back of the green in front of a magnificent Frank Lloyd Wright-designed clubhouse.

The finishing hole at King Kamehameha Golf, by the way, is one of the best on Maui. At 559 yards, it’s reachable because it’s downhill, but a lake guards and the aforementioned waterfall guards the green.

The big bonus, however, is the clubhouse. Both the men’s and women’s locker rooms are lavish with spa facilities, including therapeutic showers, whirlpools and saunas. And with the club’s member-for-a-day program ( afternoons during the week), you truly do feel like a member at a high-end club. 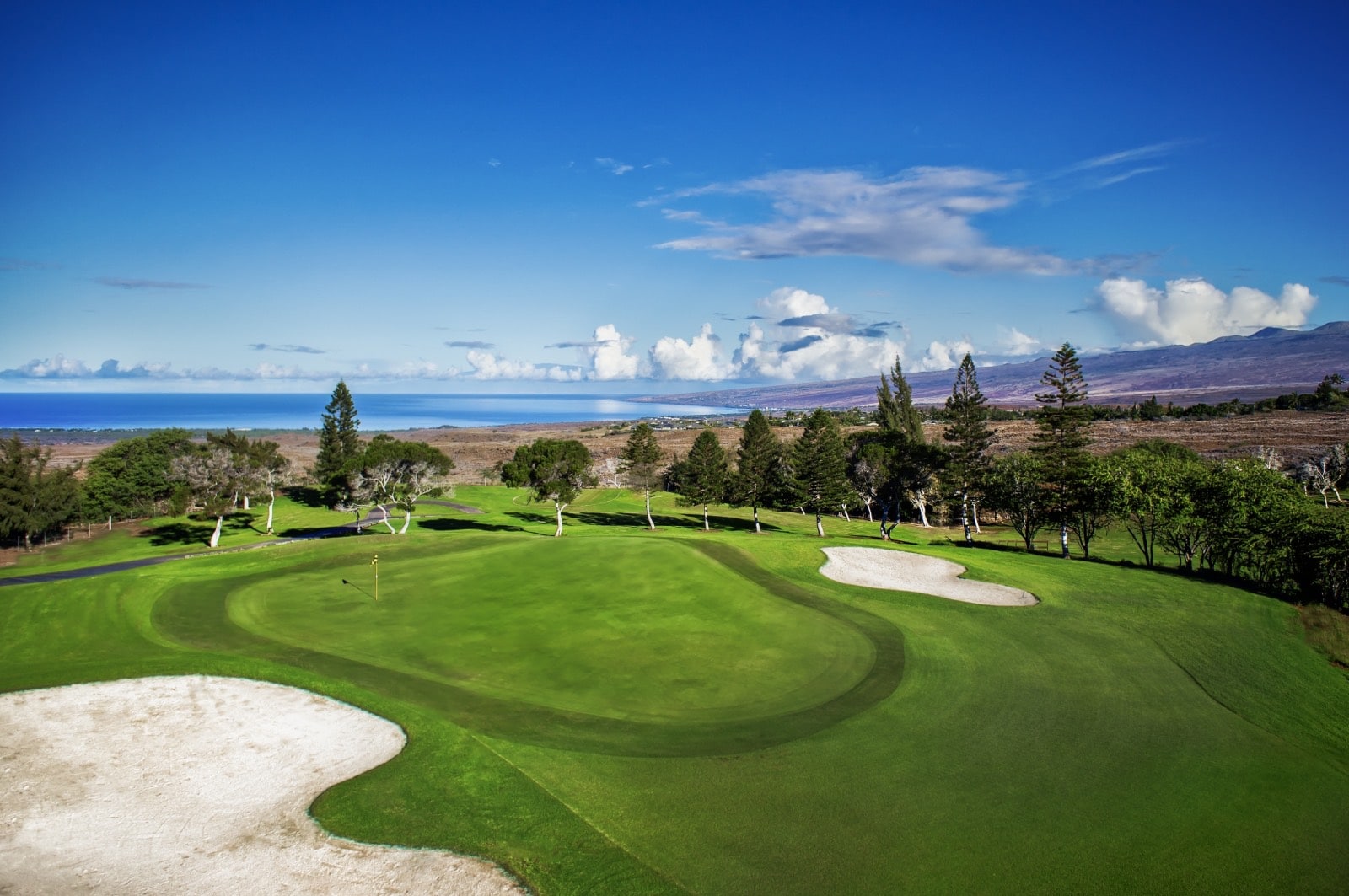 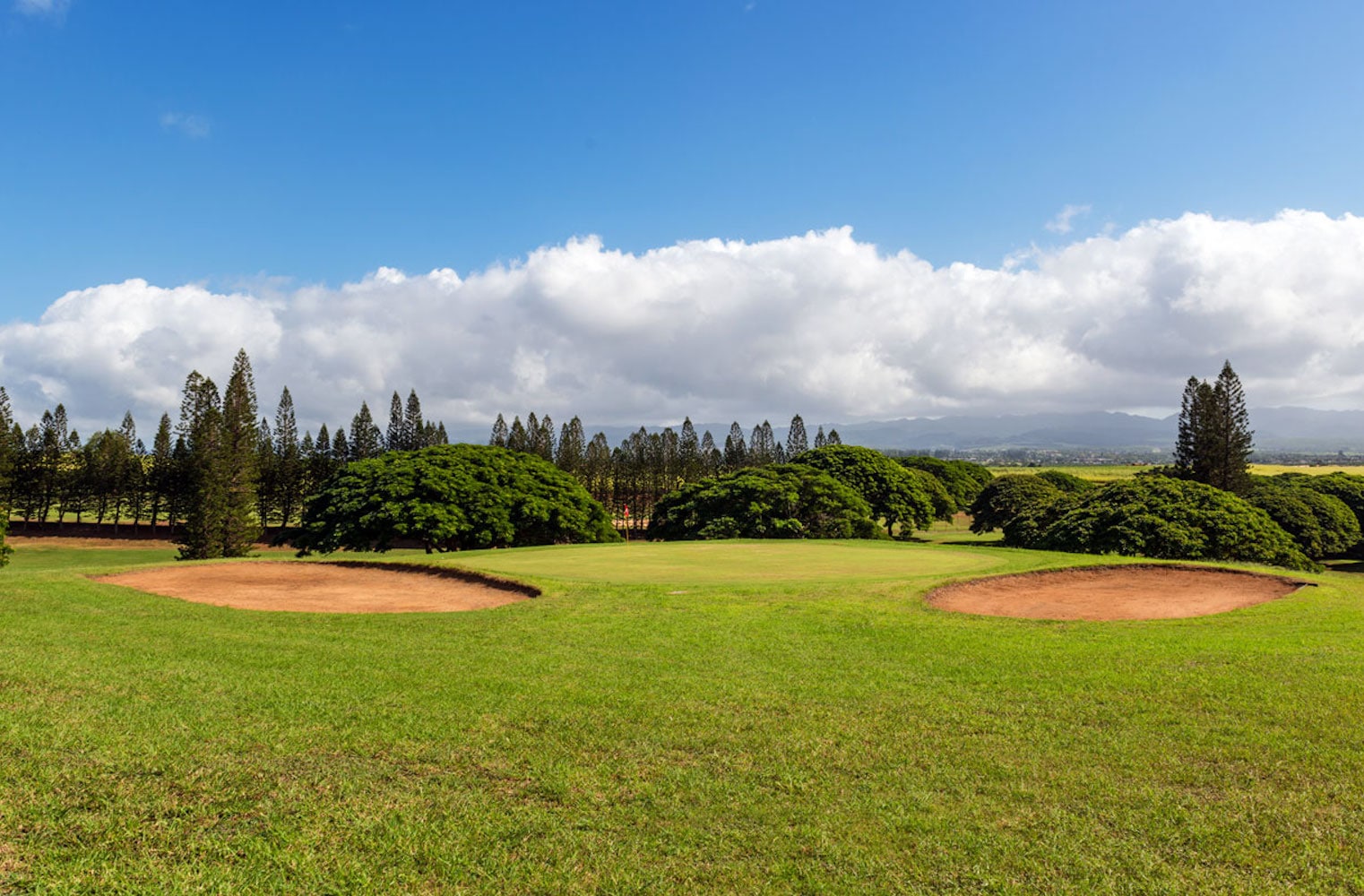 Experience At Koele, The