The course at Kilimanjaro Golf Club is a 2013 David Jones design that is the centrepiece of the stunning 1,000-acre Kilimanjaro Golf & Wildlife Estate (known locally as Kiligolf) in northern Tanzania.

Set at nearly 1,400 metres above sea level, Kilimanjaro Golf Club is Tanzania’s first golf and wildlife resort where the views are undoubtedly jaw dropping. The snow-capped peak of Mount Kilimanjaro is Africa’s highest mountain (16,000 feet) and this dormant volcanic spectacle, with the Maasai Steppe in the foreground, cannot fail to inspire visitors.

The golf course itself is impressive too, with four sets of tees that stretch the layout from a modest 5,400 metres to a testing 6,500 metres from the tips. The Kilimanjaro Golf Club is set to become an international tournament venue of some repute.

The presentation of the course is highly unique, with each hole blending effortlessly in to the natural canvas of the terrain. Indigenous plants, native grasses and trees add to the individuality of the landscape, providing golfers with a once-in-a-lifetime experience.

The greens are large, with subtle changes in elevation as the location demands. All are built to USGA specification; the accepted standard for high quality surfaces throughout the world. Bunkers have been strategically placed to allow golfers a fair route to the fairways and greens.

David Jones, the designer said : “The first nine tees off just beside the clubhouse with the very first green bordering a lake surrounded by acacias. The second hole runs the length of one of the largest lakes on the course, of which the various levels are separated by small waterfalls and cascades.

The course then loops around to its highest point before returning to the club at the ninth; a beautiful and demanding par five, played along the stream on the left with an option to lay up for two or aim for the green across the lake.

The second nine runs around the lower part of the estate, with some dramatic natural water features along the furrow, expanding into long and strategically placed lakes at the 11th, 12th and 13th. The final hole, a real risk-versus-reward par three, requires a bold approach to a wonderful island green”.

The clubhouse itself sits slightly raised above fairway and green levels. At the nearby driving range, players can enjoy the spectacular view of Mt Kilimanjaro whilst practicing their shots.

Kiligolf is half an hour away from Kilimanjaro International Airport. There are several high quality lodges on the estate to pamper you. 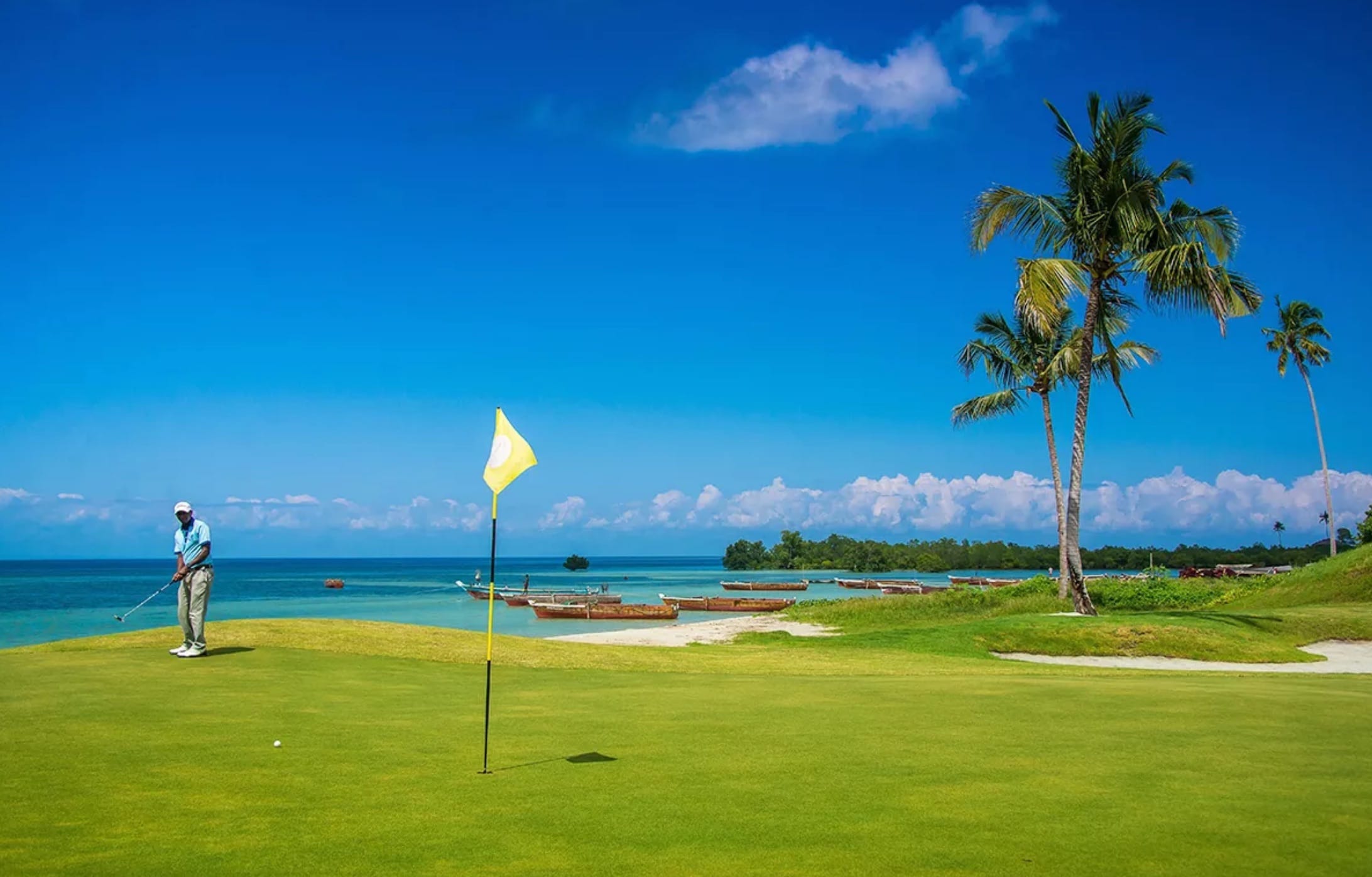