No, El Tigre Golf Club at Paradise Village Resort in Mexico was not named after or designed by Tiger Woods, although it did open in 2002 during Tiger’s reign of terror on the PGA Tour.

The splendid Robert Von Hagge design got its name from the live tigers kept in cages next to the 17th tee. These beasts are just a mere sideshow to a stout, 7,239-yard golf course that can bite back as well.

El Tigre Golf roams a flat parcel of land inside a gated community, although the homes are never a bother. Water from intertwined lakes comes into play on 13 holes, while more than 120 bunkers sprinkle in more trouble. Fortunately, a unique routing of five par 5s and five par 3s allows everybody a better chance to score.

It may not be the most difficult course you have ever played, save one hole, but this Robert von Hagge design is perfect for a relaxing holiday round yet tough enough off the black tees to keep single-figure handicappers honest, especially when they get to the par-5 18th.

There is a profusion of water right from the 1st tee where a lake beside the tee box connects to another by the peninsula green via a meandering brook that runs all the way down the left side to a waterfall. Just ignore all that beauty and aim right!

A lot of water hazard and bunkers at El Tigre Golf

Although 12 of the holes involve a water hazard, the 6th is the hole where it surrounds you. This 171-yard par-3 plays across a lake to an island green. Not content with this being difficult enough anyway, Von Hagge and his team stuck an insidious little pot bunker front left to tempt golfers into over-clubbing. And before climbing the steps to the huge clubhouse and that cold beer to which we have been so looking forward to, we have to negotiate the daunting 18th. At 621 yards off the tips, there are few more challenging holes in the whole of Mexico.

From the back tee it looks miles even to reach the fairway, which has water—lots of it—all the way down the left. In the far distance, there’s a green surrounded by what Von Hagge called a “beach bunker,” though it looks more beach than bunker. Prepare to be happy with bogey.

“Create the most exciting championship golf in Mexico”, was the challenge given to the team of Von Hagge, Smelek and Baril, designers of over 200 of the world’s finest golf courses. The result a 7,239 yard masterpiece. 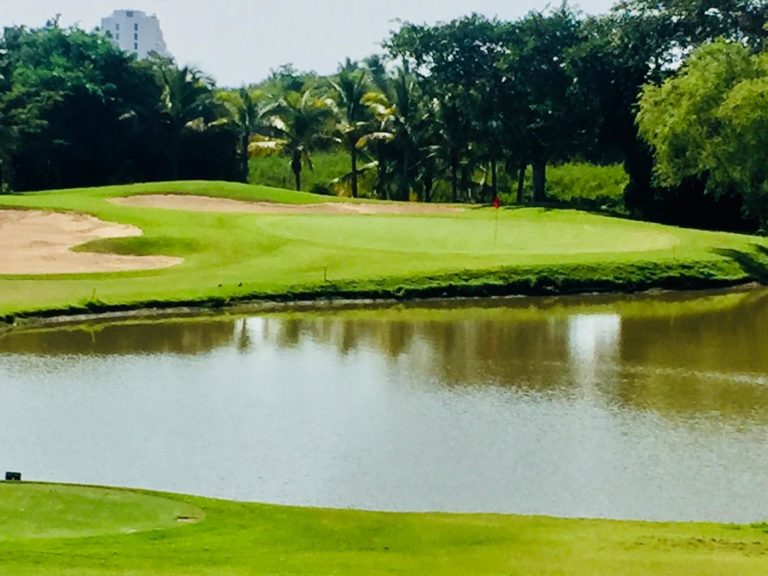 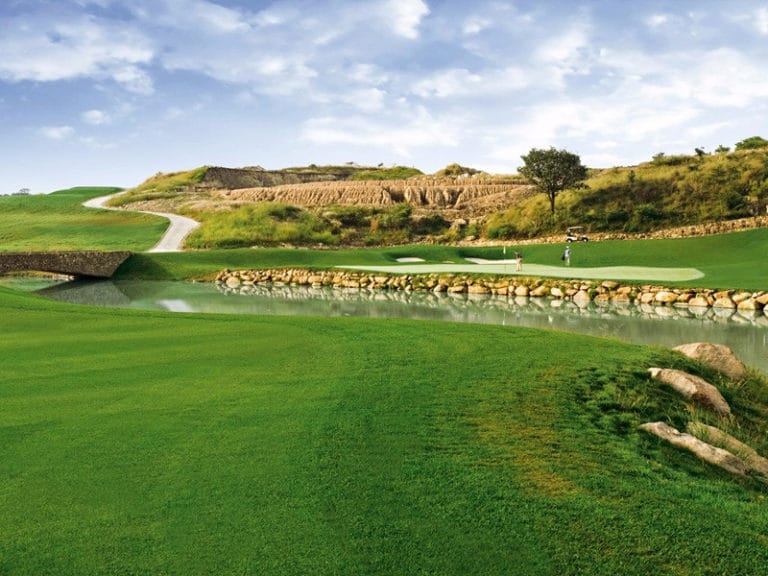