Located southwest of Edmonton and situated along the dramatic banks of the North Saskatchewan River, Blackhawk Golf Club is widely considered one of Canada’s premier private facilities.

Designed by Rod Whitman, a native Albertan, Blackhawk Golf Club quickly established itself as one of the top contemporary courses in Canada when it opened in 2003, twenty years after the architect’s acclaimed Wolf Creek.

The 18 holes at Blackhawk Golf Club are routed along the banks of the North Saskatchewan River outside Edmonton and – in contrast to Wolf Creek where significant shovelfuls of soil were shifted to fashion the fairways – Whitman is quoted as saying that here he only “moved some earth to build the eleventh green and pushed around a bit of dirt on (the) eighteenth but that’s about it.”

The long 7th is a fine, strategic hole on the outward half but the star of the show is another par five, the 590-yard 11th, where the fairway drops over 100 feet from tee to green. Bunkers protect the right side of a fairway that leads to a sunken peninsula putting surface that might yield an eagle one day and a triple bogey the next.

Blackhawk Golf Club has all the amenities and atmosphere that you would expect from world class private club and is committed to providing an unforgettable golf and social experience. 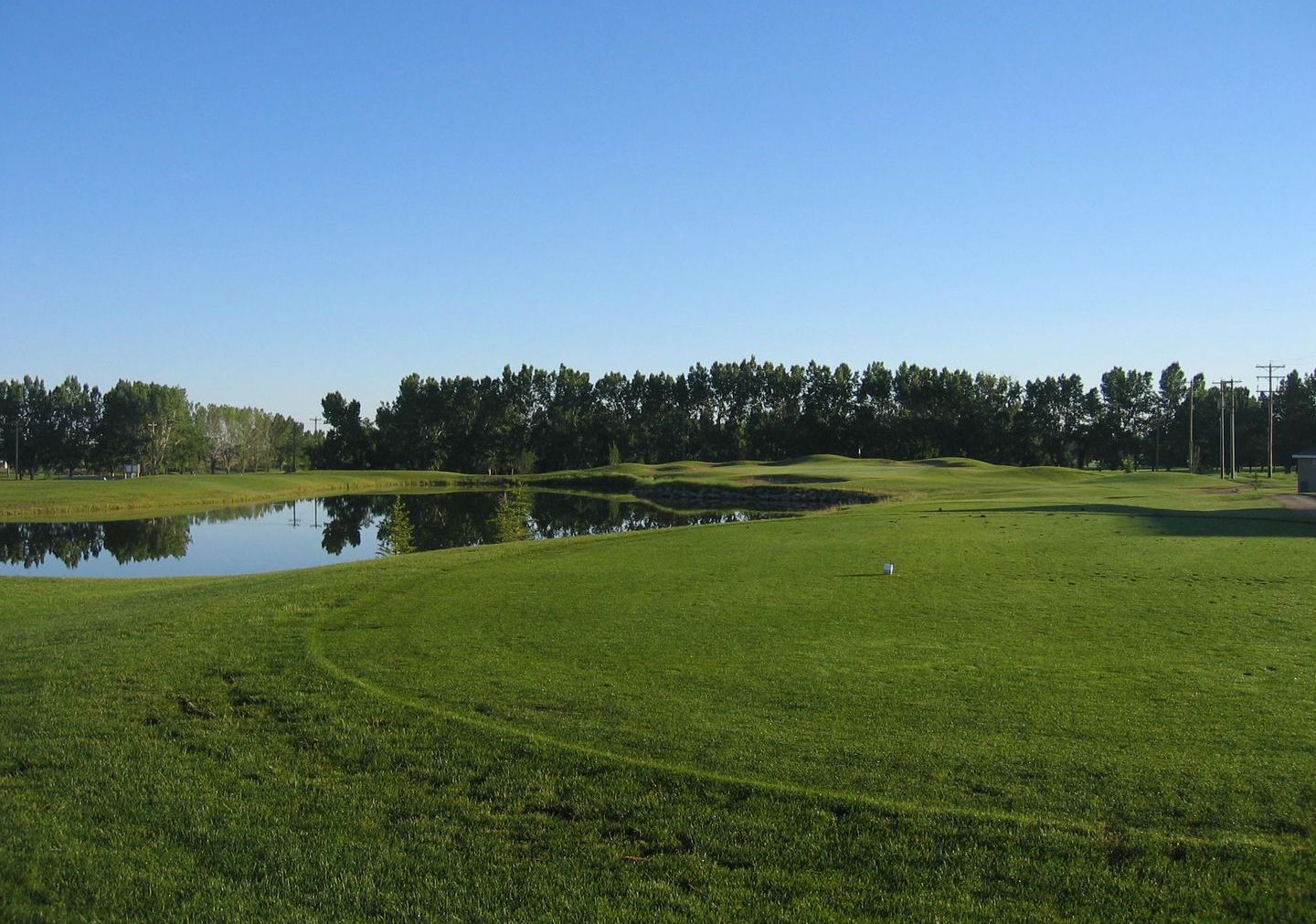 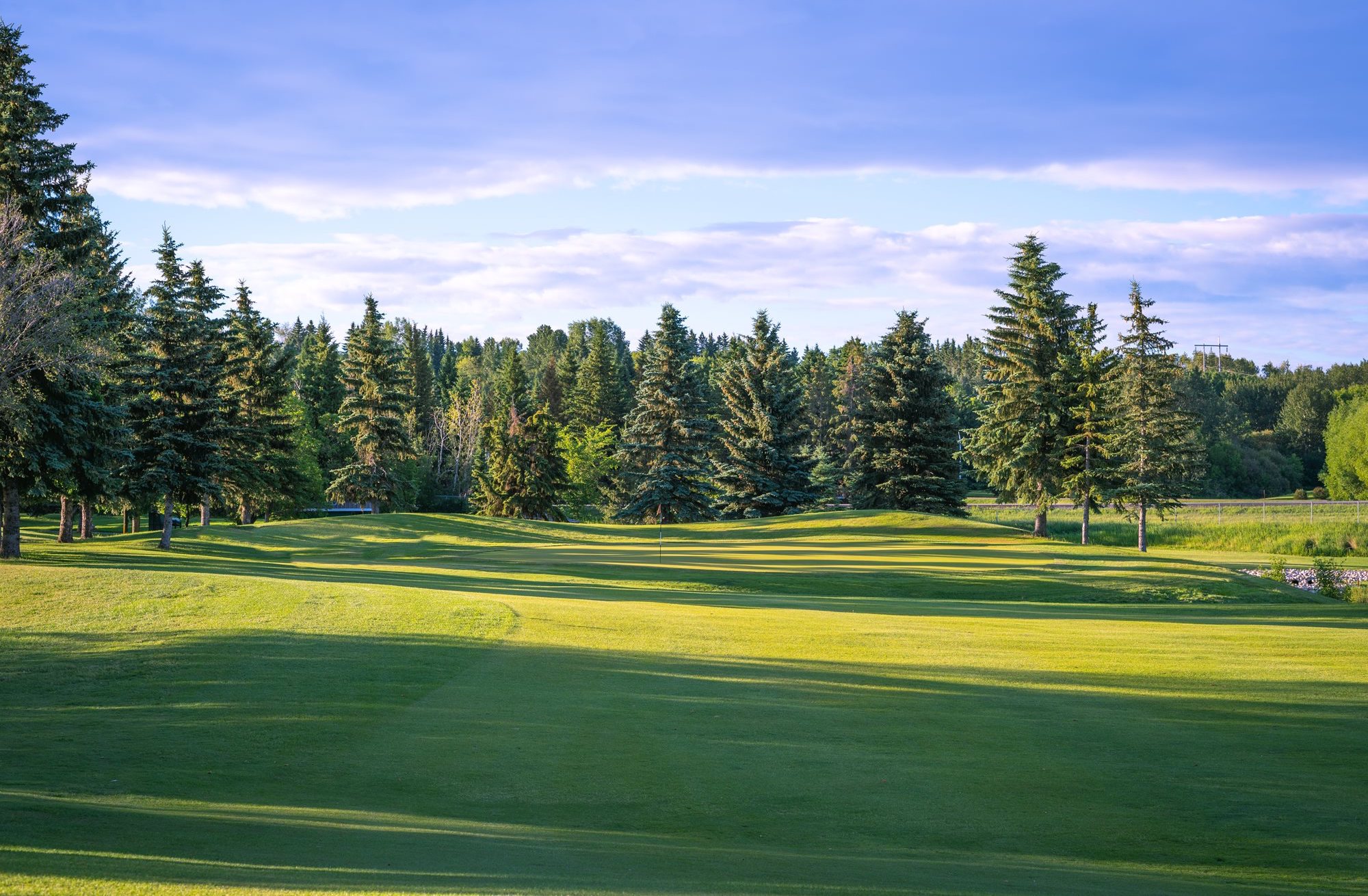 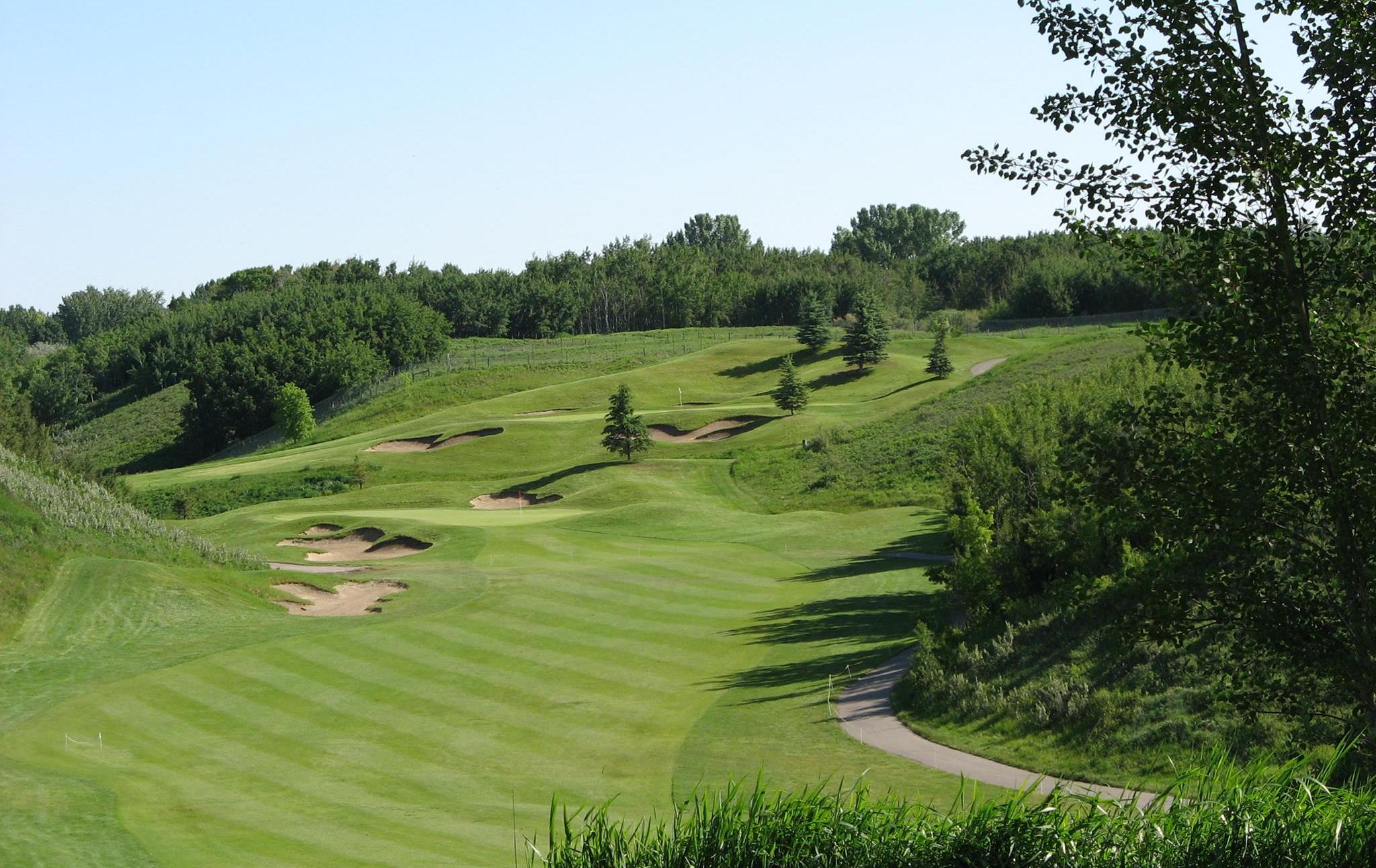