The par-70 Palm Course (opened in 1989) plays 6,525 yards from the back tees with a rating/slope of 70.9/129. The shorter of the two full-size courses, it nevertheless demands solid shotmaking as it requires more forced carries off its well-manicured tee boxes, and its par 3’s are longer than those on the Mountain Course. Three par 3’s measure 200 yards or more. The shortest is the 175-yard eighth hole, where water fronts the green and a large bunker guards its back. The longest par 3 looks like a desert Stonehenge; the 220-yard 12th hole plays over desert to a green fronted by both sand and grass bunkers and flanked by two massive boulders, one on a front bunker’s back edge and another behind the green. The three par 5’s all play less than 550 yards. The 525-yard No. 6 is rated the toughest hole on the course. A drive straight toward the green on this split-fairway, double dogleg must carry desert to reach a fairway bracketed by arroyos and bunkers left and right. A tee shot to the alternate left fairway is a safer initial route, but then the second shot must carry the arroyo that runs all along the left side from tee to green. A huge bunker short left of the green further challenges the layup second shot, and another large bunker sits behind the green. The 10 par 4’s offer a full range. Six play less than 385 yards; four measure more than 400. The 459-yard 10th is one of the course’s toughest holes, with its green virtually surrounded by bunkers.

Angel Park also offers an award-winning youth program — it was VegasGolfer magazine’s 2002 readers’ pick for the best in the city. Junior camps are offered in summer. 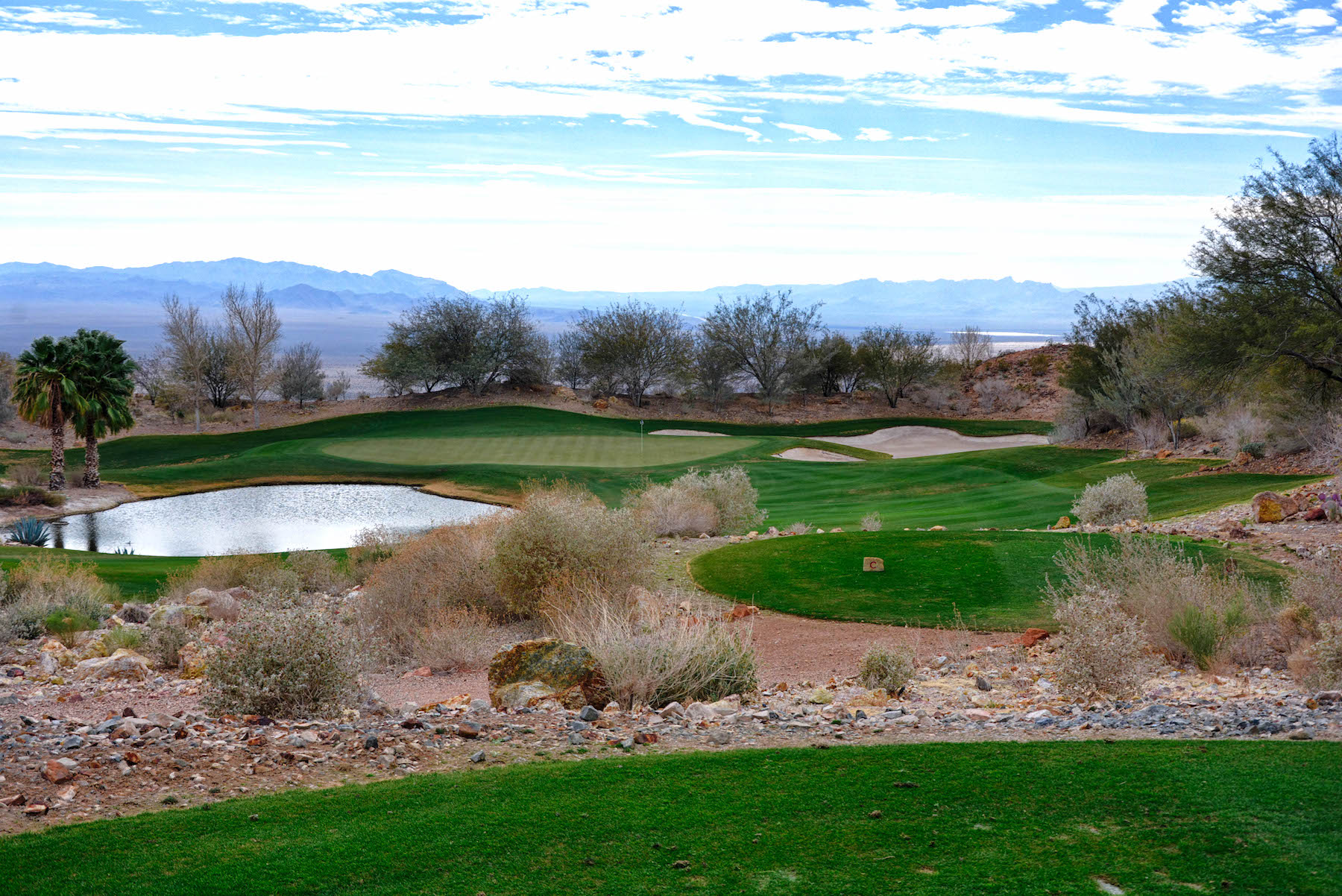