Malta is a popular tourist destination with its warm climate, numerous recreational areas, and architectural and historical monuments, including three UNESCO World Heritage Sites: Ħal Saflieni Hypogeum, Valletta, and seven megalithic temples, which are some of the oldest free-standing structures in the world.  There is only one golf in Malta. The Maltese Governor and Commander in Chief, Sir Henry D'Oyley Torrens, founded Royal Malta in 1888. Sir Henry took golf with him on his journeys around the world with the armed forces, having previously set up the Cape Golf Club (the forerunner of Royal Cape) in Cape Town, South Africa, some years earlier. On Sir Henry's command, the British Forces laid out a nine-hole course around the dry moats that surround Valletta. The club moved to its present location in the Marsa Grounds in 1904 and an unknown architect, probably serving with the British Forces, laid out the course on a relatively small parcel of land. 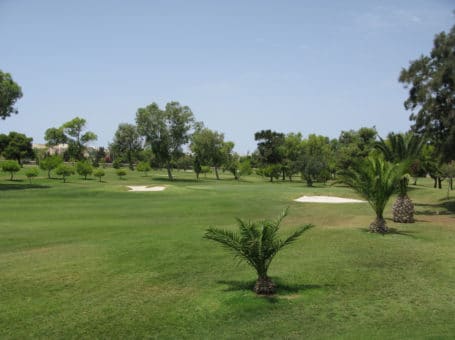